Officer fired for donation to Rittenhouse fundraiser now speaking out

A police officer in the state of Virginia who was fired after it was revealed he donated $25 to a fundraiser for Kyle Rittenhouse is speaking out after receiving a fundraising cheque of his own from the Daily Wire's Candace Owens. 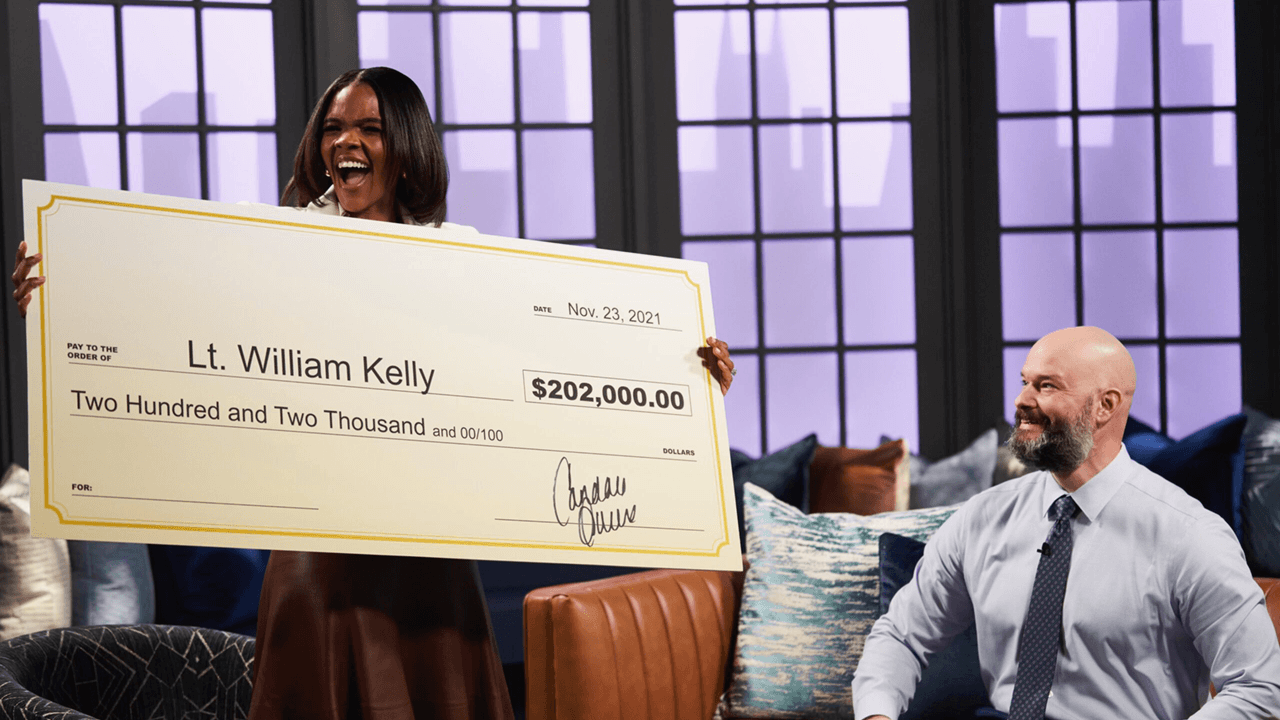 A police officer who was fired over support for Kyle Rittenhouse is now speaking out a year after he was terminated for supporting the teenager. On Monday, he was presented with a $202,000 check by Daily Wire host Candace Owens.

Owens launched a fundraiser for the fired police officer on Sunday, telling her audience that Kelly was forced to live off his savings and his wife’s teachers salary since being forced out of his job. Her goal was initially set to $100,000 but it quickly surpassed its goal.

In an appearance on “Candace,” Owens gave the former cop a check of $202,000 from the fundraiser she launched, promising that even more funds are on the way as the giant check had to be printed earlier for the show. In total, Owens’ fundraiser has raised more than $245,000, all of which will go to Kelly and his family, the Daily Wire reported.

“I don’t care how you spend it … but I do hope you sue the city,” Owens said.

Last year, Lt. William Kelly was fired by the Norfolk Police Department in Virginia after he sent a message of encouragement and $25 to a fund for Kyle Rittenhouse. Although the message was anonymously sent, left-wing newspaper The Guardian leaked the names of police officers and public officials who donated to the fund. Kelly reportedly donated only $25, using his department-issued email address when making the donation anonymously.

The Guardian gleamed the identities from a data breach at the crowdfunding website GiveSendGo, which was reportedly performed by left-wing activists called Distributed Denial of Secrets.

The breach, shared with journalists by transparency group Distributed Denial of Secrets, revealed the details of some donors who had previously attempted to conceal their identities using GiveSendGo’s anonymity feature, but whose identifying details the website preserved.

Rittenhouse, who became a cause célèbre across conservative media throughout late 2020, and was even supported by then president Donald Trump, held a fundraiser on GiveSendGo billed as a contribution to his legal defense. According to data from the site, he raised $586,940 between 27 August last year and 7 January.

Among the donors were several associated with email addresses traceable to police and other public officials.

One donation for $25, made on 3 September last year, was made anonymously, but associated with the official email address for Sgt William Kelly, who currently serves as the executive officer of internal affairs in the Norfolk police department in Virginia.

Former Lt. Kelly’s donation carried the comment, “God bless. Thank you for your courage. Keep your head up. You’ve done nothing wrong.”

Speaking to Owens, Kelly explained how he was fired.

“I’m getting ready for work one day, and a fellow police officer called my cellphone and said they started getting phone calls from different people who were critical of my decision to donate, and he just wanted to give me a heads up,” Kelly said, recalling how he found out his anonymous donation was made public by the Guardian.

Kelly said he then called his boss, who told him that he didn’t think the donation was a “big deal.” However, as the day progressed, the police department started to receive pressure from social media, emails and phone calls.

“It was an emotionally-driven day,” Kelly said, telling Owens that he received death threats over the donation. He was fired and prevented from speaking to superiors involved in his termination.

Kelly said that as “social justice” movements like Black Lives Matter have become increasingly prominent, their demands are often inconsistent and unjust.

“Police officers like the rule of law; the law is black and white; we apply the law equally in every situation, regardless who’s involved,” Kelly said. “And when we’re told to stand down, it’s confusing and it brings morale down.”