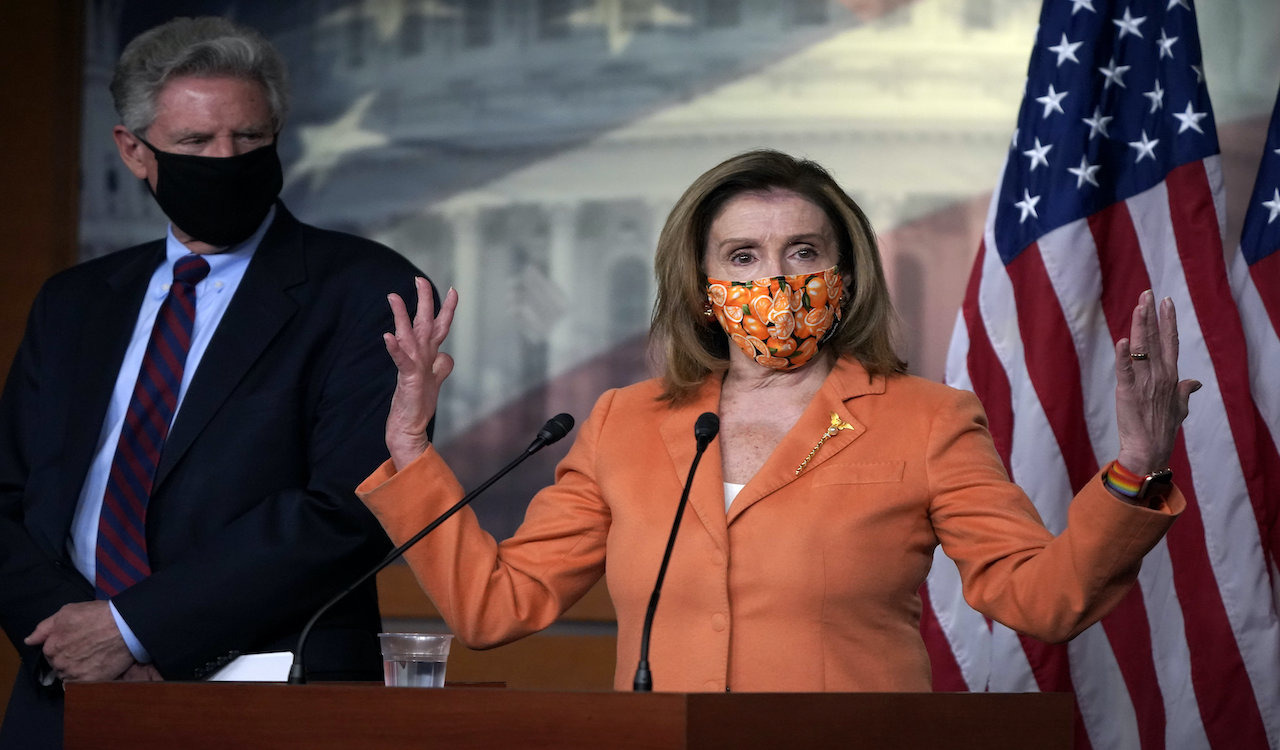 The Democrats have announced they are hosting talks to discuss removing President Trump from office utilising the 25th amendment.

Speaking at her weekly press conference, House Speaker Nancy Pelosi said that she and other Democrats intend to explore the viability of removing Trump using the 25th amendment, a constitutional clause that allows a majority of Cabinet officials to remove the President if they believe he is unfit to hold the position. However, they would require the assent of the Vice President to do so.

Democrats have previously floated the idea to remove Trump from office using the 25th, but it has never been officially proposed. This is the first time the party’s leadership, notably Nancy Pelosi, has brought forward the idea with serious consideration.

Pelosi told reporters to expect an event discussing the issue on Friday.

"Tomorrow, by the way, tomorrow, come here tomorrow. We're going to be talking about the 25th Amendment." pic.twitter.com/lLDAc0UYdU

“Tomorrow, by the way, tomorrow, come here tomorrow. We’re going to be talking about the 25th Amendment. But not to take attention away from the subject we have now,” she said.

“I’m not talking about it today except to tell you, if you want to talk about that, we’ll see you tomorrow,” she added. “But you take me back to my point, Mr. President, when was the last time you had a negative test before you tested positive? Why is the White House not telling the country that important fact about how this made a hotspot of the White House?”

For the amendment to be successful in its intended purpose, Vice President Mike Pence would have to sign off on the plan to replace the Trump—but only after a majority of Cabinet officials (or Congress) agree.