Saskatchewan and Alberta's premiers have signed a letter, along with 18 government officials across the U.S. and Canada requesting that the leaders of both countries reinstate the vaccine and quarantine exemption for truckers. 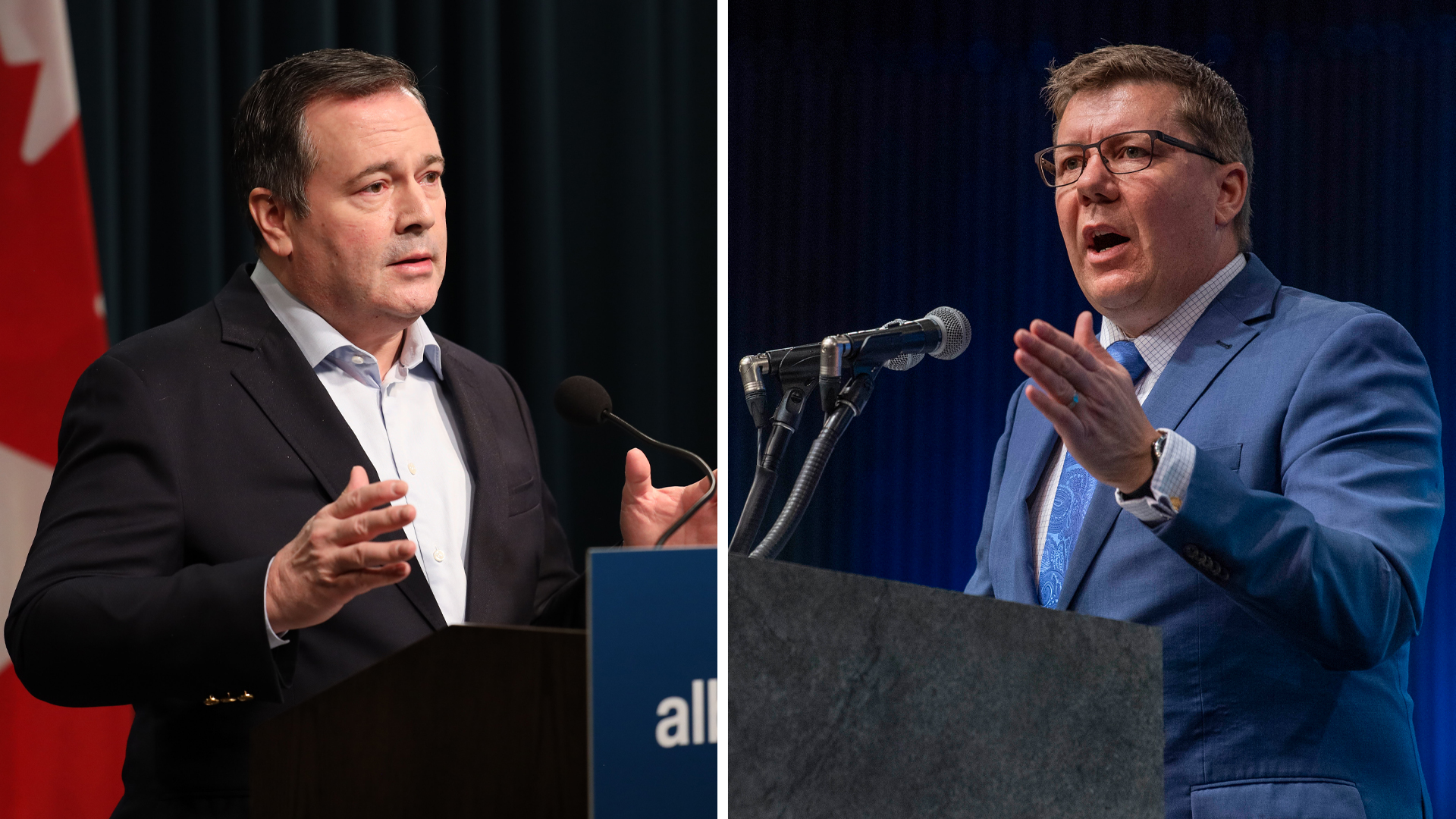 At approximately noon on Wednesday, Saskatchewan Premier Scott Moe announced on Twitter that he had joined 16 United States governors, as well as Alberta Premier Jason Kenney, in a call to both Prime Minister Justin Trudeau and President Joe Biden.

The letter is signed by several U.S. governors who have made headlines throughout the last two years due to their “controversial” and often more lax COVID-19 policies, from masking to opposing vaccine mandates, including South Dakota Governor Kristi Noem.

These elected officials have requested that both countries leaders immediately reinstate the vaccine and quarantine exemptions available to cross border truck drivers. 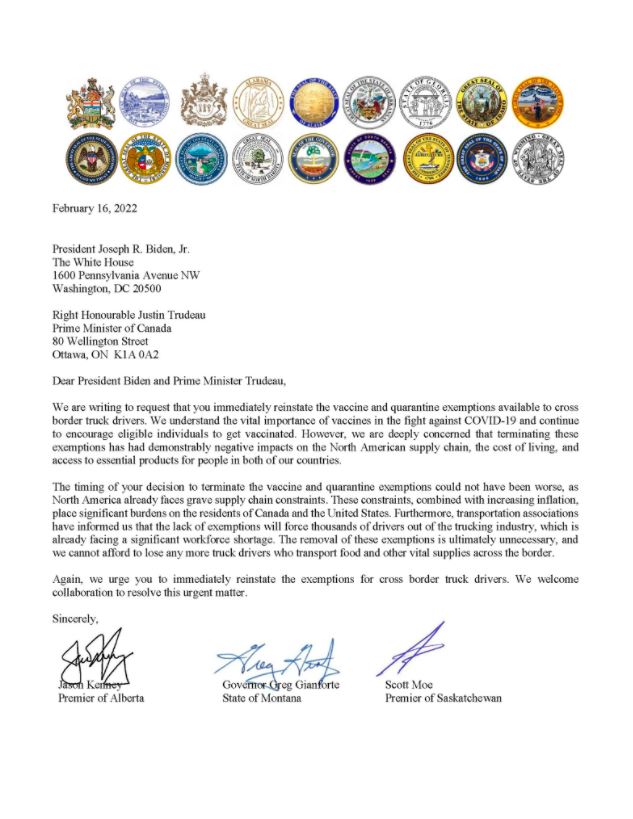 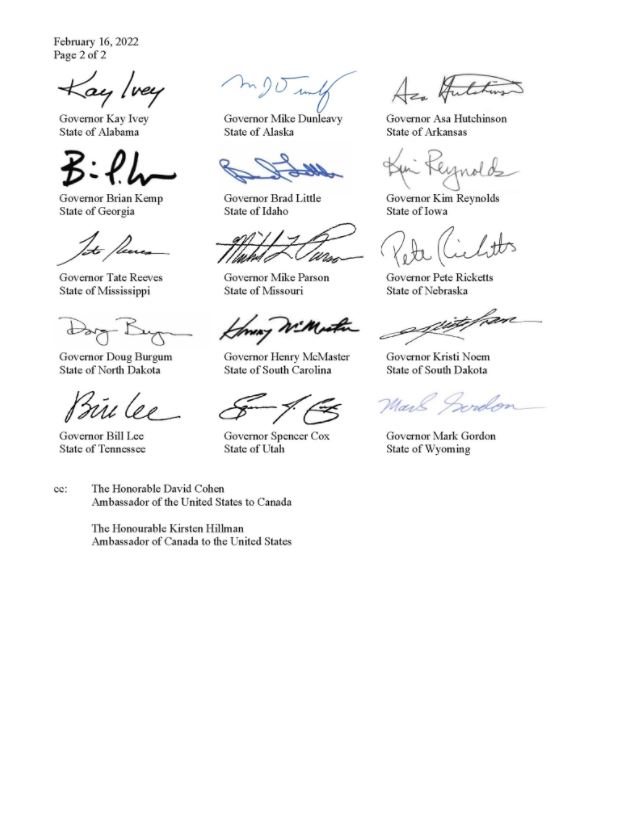 Until recently, all Canadian truckers were exempt from the standard COVID-related travel requirements for other passengers crossing the U.S. border.

However, both Biden and Trudeau have removed the quarantine exemption for unvaccinated truckers, with no proof-of-test option available.

These policies are what initiated the massive convoy to Ottawa which the world has watched over the last few weeks.

They emphasize that they understand the importance of vaccines in fighting COVID-19, but are “concerned that terminating these exemptions has had demonstrably negative impacts on the North American supply chain, the cost of living, and access to essential products for people in both of our countries.”

The letter continues by noting the terrible timing of the decision, given that North America is already facing “grave’ supply chain constraints, as well as increasing inflation, which is placing significant burdens on residents of both countries.

The provincial and state leaders also advise that transportation associations have informed them that the lack of exemptions will force thousands of drivers out of the trucking industry, which already faces staffing shortages.

They believe the removal of the exemptions is unnecessary and that we simply cannot afford to lose any more truck drivers.

Thus far, Justin Trudeau has been unwilling to speak with the truckers or discuss the end to the vaccine mandate they are fighting.

Trudeau, and the Liberal Party, along with the NDP, largely also voted against a recent Conservative motion to simply formulate a plan to end the mandates.

Instead, Trudeau has implemented the Emergencies Act, taking aim at donors who are financing the convoy, and also allowing for the dismantling of protests, despite all border blockades having been handled peacefully with existing law enforcement.

Biden, though not acting in such a dramatic way, has also shown little intention to budge on his position up to this point.

Will this passionate plea from these 18 elected officials get the attention of either Trudeau or Biden? Or will this be just another futile attempt to open a conversation that Canada’s leader simply stubbornly refuses to participate in?

Rebel News has reporters all over the country, as well as Australia and the United Kingdom.

We do not take any taxpayer funding or subsidies, instead relying on our generous supporters. If you would like to help us fund our independent journalism so we can continue to bring you the other side of the story, consider subscribing to RebelNews+ to get even more Rebel content!