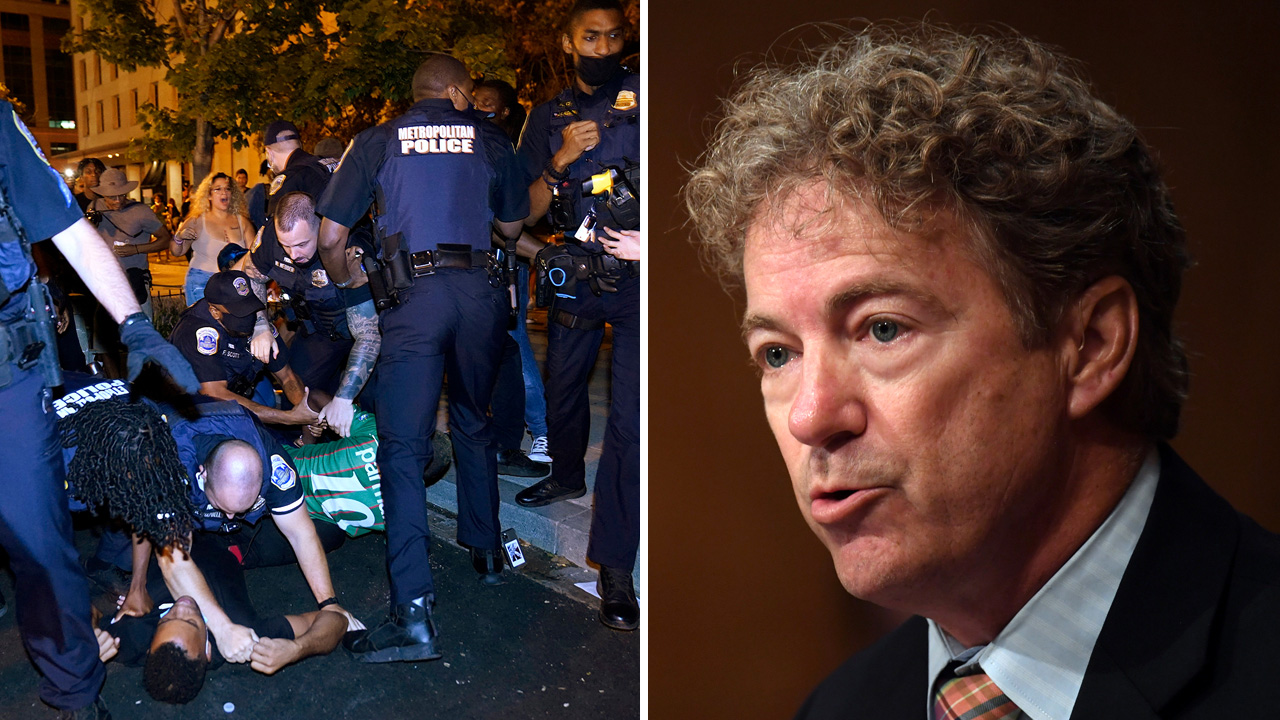 U.S. Senator Rand Paul is calling for the arrests of members of the violent mob who assaulted him and his wife, along with several police officers, following Trump’s 2020 Republican National Convention speech at the White House on Thursday night.

Footage of the attack was captured by multiple reporters who published video of the widespread protests and violence that occurred in Washington D.C.

Rand Paul and his wife and the police defending him were physically assaulted by BLM rioters who laughed like jackals as they attacked them. pic.twitter.com/Y1nvNybGXD

During the attack, members of the mob demanded that the Kentucky lawmaker “say her name” in reference to Breonna Taylor, whom Paul named in his bill to ban no-knock warrants, the Justice for Breonna Taylor Act. Taylor was fatally shot by police officers during a raid on her home in March and has since become a cause célèbre for the Black Lives Matter movement.

Belligerents jostled with police officers, shoving them violently into the Kentucky senator and his wife. One of the rioters laughed manically during the altercation in footage that has since gone viral on social media.

In a conversation with Fox & Friends host Steve Doocy, Paul said on Friday that the attack could be a part of a larger operation involving “interstate criminal traffic being paid for across state lines,” implying that the Black Lives Matter protesters and their agitators who descended upon him may not have necessarily been residents of Washington D.C.

“They were yelling threats. They were trying to push the police over to get to me," Paul said. “They were grabbing at us, and it got worse and worse and worse, and then finally, we decided to make a move. I said, 'We've got to move.'”

Paul explained that at the beginning of the encounter, the group threatened him and his wife with violence.

"If there's not reinforcements, we have to try to get to the hotel, which was another block and they were shouting threats to us, to kill us, to hurt us, but also threats, shouting 'Say her name, Breonna Taylor,' and it's like you couldn't reason with this mob — but I'm actually the author of the Breonna Taylor law to end no-knock raids," Paul said.

“[T]he irony is lost on these idiots that they are trying to kill the person who’s actually trying to get rid of no-knock raids and they were shouting and screaming and just — really these people were unhinged, but I can't tell you how. I'm not sure we would have made it," Paul told the Fox & Friends host.