Richmond Virginia riot could have been a mass casualty incident 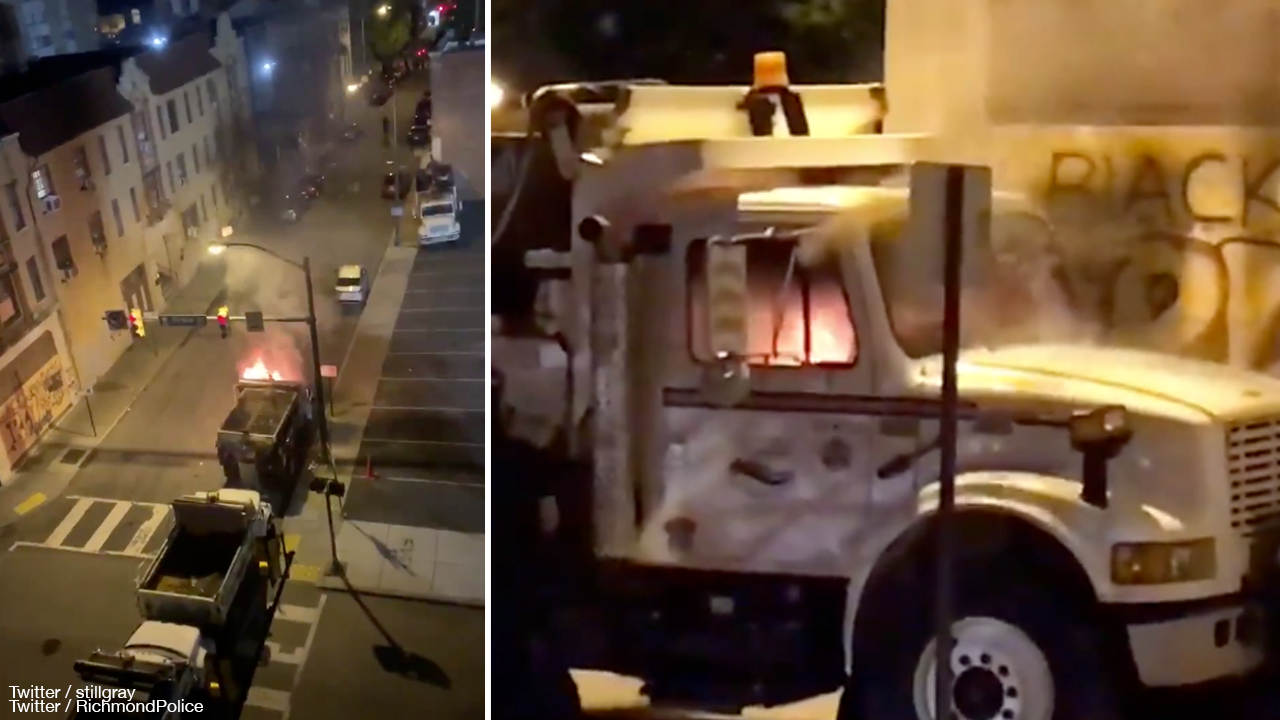 The riots that began in Minneapolis and Portland have spread to other cities in the United States, and the latest to experience mass violence is Richmond, Virginia, which saw a dump truck torched outside a police station. Police say the situation could have turned into a “mass casualty incident” had a burning truck exploded.

What began as a peaceful protest like any other quickly turned violent as the sun set on Saturday. Black Lives Matter protestors and Antifa militants marched to the police station and began rioting.

“Last night, Richmond’s long-held streak of peaceful protest ended,” Richmond Police Department Chief Gerald M. Smith on Sunday. “To begin, the event last night we had a feel for that something was amiss for about a week before that.”

The riot was one of several held on Saturday following a public call-to-action by Antifa organizers, who were amplified by the mainstream media including Yahoo! News and Harper’s Bazaar, which recently published a now-widely derided open letter arguing against “cancel culture.”

“A flyer and different versions of a particular flyer were going around the city of Richmond that we believe originated outside the City of Richmond and anyone who saw that flyer or read that flyer could clearly feel its tone,” said the police chief. “Its tone was to have intimidation and fear to the community and that was a cry and a rally to Monroe Park last week anywhere between 8:30 and 9 o’clock in which individuals, several hundred individuals did.”

Smith said that the situation became a riot once they arrived at the police station.

“These individuals, once they got to the police department, became very aggressive verbally towards the officers who were there,” Smith said. “That quickly escalated to throwing of bricks, batteries, rocks at officers – officers who had to protect themselves with shields. And I will give them great praise for their patience in that arena.”

The police chief said that orders to disburse were ignored, prompting rioters to pelt officers with rocks for “quite some time.”

“It was beyond the point that we could have taken action,” he said. “When we were forced to action was when the individuals in this crowd, and I’m just going to be blunt, these rioters in the crowd, the rioters [inaudible] this crowd set a dump truck on fire there at police headquarters, which became an entirely different situation.”

Protesters set a city dump truck ablaze outside RPD Headquarters. Unlawful Assembly has been declared. RPD officers must secure the area before firefighters can respond. pic.twitter.com/xzKkLO7sg8

The truck, Smith says, was set on fire. The city’s fire department stated that multiple arson fires were set during the riot.

Antifa sets fire to a dump truck in Richmond. pic.twitter.com/l73PHiKQeo

“If that fire [in the dump truck] was not put out, we may have had a mass casualty incident if those tanks had exploded,” Smith said.

Police were able to regain control of the scene and drove rioters away, whom they say set dumpster fires as they moved away from the police station.