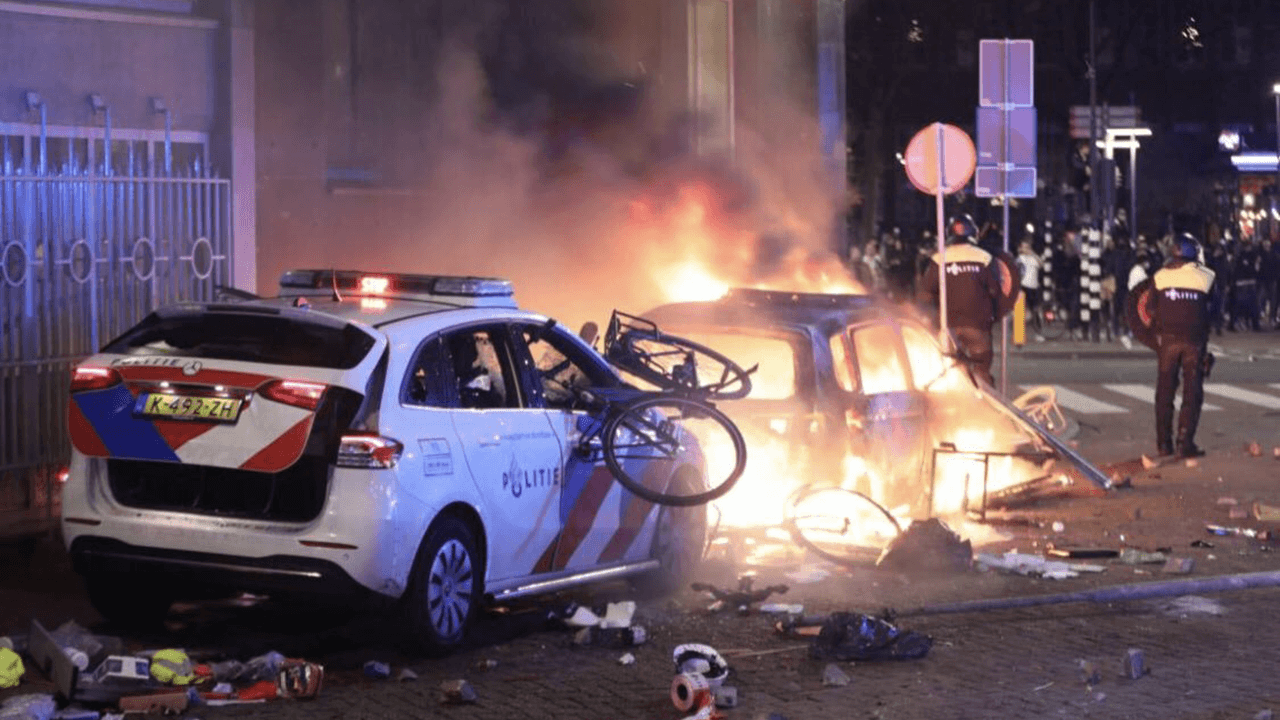 The Dutch city of Rotterdam reached a boiling point on late Friday night, as unrest broke out across the city as the Netherlands government plans to restrict access for unvaccinated people at public venues.

Amid surging COVID-19 cases and hospitalizations, the Dutch government announced plans to restrict public venues for those who reject the jab to incentivize vaccinations.

As the port city of Rotterdam erupted into riots against the government’s plans on Friday night, police in Rotterdam fired what they called “warning shots,” injuring protesters. In footage shown on social media, the police appear to have wounded at least two protesters with live ammunition.

Local media and social media accounts from Rotterdam report that football hooligans were involved in the riots.

A protester is seen to be shot in the street as tensions intensify in Rotterdam.pic.twitter.com/w0ybmfa8zW

Rotterdam police stated in a tweet that “there are injuries in connection with the shots” during the unrest. Riot police also deployed a water cannon to disperse hundreds of rioters from a main street.

BREAKING: tensions boil over in Rotterdam as people rise up against covid restrictions and legislation. pic.twitter.com/NQvRw64Yuo

On the spot, many Feyenoord hooligans who clashed with the cops. pic.twitter.com/mAounuakLV

The Netherlands government has announced plans to introduce legislation that would allow businesses to restrict the country’s health passport system, which was implemented for the pandemic, to exclude people who are not fully vaccinated. The system would allow business owners to whitelist fully vaccinated individuals and those who’ve already recovered from COVID-19, but exclude those who only test negative.

The country has seen a string of record numbers of infections in recent days and a new partial lockdown came into force a week ago. Cases are also rising across Europe, thanks to a combination of low vaccine uptake, waning immunity among people inoculated early, and growing complacency about masks and distancing after governments relaxed curbs over the summer.

According to figures from OurWorldInData, the EU’s average has quadrupled in recent weeks, from just over 110 daily new cases per million people on 1 October to 446 on Thursday. In January, rioting broke out in Rotterdam and other Dutch cities after the government announced a curfew in an attempt to rein in soaring coronavirus infections.

On Friday, the government extended its ban on fireworks for a second straight year to “prevent, as much as possible, extra strain on health care, law enforcement and first responders.”