Overall, this 'little' local event was no small convoy, with thousands of supporters and hundreds of participating vehicles. 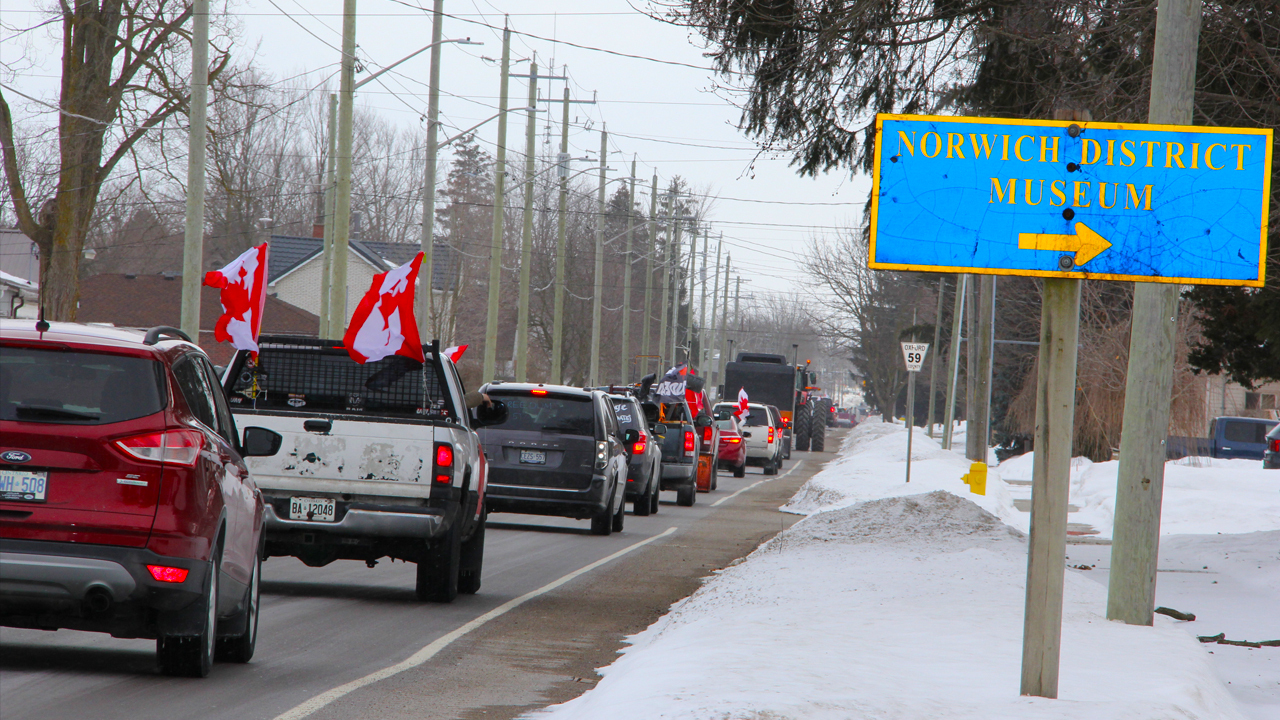 This weekend, every Canadian city was abuzz with trucker convoys and freedom rallies. Even local towns and communities were no exception. On Saturday, February 12, an Oxford County convoy occurred at the Walmart and Zehr’s parking lot on 400 Simcoe St in Tillsonburg, Ontario. The event was organized by two local Tillsonburg residents: Cathy Christoph and Luciana Mazza. The Oxford County Convoy was set to begin at 12 noon and roll out at 1:00 p.m. Participants would travel together touring the neighbouring cities of Ingersoll, followed by Woodstock and lastly ending off with Norwich. The event was organized for Oxford County community members who were not able to visit Ottawa but wanted “to have their voices heard in show of support to [their] fellow truckers that are fighting for [their] freedom” according to their Facebook page.

Participants began showing up as early as 11:00 a.m. The supporters that began to show up came in all kinds of vehicles from trucks, farm tractors, pick-ups, and even an excavator. There were thousands of people and approximately 500 vehicles.

One participant by the name of Hendrik Den Besten, who served in the Canadian military for six years stated, “I love to see all the unity and support that people have. People coming together is the greatest thing. During COVID everybody just feels alone because you have to isolate, you have to stay away from people, and honestly this just feels so awesome!”

Hendrik Den Besten has recently left his position in the Canadian Armed Forces due to personal convictions and the vaccine mandate requirements.

Another supporter, Dave Hoshal, who works for Greenline Earthworks in Tillsonburg affirmed that he believed with regards to the trucking convoy: ”We are making a difference. I believe that as long as we continue and don’t give in and stand strong like Canadians can do we will eventually be able to eliminate the mandates. We will get the truckers, the healthcare workers, the firemen, the policemen all back to work one day and get this country back on its feet.”

Overall, this “little” local event was no small convoy. The energy was positive as locals came together sharing coffee and snacks and enjoying a Saturday afternoon making their voices heard by supporting truckers in Ottawa in their own local convoy.