The terrorist group latches onto Ardern's olive branch hoping it will legitimise its regime in Afghanistan. 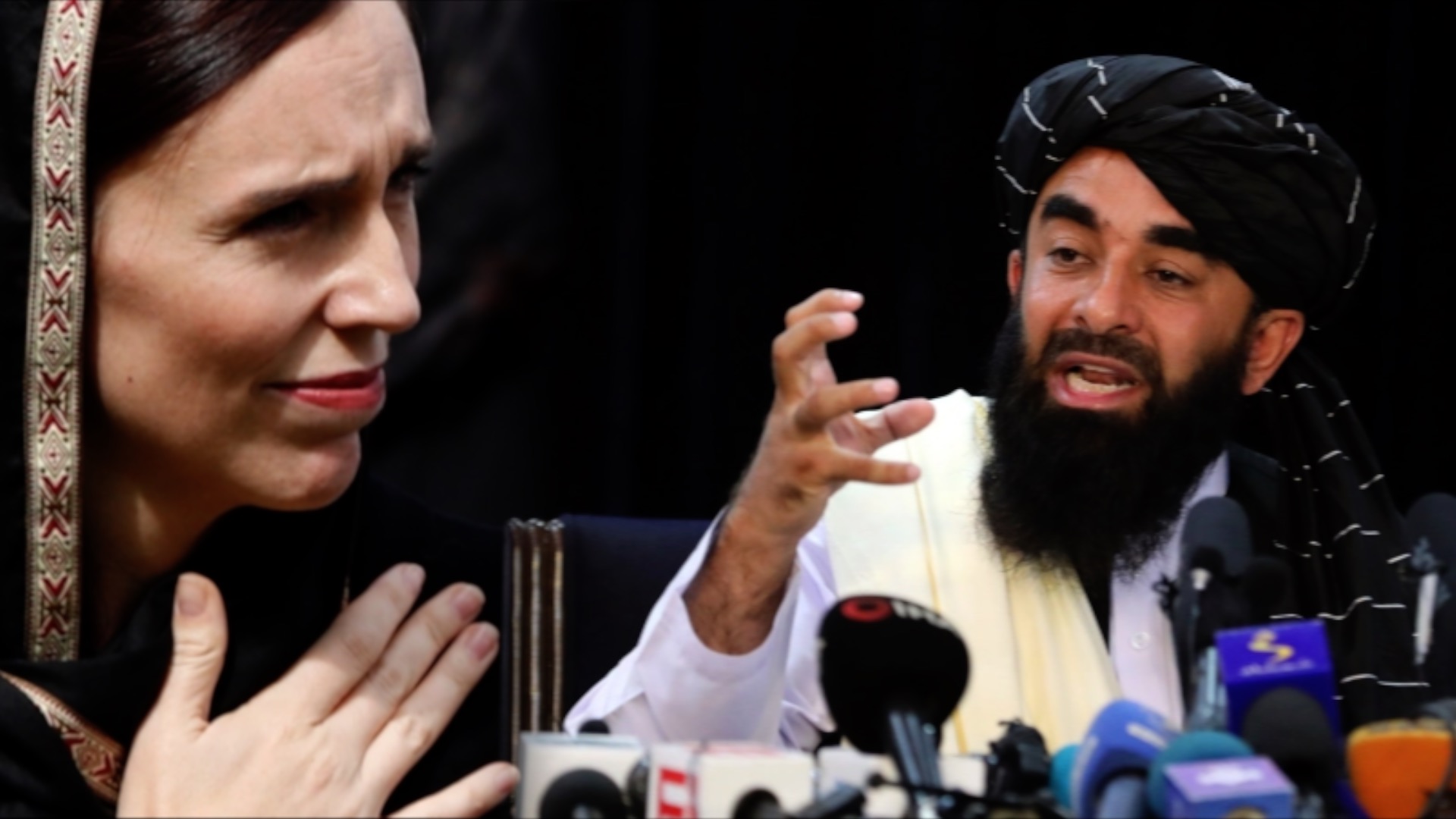 The money has been promised to the Red Cross and the United Nations Refugee Agency in Afghanistan. Shortly after, the Taliban went on social media to praise Ardern and the New Zealand government for sending them the money.

EXCLUSIVE: Abdul Qahar Balkhi, from the Taliban’s Cultural Commission, spoke to Al Jazeera in the group’s first official interview since it took control of Kabul a week ago.

He revealed more about the Taliban’s vision for Afghanistan's future ⤵️ pic.twitter.com/UiIx1QgUdO

Many of New Zealand's allies didn't know what to make of the bizarre display of 'empathy', which led to the terror group personally thanking Ardern for her support.

Ardern’s actions appear to have rewarded the Taliban for their crimes against humanity with $3 million dollars of New Zealand taxpayer money.

New Zealand's desire to present itself as a supporter of human rights has helped to legitimise a vicious regime right when the G7 is looking for ways to exclude the group from the global community.

The United Kingdom intends to push its G7 partners to implement further sanctions against the Taliban, but the Biden administration has held back from making a decision, stating that the Taliban had 'not taken action against US forces'.

It has been left to British forces to continue the evacuation of personnel and civilians after the catastrophic handling of the situation by the Biden presidency. Devastating scenes have reverberated around the world of civilians falling to their deaths from planes and mothers passing children over barbed wire fences into the hands of strangers.

The terrorist-held region remains in a state of chaos as heavily armed Taliban fighters flood into cities, exacting their revenge through the torture and murder of those who helped the previous government and its Western allies – including New Zealand.

Last week, Jacinda Ardern was mocked as 'dangerously naïve' when she called for the Taliban to ‘take into account the wellbeing of women and girls’.

The regime did not get her memo, with reports that Taliban gangs have been searching homes for women to take as slaves and were caught having sex with dead bodies by an eyewitness who later fled to India.

Those who witnessed the behaviour of Taliban fighters first-hand said that there was no reason to believe that they would honour their pledge to treat women with respect.

While in exile, the Taliban continued their brutal treatment of civilians with women taken as sex slaves and shipped to neighbouring countries in coffins. Others were set on fire for ‘bad cooking’ skills. The majority were taken from villages as children and forced into marriage.

Ten lives were lost over the twenty-year stretch that New Zealand spent in Afghanistan with 3,500 troops.

"New Zealand will continue to be supportive of the Afghan Government and its people in the years to come, including as they work through the intra-Afghan peace process in an effort to resolve the decades-long conflict,” said Ardern, back in February.

Six months on and Ardern is already opening discussions with the terrorist regime that deposed the previous government and set about murdering as many of its members as it could find.

In reality, the 300,699 listed members of the Afghan forces were swiftly overrun by 80,000 Taliban fighters.

Over $88.3 billion was spent on the consolidation of the Afghan National Defense and Security Forces (ANDSF) with most of the American equipment now in the hands of terrorists.

If planned correctly, they would not have needed to.

What’s remarkable is that the #Biden administration gave up #Bagram Airbase, left the Taliban billions in equipment and resources that can be used against us, and never advised our allies of their plans. #incompetence https://t.co/gSWCsJJDLK

The Taliban used social media to spread fear of their arrival, frightening people into submission before the army arrived. This was allowed to happen despite those same social media companies banning President Trump from all major platforms.

“That day was quite nerve-wracking,” said Al Jazeera journalist Charlotte Bellis, “because we didn’t know if World War III was going to break out – if security forces were going to fight back. Thankfully on a ‘bloodshed note’ they [the ANDSF] put down their arms and just walked off the job. The Taliban waltzed into town and took up their old positions and carried on like nothing had ever happened.”

After many messages I feel compelled to write - please do not ask for phone numbers of Taliban contacts or any sources for that matter. Years of relationship building and I’m going to breach that trust by sending their numbers around the world? #journalism101

“The Taliban are trying to push people back [from the airport] the problem is – and I said this to them yesterday – you have a problem with crowd control. Shooting into the air and beating people and whipping them is not going to play well. You can’t do that.

“They’ve actually shut the airport road now and put checkpoints either side. I mean, they’ve still got dudes with rags around their heads with machine guns and rocket launchers trying to check visas. Which is obviously terrifying people.”

The New Zealand reporter, who speaks to the Taliban daily, warned the regime that she will remain critical of them.

“You [the Taliban] have to appreciate that we will be critical. You’re in the government now, and you’re going to have to deal with it. I will always be fair and I’ll give you a chance to respond but we’re not going to hold back,” said Bellis, who admitted that her Afghan colleagues are terrified and ready to get on the next plane.