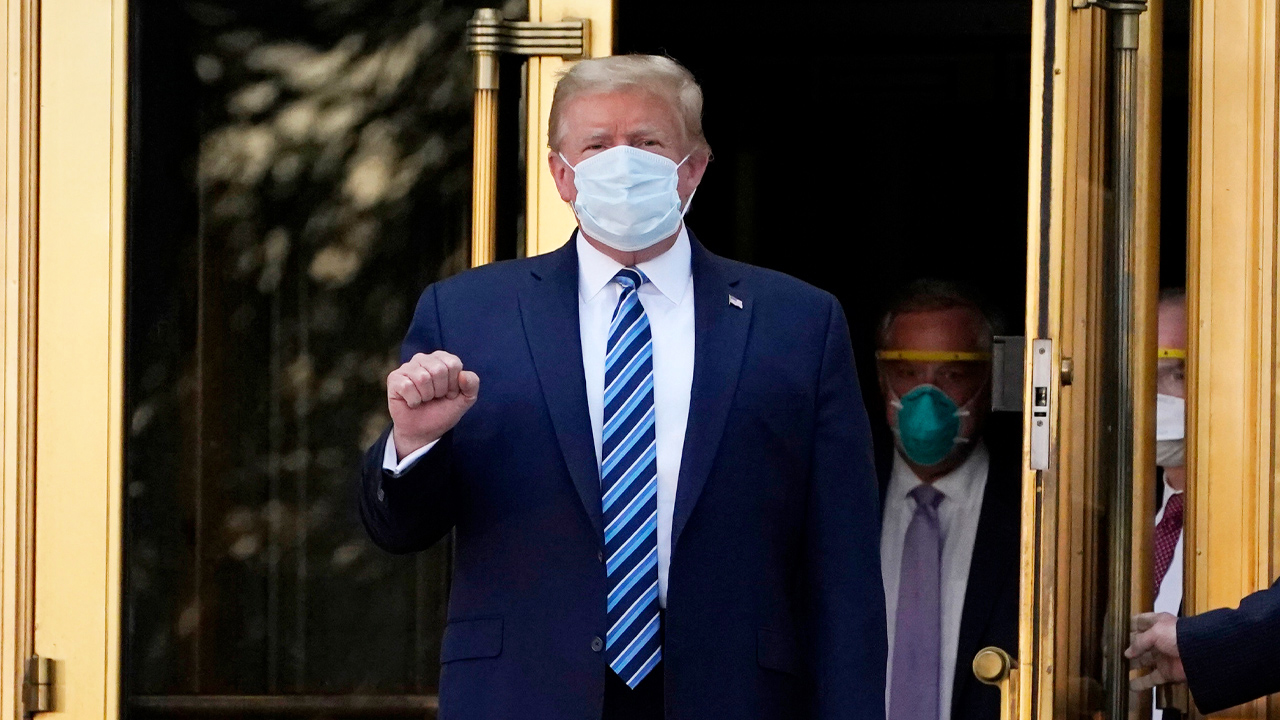 US President Donald Trump has made the surprise announcement that he is leaving the hospital on Monday evening following a short admission related to his COVID-19 diagnosis.

After three days of care at the Walter Reed Medical Center, the President tweeted that he would be leaving the hospital at 6:30 PM Eastern time today.

Trump appeared to be in good spirits when he spoke in a video address to the nation on Sunday, and made an appearance with his supporters outside the hospital when he greeted them in a short motorcade rally.

“Feeling really good! Don’t be afraid of Covid,” tweeted the president. “Don’t let it dominate your life. We have developed, under the Trump administration, some really great drugs [and] knowledge." He went on to note that he "feels better" than he did "20 years ago!"

I will be leaving the great Walter Reed Medical Center today at 6:30 P.M. Feeling really good! Don’t be afraid of Covid. Don’t let it dominate your life. We have developed, under the Trump Administration, some really great drugs & knowledge. I feel better than I did 20 years ago!

Undeterred by the good news, CNN—which breathlessly reported Trump’s emergence on Monday—claims that aides have encouraged him to remain in the hospital, “warning him of the bad optics if his condition were to worsen and require a second hospitalization.” But thus far, Trump appears undeterred by the illness and has proven resilient.

On Twitter, news of Trump’s release from hospital was met with positive reactions from his supporters, and dismay from his opponents in the media. Numerous members of the media admonished the President, claiming that he was not taking it seriously enough, while conservative Twitter personalities celebrated the discharge.

Washington Post columnist Jennifer Rubin, a self-proclaimed member of “NeverTrump” movement, called the President “a menace to everyone around you.”

you are a menace to everyone around you

Not being “afraid” of it—or being completely negligent—is what led you to here in the first place.

A number of the President's staff and Republican Party members were diagnosed with COVID-19 following the testing that was issued after Trump's diagnosis. Senior White House advisor Hope Hicks, press secretary Kayleigh McEnany, and former White House spokeswoman Kellyanne Conway were among those close to the President also diagnosed.