'How out of touch can this administration possibly be?' said an agent. 'Well, I guess this is a new level.' 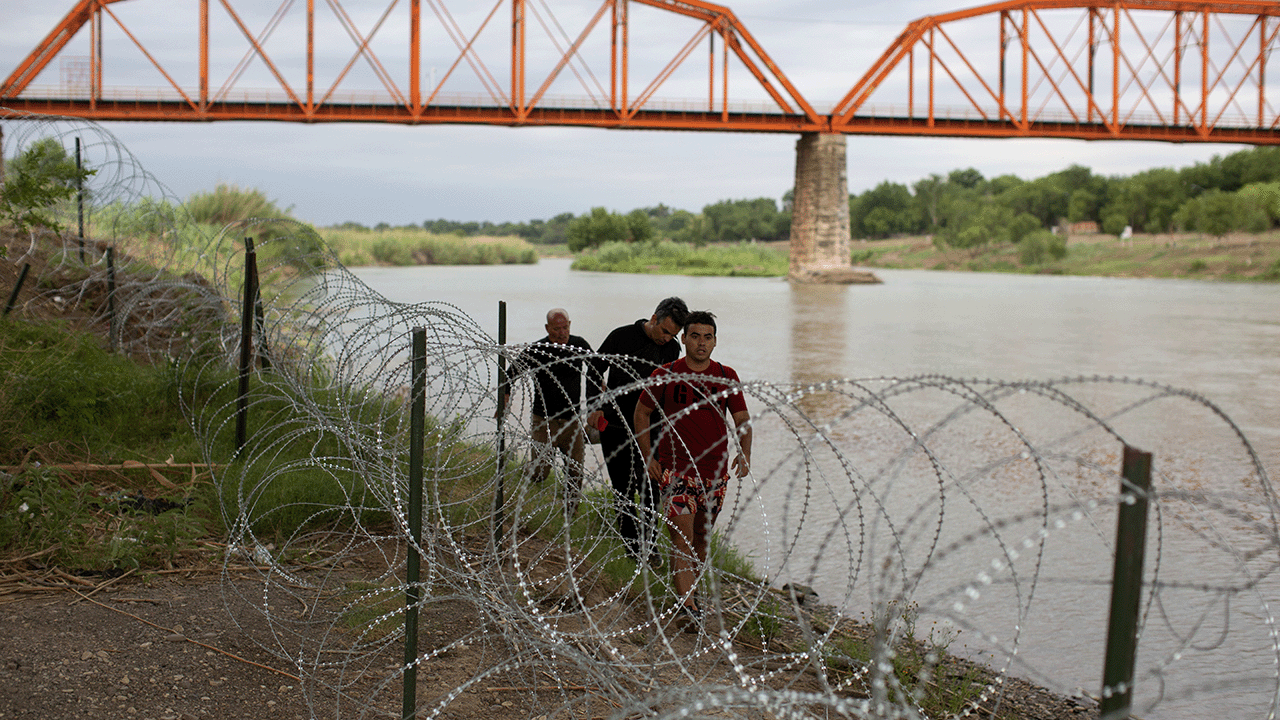 U.S. Border Patrol agents are speaking out against false claims by White House Press Secretary Karine Jean-Pierre, who falsely claimed earlier this week that migrants are not “walking across” the U.S. southern border.

Describing the remarks as “extremely dumb,” border patrol agents who spoke to Fox News under anonymity, called the administration “out of touch,” and accused Jean-Pierre of “flat-out lying.”

“How out of touch can this administration possibly be?” said an agent. “Well, I guess this is a new level.”

“There’s only two reasons she said that, and that is either she is extremely dumb or she is flat-out lying and hopes America is so stupid we would believe her,” said another. “18 USC 1001 says it is a federal crime to knowingly make false statements to the U.S. government. Too bad the government is not held to the same standard as the citizenry, and that is assuming [Jean-Pierre] is not dumb but just a liar.”

Another agent chimed in to say that Jean-Pierre is “absolutely ignorant to the reality of all the documented footage or just continuing [Homeland Security Secretary Alejandro] Mayorkas’ delusional lie,” noting that “This administration must believe that the American people are fools like their mainstream media comrades.”

“Has [Jean-Pierre] ever visited the actual border to see for herself what is happening? Nope,” said another agent.

Earlier this Tuesday, Jean-Pierre argued with Fox News reporter Peter Doocy, who pointed out that the Biden administration prevents unvaccinated people from flying into America, while illegal immigrants who walk into Texas or Arizona are allowed to stay.

Doocy pressed the White House spokeswoman on the Biden administration’s continued insistence on enforcing its vaccine mandate on international flights, which has prevented tennis star Novak Djokovic from participating in the U.S. Open.

“That’s not how it works,” Jean-Pierre fired back. “It’s not like someone walks over.”

“That’s exactly what is happening! Thousands of people are walking in a day,” Doocy replied.

Colleague @pdoocy is 100% correct. That is exactly what is happening at the border.
Not sure how many more videos we have to show, multiple times a day, to get this point across. And that doesn’t even account for the more than half a million gotaways who slipped thru since 10/1. https://t.co/2f63fXQvzn

The argument escalated on Wednesday when Doocy pointed out that Biden’s open borders policies were helping to fuel the fentanyl epidemic.

KARINE JEAN-PIERRE: "I just want to talk about how you're saying that there, you know there just, the border right and how the border, whatever you just stated."

The President of the National Border Patrol Council, Brandon Judd, told Fox News, “I watch these people walk across the border every single day. We see it. It’s disgusting what we’re seeing. And she knows exactly what’s happening. But she’s deflecting. She’s lying. She knows that the mainstream media isn’t going to cover this issue.”

“They don’t care that hundreds of thousands of people are dying because of drug overdoses because of these illegal immigrants that are coming across the borders illegally, that the cartels then create the opportunities. They don’t care what is currently happening. They know that it’s not hurting them. So, they’re going to continue to lie to the American public,” he said.