U.S. military rated as 'weak' in damning new analysis, unprepared to win a war against China or Russia

The Index of U.S. Military Strength, which was produced by the Heritage Foundation, assessed a wide range of criteria, including threats to the United States, the condition of the armed forces, the state of U.S. relations with its military partners and allies, and more. 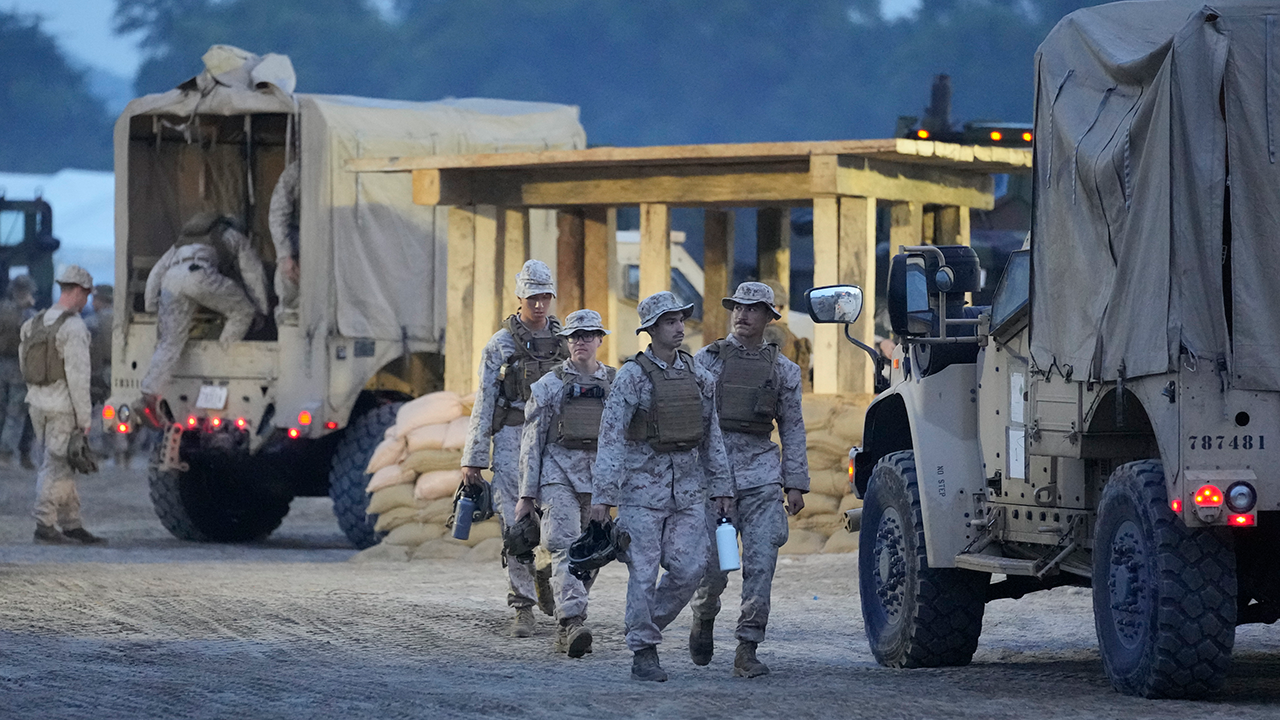 A damning new analysis of the U.S. military found that military strength and readiness is at its lowest ever under the leadership of President Joe Biden.

The Index of U.S. Military Strength, which was produced by the Heritage Foundation, assessed a wide range of criteria, including threats to the United States, the condition of the armed forces, the state of U.S. relations with its military partners and allies, and more.

The Wall Street Journal’s Editorial Board, which weighed in on the report, stated that the assessment’s “weak” rating of the military was the first time the U.S. military has ever received a “weak” score in the index’s nine-year history.

Despite the assessment’s finding that the global operating environment from the U.S. perspective was largely favorable, threats to the nation are on the rise, with numerous nations posing a “high” threat against U.S. interests. The assessment names China and Russia as chief threats to the United States, followed by Iran, North Korea, and other non-friendly countries.

The portion of the analysis that focused on the strength of the U.S. armed forces looked at the military’s capability, capacity, and readiness, finding that the military is being degraded through “underinvestment, poor execution of modernization programs, and the negative effects of budget sequestration (cuts in funding) on readiness and capacity in spite of repeated efforts by Congress to provide relief from low budget ceilings imposed by the Budget Control Act of 2011.”

Furthermore, the rising rate of inflation under the Biden administration’s policies has led to higher expenses for the military, which erased progress made by the previous Trump administration in increasing U.S. military readiness.

The Daily Wire provided some quick highlights from the index:

“The Army is aging faster than it is modernizing. It remains ‘weak’ in capacity with only 62 percent of the force it should have. However, 25 of its 31 Regular Army BCTs are at the highest state of readiness, thus earning a readiness score of ‘very strong’ and conveying the sense that the service knows what it needs to do to prepare for the next major conflict.”

“This worrisome score, a drop from ‘marginal’ assessed in the 2022 Index, is driven by problems in capacity (‘very weak’) and readiness (‘weak’). This Index assesses that the Navy needs a battle force of 400 manned ships to do what is expected of it today. The Navy’s current battle force fleet of 298 ships and intensified operational tempo combine to reveal a service that is much too small relative to its tasks.”

“The Air Force has been downgraded once again, the second time in the past two years. The Air Force was assessed as ‘marginal’ in the 2021 Index but, with public reporting of the mission readiness and physical location of combat aircraft implying that it would have a difficult time responding rapidly to a crisis, fell to a score of ‘weak’ in the 2022 Index. During FY 2022, the year assessed for this Index, problems with pilot production and retention, an extraordinarily small amount of time in the cockpit for pilots, and a fleet of aircraft that continues to age compounded challenges even more, leading to the current score of ‘very weak.'”

“The score for the Marine Corps was raised to ‘strong’ from ‘marginal’ in the 2022 Index and remains ‘strong’ in this edition for two reasons: (1) because the 2021 Index changed the threshold for capacity, lowering it from 36 infantry battalions to 30 battalions in acknowledgment of the Corps’ argument that it is a one-war force that also stands ready for a broad range of smaller crisis-response tasks, and (2) because of the Corps’ extraordinary, sustained efforts to modernize (which improves capability) and enhance its readiness during the assessed year. Of the five services, the Corps is the only one that has a compelling story for change, has a credible and practical plan for change, and is effectively implementing its plan to change.”

“The mission sets, space assets, and personnel that have transitioned to the Space Force from the other services since its establishment in December 2019 and that have been added over the past two years have enabled the service to sustain its support to the Joint Force. However, there is little evidence that the USSF has improved its readiness to provide nearly real-time support to operational and tactical levels of force operations or that it is ready in any way to execute defensive and offensive counterspace operations to the degree envisioned by Congress when it authorized the creation of the Space Force.”

“The scoring for U.S. nuclear weapons must be considered in the context of a threat environment that is significantly more dangerous than it was in previous years. Until recently, U.S. nuclear forces needed to address one nuclear peer rather than two. Given senior leaders’ reassurances with respect to the readiness and reliability of U.S. nuclear forces, as well as the strong bipartisan commitment to modernization of the entire nuclear enterprise, this year’s Index retains its grade of ‘strong,’ but only for now. U.S. nuclear forces face many risks that, without a continued commitment to a strong deterrent, could warrant a decline to an overall score of ‘marginal’ or ‘weak.'”

Overall, the analysis finds that the combined forces of the United States military can only be described as “weak” and that the military is at “Significant risk of not being able to meet the demands of a single major regional conflict while also attending to various presence and engagement activities.”

“This is the logical consequence of years of sustained use, underfunding, poorly defined priorities, wildly shifting security policies, exceedingly poor discipline in program execution, and a profound lack of seriousness across the national security establishment even as threats to U.S. interests have surged,” the analysis stated.