“We are still assessing the results of this strike, which we know disrupted an imminent ISIS-K threat to the airport," the U.S. Central Command said in a statement. 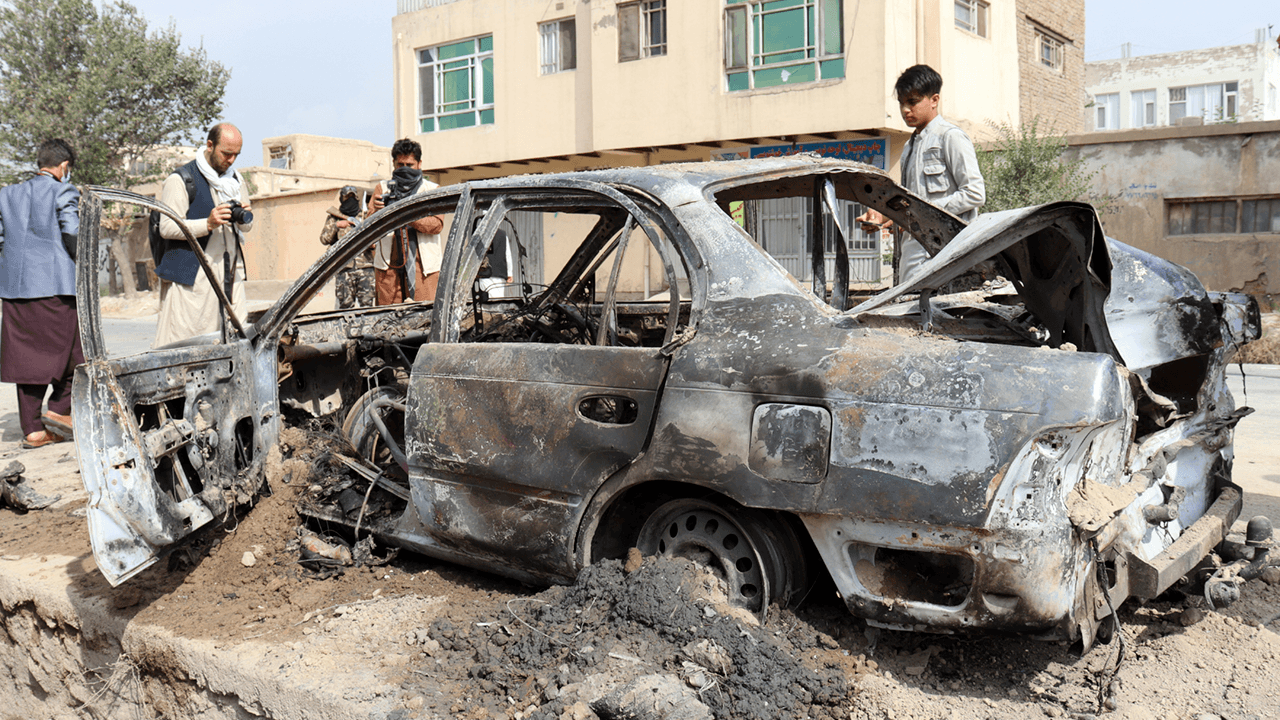 In a statement released on Sunday evening, the U.S. Central Command (CENTCOM) said it was still investigating the strike that was carried out earlier in the day against a target that was purportedly involved in last week’s ISIS-K terrorist attack in Kabul airport, which left at least over 100 dead, including 13 U.S. soldiers.

“We are aware of reports of civilian casualties following our strike on a vehicle in Kabul today,” CENTCOM said in a statement. “We are still assessing the results of this strike, which we know disrupted an imminent ISIS-K threat to the airport. We know that there were substantial and powerful subsequent explosions resulting from the destruction of the vehicle, indicating a large amount of explosive material inside that may have caused additional casualties.”

“It is unclear what may have happened, and we are investigating further,” the statement added. “We would be deeply saddened by any potential loss of innocent life.”

The statement, from Capt. Bill Urban, U.S. Central Command Spokesman, came in response to a report from CNN that alleged that 10 members of one family, including seven children, were killed in the strike, according to a relative.

“The vehicle that was targeted by the US in Sunday’s airstrike on Kabul was next to a building and contained one suicide bomber,” CNN reported, according to a U.S. official who allegedly briefed the network. “It remains unclear if the vehicle was intended to be a car bomb, or if the suicide bomber was using it for transport.”

The Wall Street Journal reported that a senior Afghan health official, who had worked with the U.S.-backed Afghan government that was previously in power, said the strike killed civilians and hit a house.

CENTCOM said in a statement earlier on Sunday:

We are confident we successfully hit the target. Significant secondary explosions from the vehicle indicated the presence of a substantial amount of explosive material.

We are assessing the possibilities of civilian casualties, though we have no indications at this time. We remain vigilant for potential future threats.

The strike came hours after the U.S. State Department sent out an emergency alert around 5:00 a.m. local time on Sunday in Afghanistan warning U.S. citizens to immediately get away from the airport in Kabul and the surrounding area due to a specific threat.

“The situation on the ground continues to be extremely dangerous, and the threat of terrorist attacks on the airport remains high,” President Joe Biden said in a statement on Saturday afternoon. “Our commanders informed me that an attack is highly likely in the next 24-36 hours.”

The warning came hours after President Joe Biden said in a statement that the situation in Kabul was “extremely dangerous, and the threat of terrorist attacks on the airport remains high.”