Isabelle Fortier, professor at the École nationale d'administration publique in Quebec, said using McKinsey displaces the civil service and operates as a 'shadow government' without transparency or legitimacy. 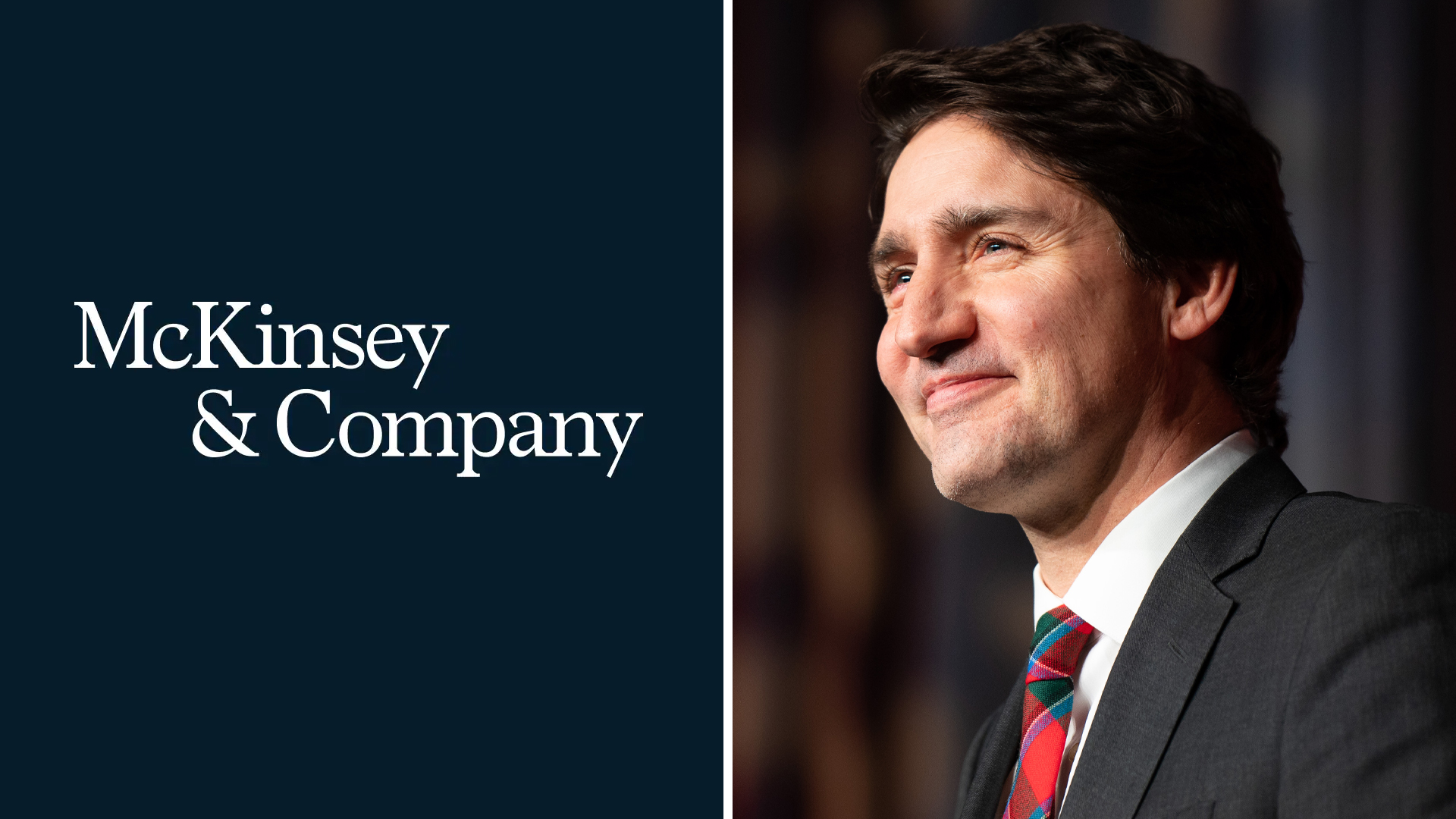 Since Justin Trudeau became prime minister in 2015, the federal government has given the controversial consulting firm McKinsey & Company tens of millions of taxpayer dollars in federal contracts. In the nine years Stephen Harper served as prime minister, McKinsey received $2.2 million in federal contracts, while his successor gave them $66 million.

Prominently, Immigration, Refugees and Citizenship Canada (IRCC) turned to McKinsey on several occasions since 2015, with $24.5 million in contracts for management advice. IRCC and the Canada Border Services Agency account for nearly half of all federal compensation issued to the firm.

According to a Radio-Canada investigation, two IRCC sources spoke anonymously to relay that McKinsey bore considerable influence in shaping the country's immigration policy, which has grown to record levels in recent years.

According to the IRCC, Canada added just over 437,000 new permanent residents in 2022, accounting for three-quarters of the country's population growth. The Trudeau Liberals want to welcome upwards of 500,000 immigrants annually by 2025, per their immigration plan.

Radio-Canada received radio silence from McKinsey after forwarding them questions about the nature of their contracts with the federal government. When asked to provide copies of the firm's reports, the Trudeau Liberals declined.

"It was completely opaque," said one source. "We asked to collaborate, to share our ideas, but it didn't work."

The second source said, "McKinsey was an idea from the government." The source said civil servants had policy decided for them, causing "a lot of operational instability."

According to documents obtained under access to information law, representatives of McKinsey facilitated or attended about ten meetings of the IRCC transformation committee. The documents did not include details of pressures related to the COVID pandemic.

"We had a few presentations on very generic, completely vapid stuff. They arrived with nice colours, nice presentations and said they would revolutionize everything," said one of the sources.

"In the end, we don't have any idea what they did," the source added, referring to "nice marketing" that "isn't science."

Conservative Leader Pierre Poilievre said on Tuesday that his MPs would ask a parliamentary committee to study federal contracts given to McKinsey.

"Recent reporting has shown neither the company nor the government is willing to explain what the money is for," said Poilievre. "We want to know what all this money was for."

Conservative MPs must submit a formal motion to the government operations committee and request a vote on whether to launch the study. To win that vote, they must retain the support of five opposition MPs and the Conservative chair, as five Liberals also sit on the committee.

Poilievre clarified the motion would also seek documents about the McKinsey contracts that both the firm and the Trudeau Liberals refused to make public.

"That includes contracts, conversations, records of work done, meetings held, text messages, email exchanges, everything that the government has with the company since taking office should be made public so that we can study all of these facts and hold the government accountable," he said. "It's time for Canadians to get answers."

On Wednesday, Prime Minister Justin Trudeau said his government would look into the contracts. "We will do a follow-up to ensure it was done the right way and to see if we need to modify or change the rules," he said.

"According to managers and politicians, everything that comes from outside is always better, even if we had enough resources internally," said one department source.

"[McKinsey] always says they have great expertise, but it doesn't make sense because we have the expertise, and we're completely pushed aside," said the other.

Both sources were critical of the firm's possible influence on Canada's immigration targets, which follow similar determinations from the 2016 Advisory Council on Economic Growth report, chaired by McKinsey's then-global head Dominic Barton.

In 2016, Canada accepted about 320,000 permanent residents. The advisory council recommended gradually increasing to 450,000 people annually to respond to labour demands.

"How come, McKinsey, has the skills to do absolutely everything a government does?" said Duguay in French. "It looks like another level of government. Almost a supranational government."

Isabelle Fortier, professor at the École nationale d'administration publique in Quebec, said using McKinsey suggests a break between politics and state administration. She claimed it displaces the civil service and operates as a "shadow government" without transparency or legitimacy.

The Trudeau Liberals said it employs consulting firms to provide 'high-quality services' and ensure the 'best possible value' for taxpayers. They added that departments must award contracts "fairly, openly and transparently."