Australian citizens turned away from shops based on vaccination status. 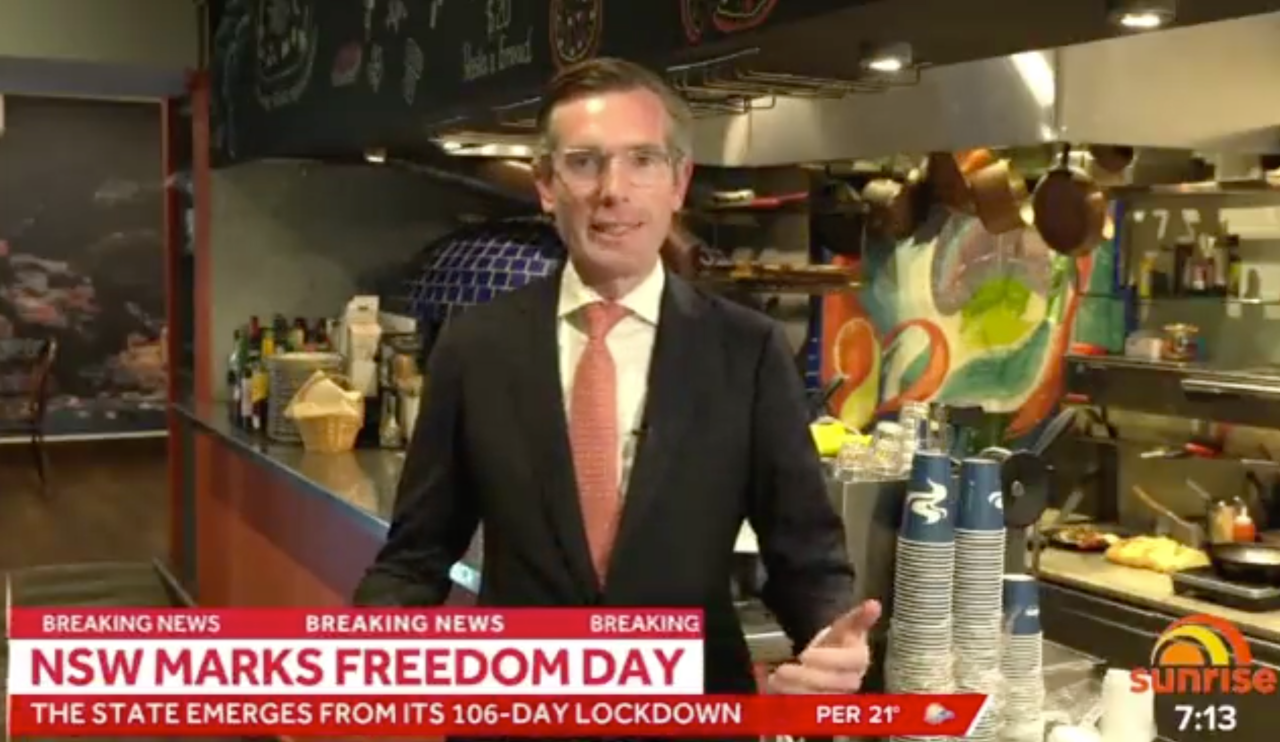 Monday, October 11 marks the long-awaited ‘Freedom Day’ for New South Wales with the reopening of non-essential retail, hospitality, and gyms – but only for the fully vaccinated.

#ApartheidDay is trending alongside #FreedomDay on social media as people find themselves turned away from shops across the state.

Shops are displaying vaccine passport notifications and warnings that those who are unvaccinated will not be admitted or served.

“This is a major step and there are going to be challenges as we go through this period in time,” said New South Wales Premier, Dominic Perrottet. “I ask everyone today to be patient and treat everyone with kindness and respect.”

Morning NSW. It's here - the day we've waited so long for. We're now well on our way to double-dose vaccination coverage of 80% and beyond. We've earned it, so enjoy it. Remember to check in, show your vaccination status, be patient and be good to each other. pic.twitter.com/HrznEKB30y

Shoppers use an app on their phone which links their myGov details to private Medicare records – issuing them with a vaccine passport if they meet the state's vaccination requirements. For those without a smartphone, a physical copy of the vaccine passport can be requested from Medicare, but may take up to 14 days to arrive.

This is the first time in living memory that New South Wales shops have been allowed to engage in active discrimination sanctioned by the state against customers.

All you had to do was stand up to Chant, but it was easier to let health bureaucrats segregate and discriminate against us. #COVID19 #outsiders pic.twitter.com/OddC6NDFuY

Healthy citizens are being turned away based on their private medical data rather than displaying visible signs of illness. The condition for entry into shops is not about whether you have Covid, but rather if you have subscribed to the government’s recommended vaccine schedule.

Health experts in Australia and internationally have repeatedly confirmed that both the vaccinated and unvaccinated spread Covid.

New South Wales Premier Dominic Perrottet had previously said that he did not support a system of medical discrimination in a 2GB interview when he was Treasurer.

“I want to see more unity and not a two-tiered society. It’s not the government’s role to provide freedom.”

Less than two days after assuming the role of state Premier, Perrottet decided to continue with most of the road map laid out by predecessors Gladys Berejiklian and John Barilaro with only minor changes.

Businesses already require shoppers to use the QR government check-in app. For those that do not have a smartphone, their details are recorded manually. The handling of private customer data is a serious matter and yet businesses, including large food chains, have been repeatedly caught leaving private customer data out in the open unattended.

This is the first day that the unvaccinated have been segregated out of society and refused service from cafes and businesses that they have been using for months side-by-side with their neighbours.

While millions celebrate their ‘freedom’ from Sydney’s lockdown, others have found themselves discriminated against by state orders.

Government Covid assistance is also set to end. Unvaccinated employees who are waiting until December 1 for the full removal of restrictions have found themselves under pressure from their employers to quit. The unvaccinated are not allowed to work until December. Businesses desperate to reopen have been firing staff who refuse to comply with medical directions.

Federal Treasurer Josh Frydenberg made a statement today that New South Wales would lead the country in economic recovery.

New South Wales is the largest state economy in the country and it has suffered serious losses during nearly two years of unpredictable Covid lockdowns.

“With vaccination rates rapidly climbing around the country, we need to make lockdowns a thing of the past and give people their freedoms back, re-engage with the world and allow the economy to reopen safely,” Frydenberg told The Australian.

The cost of the most recent 106-day lockdown has run up into the billions with the government paying out $7 billion in disaster relief and a further $2.3 billion in JobSaver payments to over 200,000 businesses. The real cost is in the businesses that didn’t make it and the general reduction in size of those that did.

The next step has been formalised.

Covid health orders cover every aspect of life for the citizens of New South Wales – including how many people a person can have in their home. For the unvaccinated, only 2 people are allowed to be together, including outdoors. The vaccinated can have 10 visitors to their home, not including kids under 12, and meet together outside in groups of 30.

Although most premises are now open, singing and dancing is still prohibited except if the dancing is outside.

Up to 100 can now gather for a wedding – meaning that the unvaccinated will be excluded from the event. Only the fully vaccinated can attend places of worship or access gyms.