The Ambassador Bridge, the busiest of all crossings along the world's longest undefended border, facilitates about one-quarter of all cross-border merchandise trade between Canada and the United States. 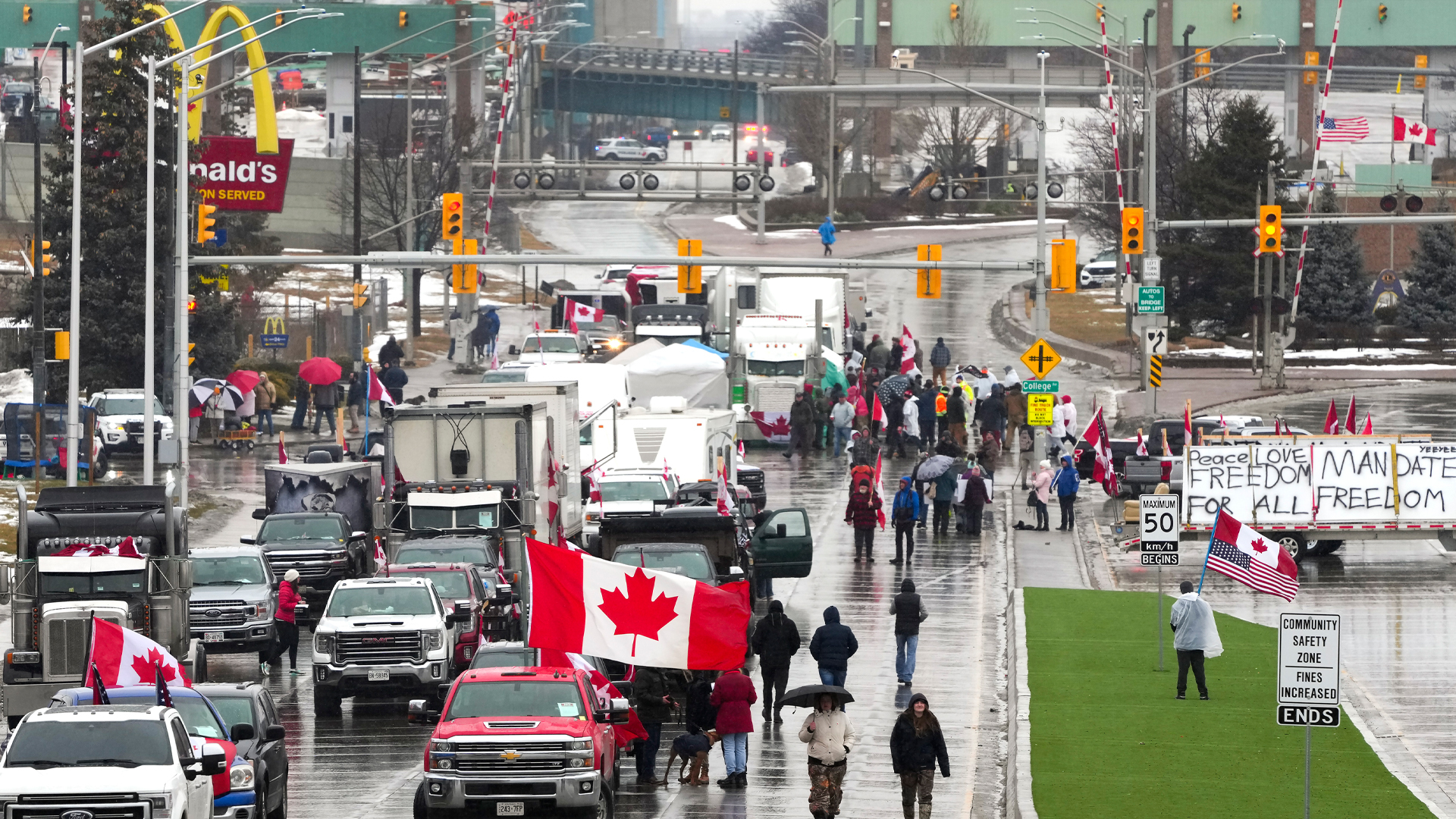 Anti-lockdown protesters calling for an end to all COVID-19 restrictions, including cross-border quarantine and vaccination requirements for truckers, are continuing to blockade the busiest border crossing between Canada and the U.S.

Friday morning, in response to the Freedom Convoy protest now in its second week in Ottawa, another convoy promised in Toronto on Saturday, and the ongoing blockade at the Windsor-Detroit crossing, Premier Doug Ford declared a state of emergency and threatened heavy fines and possible jail time for those disrupting Ontarians “way of life.”

Rebel News has two reporters on the scene at the Ambassador Bridge, David Menzies and Isabelle Rivo, who will be providing updates.

Currently headed to the Ambassador Bridge in Windsor, ON. @TheMenzoid and I will be giving updates, stay tuned! pic.twitter.com/90GVHLiFpg

Just arrived at the Ambassador bridge. This is what it’s looking like. https://t.co/ys9Wa4SGV5 pic.twitter.com/prpeXYzwLr

The Ambassador Bridge, the busiest of all crossings along the world's longest undefended border, facilitates about one-quarter of all cross-border merchandise trade between Canada and the United States.

Despite the economic importance of the bridge to the region, some local Canadian businessmen have thrown their support behind the blockade.

Tim Stanley, a business owner, gives a passionate speech to the crowd here in front of the blockade at the Ambassador Bridge. https://t.co/ys9Wa4SGV5 pic.twitter.com/VP1c6XSzAP

The blockade at the Ambassador has evolved since it began last week.

The alternative access route to the Ambassador Bridge was blocked as well by approximately a dozen vehicles.

Rumours abound that an injunction is in the works to shut down the blockades. We spoke with lawyers from The Democracy Fund and demonstrators at the Ambassador Bridge. Stay tuned for further details. @TheMenzoid https://t.co/M22rI2n7kR pic.twitter.com/If7VPLQbVQ

To support our independent journalism from the site of several blockades and convoys across Canada, please visit www.ConvoyReports.com.