Omarova graduated from Moscow State University in 1989 with a thesis on Karl Marx and currently teaches law at Cornell. 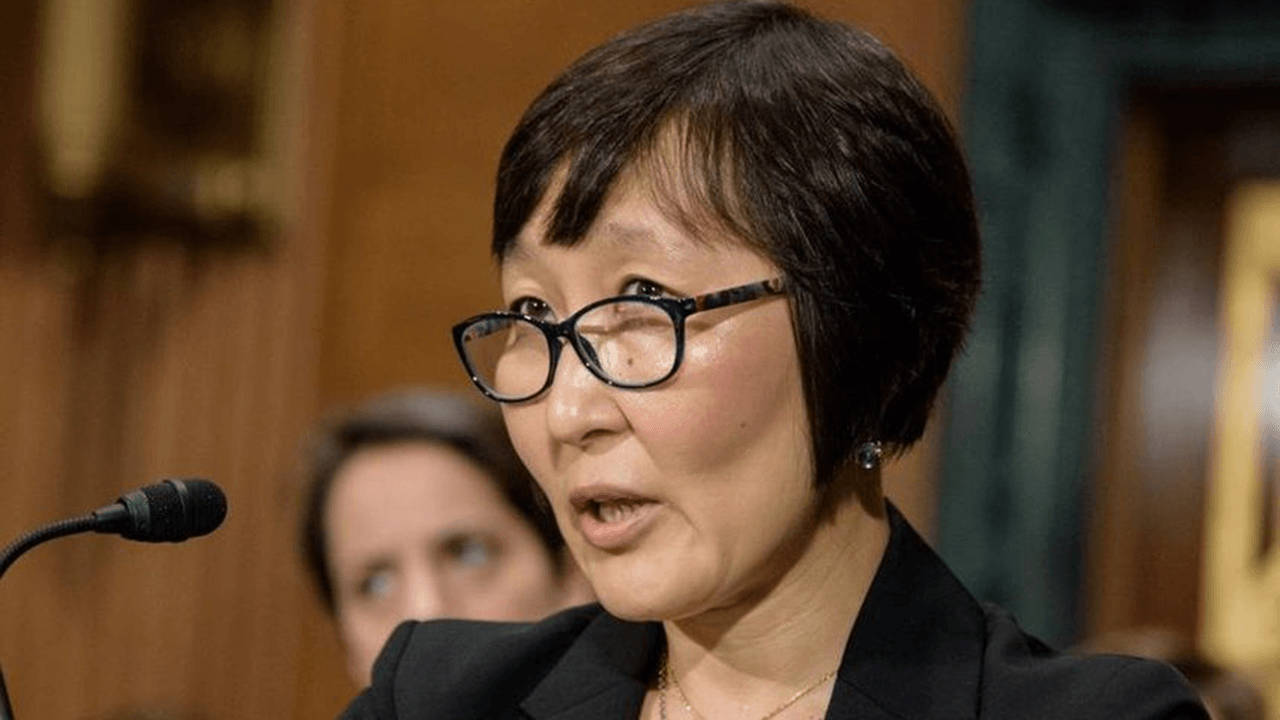 U.S. President Joe Biden’s nominee to lead the Office of the Comptroller of the Currency, Saule Omarova, said that she would like to see oil and gas companies go bankrupt to tackle climate change.

The stakes are high, and the holder of the position, which Omarova would ostensibly fill, if confirmed, polices the U.S. banking system and ensures the largest American banks are operating smoothly. In other words, the Comptroller acts as the accountant-in-chief for the United States government overseeing banks.

In a seminar hosted by Jain Family Institute’s 2021 Social Wealth Seminar (SWS) series, Omarova said that it was necessary for players in the coal, oil, and gas industries to go bankrupt in short order.

“Here what I’m thinking about is primarily coal industry and oil and gas industry. A lot of the smaller players in that industry are going to probably go bankrupt in short order, at least we want them to go bankrupt if we want to tackle climate change,” Omarova said in the clip, which was unearthed by the American Accountability Foundation (AAF).

Joe Biden's nominee for the Comptroller of the Currency Saule Omarova on oil, coal and gas industries: "We want them to go bankrupt if we want to tackle climate change."

Those industries are responsible for MILLIONS of Americans' paychecks.pic.twitter.com/37DYwoFw8m

Omarova has said that the economic fallout and job losses that would ensue from climate change would be too much for the United States.

As detailed by ClimateWire, Omarova, a Cornell University Law School professor since 2014, has warned of the financial risk posed by fossil fuel companies. Omarova has called for a new federal authority to invest in economically sustainable projects and ones that would support “socially inclusive and sustainable economic growth.”

In response to Omarova’s remarks in the newly surfaced footage, Sen. Tom Cotton and Rep. Chip Roy expressed their concerns over the Biden nominee.

“This unhinged socialist wants millions of Americans who work in the energy industry to go bankrupt. And Joe Biden picked her as his top banking nominee,” wrote Sen. Cotton on Twitter.

This unhinged socialist wants millions of Americans who work in the energy industry to go bankrupt.

And Joe Biden picked her as his top banking nominee. https://t.co/RFBsXaGcRv

“I don’t need to fly to Glasgow to recognize crazy,” noted Rep. Roy.

“Biden nominee eager to drive small operators out of business, and kick the workers they employ to the curb. If we don’t stop them, Americans will pay dearly for their rigid ideology,” said Steven Law, CEO of the Senate Leadership Fund.

Omarova reportedly holds extreme far-left views, and has pointed to the USSR’s practices as a superior model to the American one as recently as 2019. Omarova was born in a part of the Soviet Union in what is now Kazakhstan and graduated from Moscow State University in 1989. She has refused to turn in her thesis on Marxism, which she produced as a student of the Soviet university.

According to Fox Business, U.S. Senate Banking Committee Ranking Member Pat Toomey asked Omarova to turn over a copy of her thesis, written in the original Russian, and translate it to English, for review by the committee no later than October 13. Her thesis, which she failed to turn over, is titled Karl Marx’s Economic Analysis and the Theory of Revolution in The Capital.