A new report from the Fraser Institute shows that Trudeau has overseen the decline in financial freedom, with Canada falling from 6th place internationally in 2016 to 14th place in 2020. 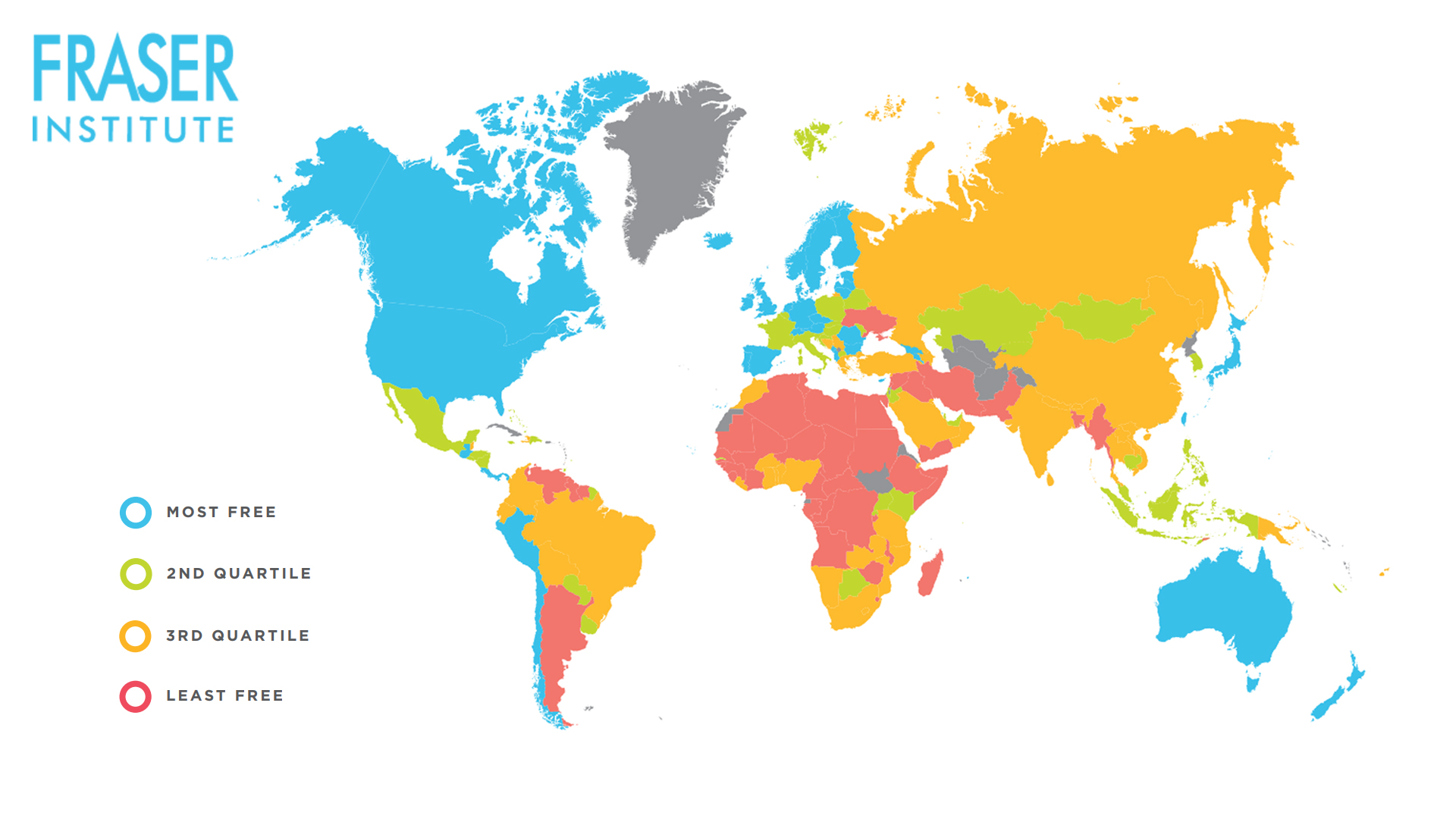 The data analyzed by the Conservatives think tank is from 2020, and as such, it does not include the seizure of bank accounts of peaceful protesters and supporters of the Freedom Convoy to Ottawa early in 2022.

The Liberal government invoked the Emergencies Act, a national terrorism law, to euthanize the peaceful anti-mandate demonstration in the nation's capital and compelled financial institutions to cut off access to supporter's and participants' financial assets. Two separate multi-million-dollar crowd funding efforts to support the convoy were also terminated after multiple levels of government intervened.

According to the report from the Fraser Institute:

Hong Kong remains in the top position, though its rating fell an additional 0.28 points. Singapore, once again, comes in second. The next highest-scoring nations are Switzerland, New Zealand, Denmark, Australia, United States, Estonia, Mauritius, and Ireland.

Nations with more economic freedom had a higher per capita GDP for citizens, $48,251 in 2020, compared to $6,542 for nations in the bottom quartile.

The average income of the poorest 10% in the most economically free nations is more than twice the average per-capita income in the least free nations.

Top ranked countries saw2.02% of the population experience extreme poverty (US$1.90 a day) compared to 31.45% in the lowest ranked nations.