Drag Storytime at the Toronto Zoo

What happened to letting kids be kids? 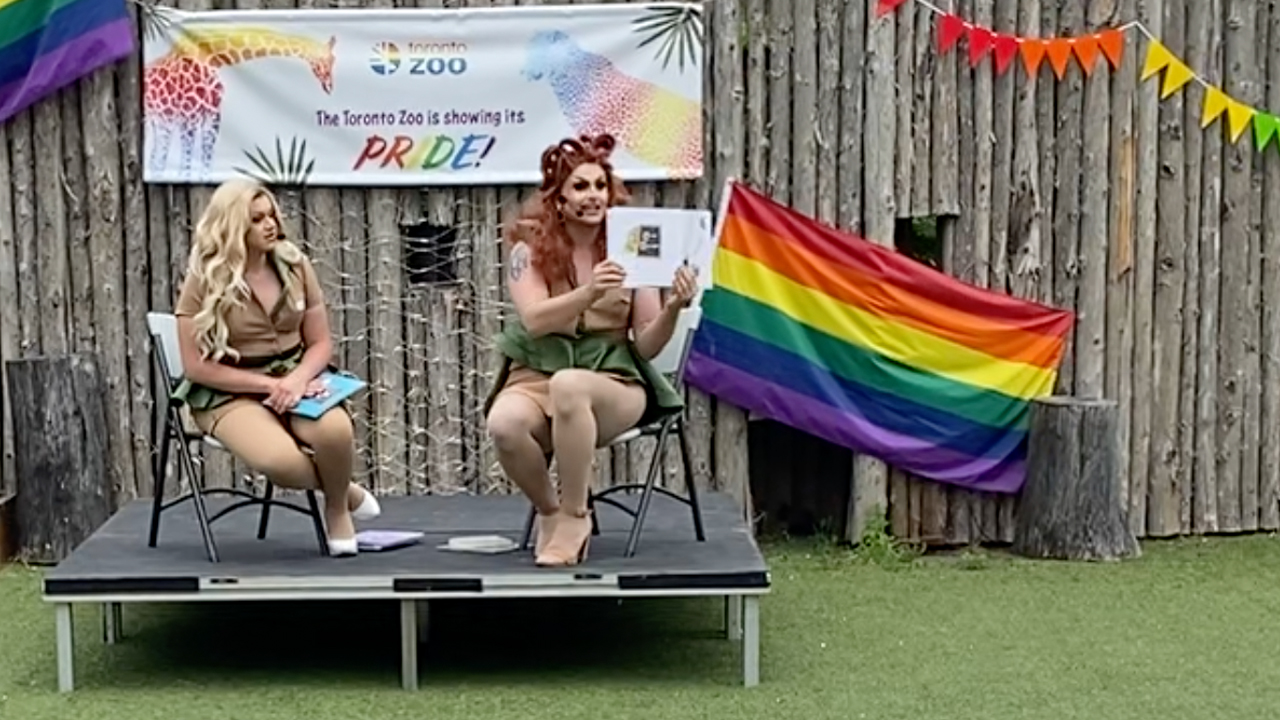 On Saturday June 11, the Toronto Zoo held an event called ‘Drag Queen Storytime’ and it was hosted by two drag queens,  Tiffany Boxx and Erin Brockobić.

The event was an hour long, where Tiffany and Erin each read animal themed children’s stories with the goal of teaching 'inclusion, diversity, self-love and respect for others.'

The Toronto Zoo hosted a Drag Story time Hour for children to "teach lessons of inclusion, diversity, self-love, and respect for others."

I attended the event to see for myself what exactly they were telling children. pic.twitter.com/bb7HdhEvWZ

Roughly 75-100 people attended the event, and all of them showed support for pride by wearing rainbow-coloured clothing and accessories. The two drag performers were wearing tight clothing, lots of makeup, and high heels.

It is interesting that this story-time was hosted outdoors on loudspeakers at the Toronto Zoo - a place where hundreds of children would be exposed to hearing these messages, whether they chose to attend the event or not.

Tiffany and Erin both actively engaged with the audience; interacting with children by asking questions and getting them to agree with statements such as, “we support our friends with different gender expressions, right?”

These are the books that are being recommended to young children. There seems to be a strong push to question your gender at a young age.

"What do you do when you're a bear on the outside, but you feel like a bunny on the inside." pic.twitter.com/6lUEJLbSGV

What’s disturbing is how this story-time is being treated like it’s an event with innocent performers, much like how a princess or a magician would be hired for a children’s birthday party. Except, drag queens are not appropriate for children.

What happened to letting kids be kids? What happened to teaching them real life lessons and traditional values that will help them excel in the future, instead of planting ideas that will damage them psychologically in the long run?

Teaching children at a young age that they are possibly born in the wrong body and that their gender is something that should be questioned, only leads to confusion. There is a strong push to normalize the abnormal, and that’s what we see more of today in the mainstream media.

An article from the CBC defended Drag Story-time that was recently held in San Francisco:

“Police say they are investigating a possible hate crime after at least five men entered the San Lorenzo Library in California's San Francisco Bay Area, disrupting Drag Queen Story Hour by yelling homophobic and transphobic slurs. Nobody was harmed, and nobody has been arrested.”

"Who brought the pedophile?” asked one guy in the video.

CBC appears to take the side of drag queen, Panda Dulce, who explicitly lip syncs in this video, defending herself against the comments made with this statement:

“I think when the right says they want to protect children, what they forget conveniently is that there are queer children. There are trans children. There are children who have seen violence and do not wish to inflict violence on others just because they're different, " said Panda Dulca to CBC.