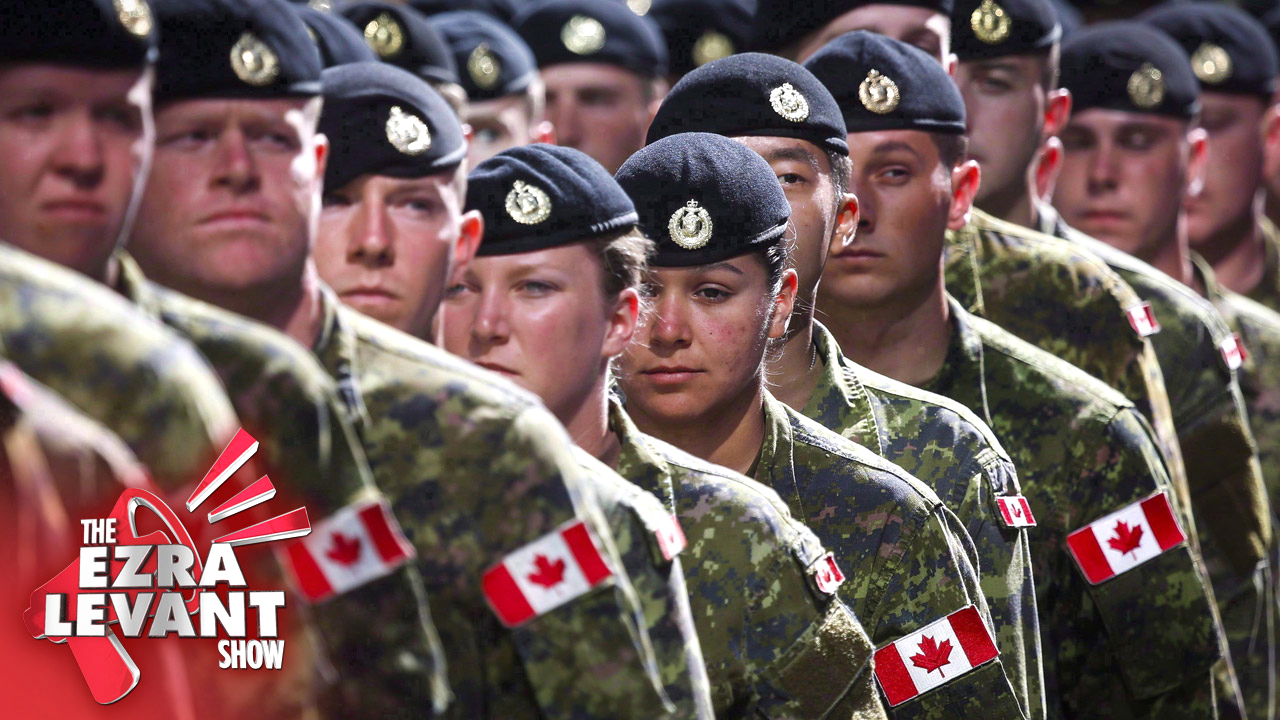 This week, I was shocked to learn just how far down that road Australia’s state called Victoria has gone, deploying soldiers to enforce some random, capricious, unscientific, whimsical, ever-changing, unsubstantiated public health orders. The curfew is the weirdest — as if the virus only comes out at night, like a vampire or something.

No, of course not. It’s for the menacing effect. It’s for the threat. It’s for the psychological control. I don’t think those soldiers want to do it. They didn’t enlist to go to war against their own people. Or to knock on house doors and spy on their compatriots. They’re being used.

But look at this — I didn’t see this when it was first published a week or two ago. It’s about how Canada’s military hatched a plan to wage an information battle against Canadians — Canadians who didn’t by the Trudeau government line — or the United Nations line:

So give them credit. It was quashed. But not before dozens of people had a hand in it. I’ll read a bit.

The Canadian Forces planned what some military insiders described as a propaganda campaign aimed at heading off civil disobedience by the public during the coronavirus pandemic.

But the initiative was shut down by the country’s top soldier who questioned whether it went too far in the methods military officers wanted to use.

Say, who came up with this idea? I don’t think it’s ever really answered in the story.

The campaign called for “shaping” and “exploiting” information, allowing the Canadian Forces to be able to strengthen trust in official sources of information, said a military planning document reviewed by this newspaper. One of the desired results was that civil order be maintained during the pandemic. “Canadian public is deterred from participating in Civil Disobedience,” according to the objectives of the plan. “Canadian public compliance with suppression measures is reinforced.”

So, we don’t have new fighter jets. So we can’t keep up with our American allies; we can’t properly patrol the skies against new generation Russian aircraft; we’re hopelessly outclassed by China’s burgeoning navy. We don’t really have any peacekeepers left in the world. We even cancelled the annual war games simulation at Cold Lake, called Maple Flag.

But we’ve got the resources and manpower and budget to cause political compliance? To suppress dissident voices?

Those dissident voices — we have a word for that. It’s called democracy. It’s what our military is supposed to be protecting.

The campaign was a combination of traditional communications methods, using public affairs staff and “influence activity” specialists as well as various other techniques to get military and government messages across to the public." If necessary, military vehicles with loudspeakers would be used to transmit such information.

So the purpose of the armed forces is to convey Trudeau’s speeches?

TONIGHT I'll tell you more about this chilling plan, and what I think its real goals were.

NEXT: Candice Malcolm joins me to talk about the great success the newly-formed Independent Press Gallery is already having.

I know why politicians tried to scare everyone when the pandemic arrived in the spring — but why are they still trying to scare us now?