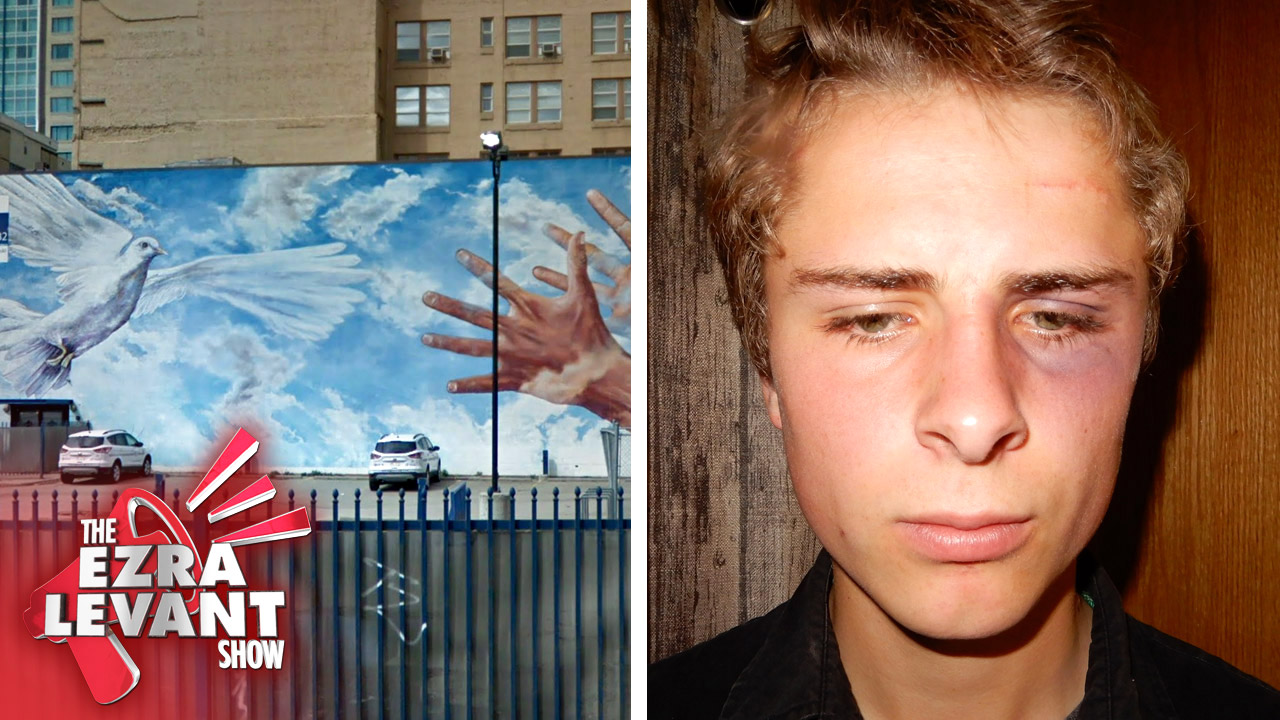 Calgary Mayor Nasheed Nenshi loves littering his city with horrible "art," all paid for by taxpayers, of course.

But his latest move is still beyond belief:

He plans to destroy an inspirational mural that's been beloved by Calgarians for 25 years, and replace it with radical Black Lives Matter propaganda.

Not only that, but even if this mural is saved due to public outrage, Nenshi has MORE such projects in the works.

This garbage has got to stop.

PLUS: I'll tell you the shocking story of a young man in rural Alberta, who was beaten by five sheriffs for a so-called "crime" you simply won't believe.

My guest is this family's lawyer:

Tonii Roulston is the same lawyer who represented the Albertan folk hero Edouard Maurice, who pulled out his gun to defend his family and property when criminals broke into his property.

Roulston successfully defended that case, so I was eager to talk to him about this latest outrage.

PS: You can help the family pay their legal fees at HelpJeremia.com