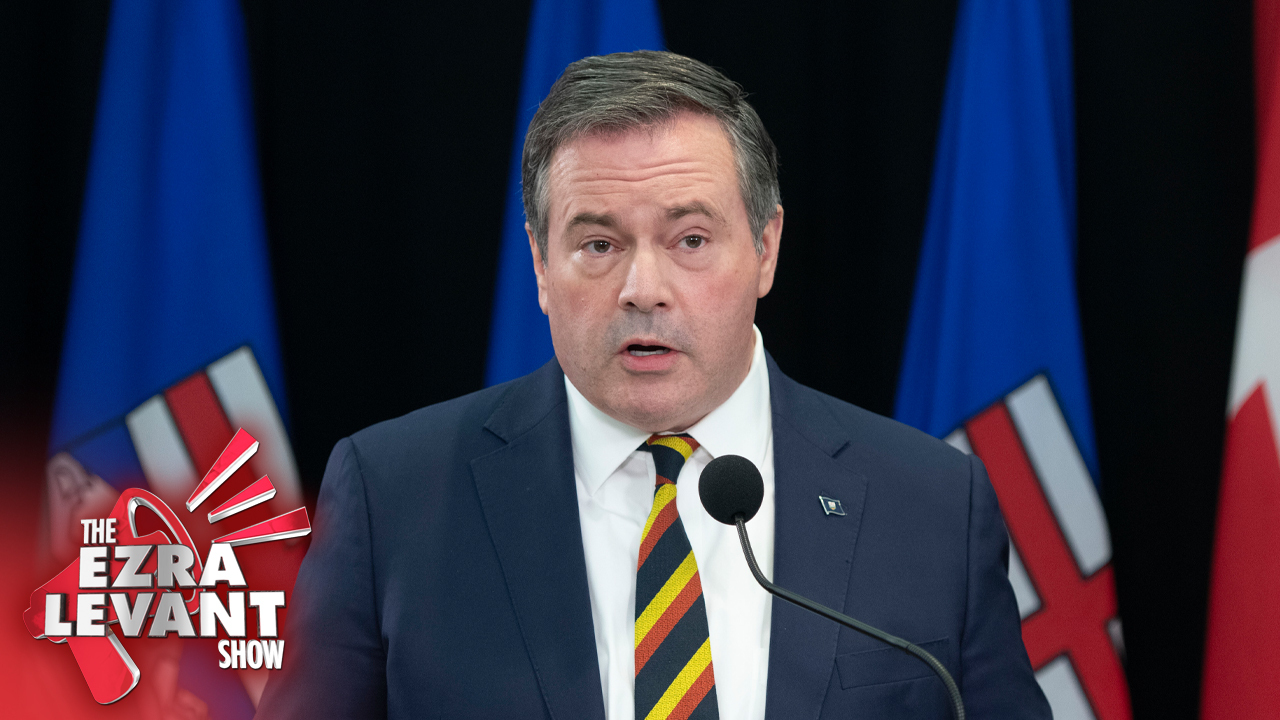 Did you see Trudeau in Parliament the other day? He wasn’t making much sense. We need the restrictions to avoid restrictions or something?

That’s Trudeau. But really, how different is that from Jason Kenney, the premier of Alberta? Kenney had a hastily schedule press conference last night in direct response to the two-week blockade at the Alberta-Montana border, in the little village of Coutts Alberta.

Just to recap, Coutts is a little village right at the border; a few hundred truckers are blocking the border, and they’ve been reinforced from time to time with farmers, which I think shows a lot of local support.

Unless the police are literally going to start shooting people, there’s simply no way to get those men into a police car. Not with that number of them, and the local support.

And here’s the local MLA, Grant Hunter, who finally popped up in the media. On our channel. Last night. Standing in the room with the truckers.

So he’s been with the truckers three times now — including one with his family! He finds them inspiring. He says politicians should learn from them. He says he wants to make sure they’re doing fine, staying healthy.

He was there, with the blockading truckers, while Jason Kenney was making his announcement in response to the truckers.

It couldn’t be more symbolic. This rural MLA got 78% of the vote last time. He knows how to read the ground. Jason Kenney is about 20% in the polls. The party is going to lose with him.

Kenney called that emergency press conference precisely because of the truckers. But he wanted to be really, really clear — it had nothing to do with the trucks!

Yeah. They’re totally not on his mind at all. Definitely not. And his April 9 leadership review — totally not thinking about it at all.

But he was pretty tricky about it. The truckers want an end to all the lockdown laws. And end to the vaccine mandate — that means forced vaccines. And indeed, Kenney said he was ending the provinces vaccine passport, which he laughably calls the restriction exemption pass or whatever.

But what a trickster. He is keeping the entire bio-medical security state underneath it. The database. The QR codes. Because he was quite explicit about this— he will support any business that wants to bring in their own vaccine passport.

And he will continue to provide the QR code, and the surveillance database, so that anyone can discriminate like that.

And he will continue to force vaccines on government staff — that’s not over. Every nurse, every paramedic. They’re all still fired.

So what exactly changed? Not quite sure. The truckers at the border are unconvinced, too — they blocked the road last night again, after hearing from Kenney.