Airports set up separate lines for vaccinated and unvaccinated people. How do you feel about that? 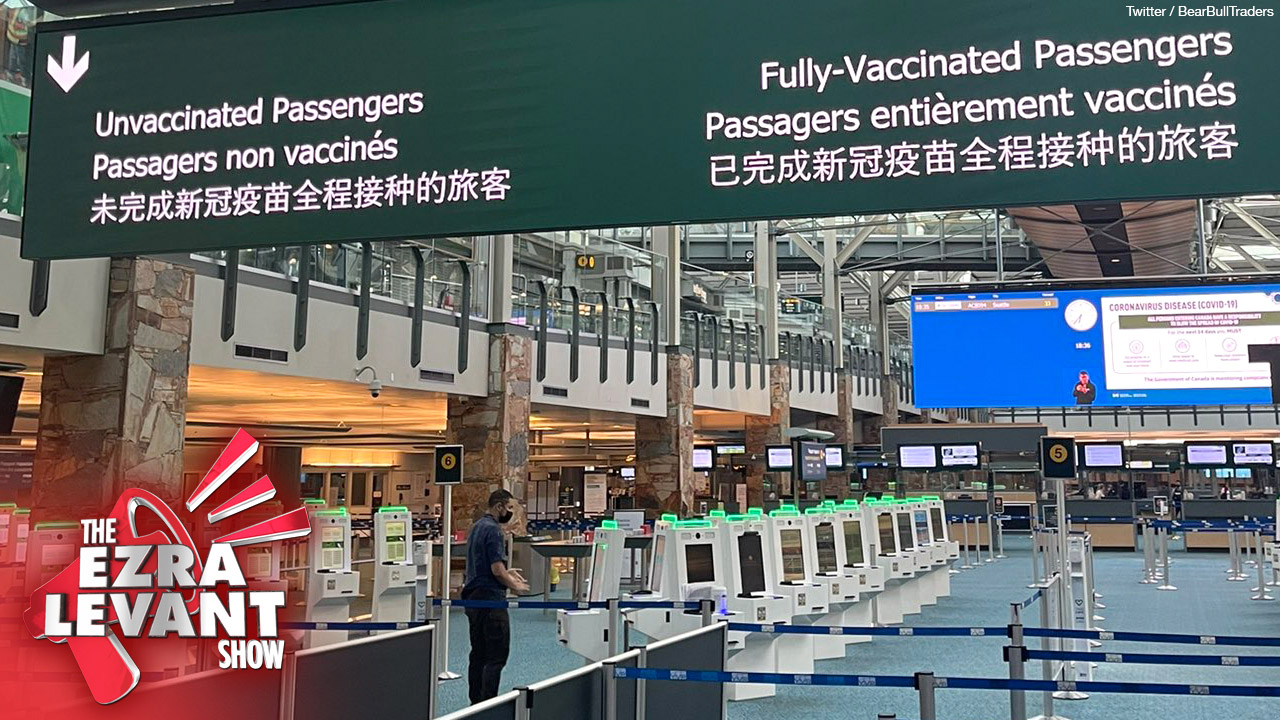 I couldn’t believe it; this went up with no notice, no warning, no public discussion, obviously no debate in a legislature, no vote, nothing like that.

True story, I sent that image to one of our civil liberties lawyers and said we should challenge this, and they wrote back saying, and I’m quoting here:

Add to your team of lawyers and get one in whatever country this is. (Also, can you see the future in this photo? ….I think I can, and it’s scary.)

I think that lawyer thought that picture was from a foreign country, because they didn’t recognize that was Vancouver, and many airport signs in Vancouver are in Chinese as well as English.

In other words, they thought — no way that’s Canadian, boy, hope it doesn’t happen here.

We sent our Drea Humphrey to the Vancouver airport to check it out — she couldn’t get to the part of the airport where those two lines are; they’re for international arrivals. But the airport spokesman did confirm to her, it’s real — and it was ordered up by Trudeau.

Now, just as soon as they went up, they started coming down — before I could mobilize our civil rights lawyers to take a run at them. They each used excuses that I simply didn’t believe — that it was too “inefficient”.

But do you doubt they’ll be back, more cleverly constructed? Oh, you can bet on it. I mean, you don’t think this is going to end soon, do you? Here’s a reminder — Trudeau is planning to have you on these experimental meds for years.

Have you heard anyone giving an expiration date for these vaxx passports?

They don’t; because it’s a permanent system.