There is no war in Canada. But Trudeau is using the war in Ukraine as an excuse to bring in censorship — in Canada 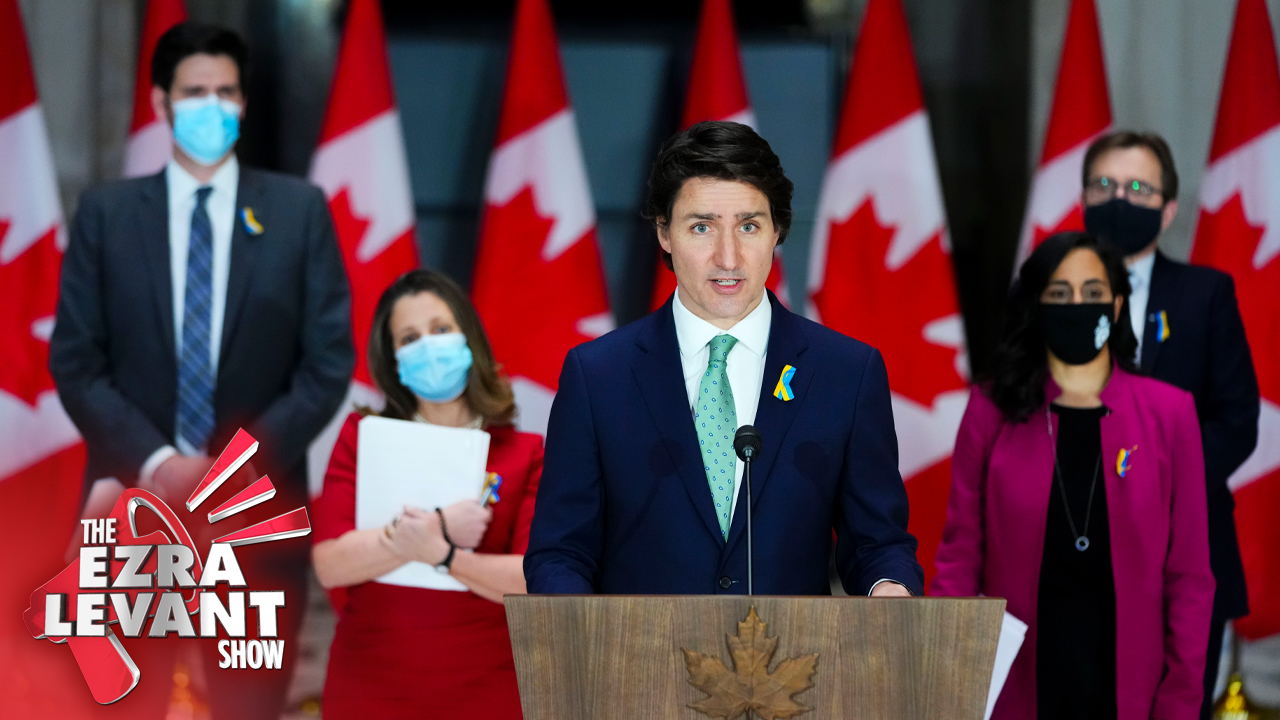 I showed you the other day how Trudeau, through his censorship minister, Pablo Rodriguez, pressured Canada’s cable companies into banning Russia Today from Canadian airwaves.

To be clear: there was no CRTC hearing. The CRTC stands for the Canadian Radio-television and Telecommunications Commission — that’s Canada’s TV and radio regulator. That Trudeau wants to expand to the Internet, of course.

Trudeau skipped that whole process, by basically demanding that the cable companies ban Russia Today, and they all did.

Look, there’s propaganda on both sides. I have watched plenty of footage of Vladimir Zelenskyy, the Ukrainian presidents. And I’ve watched a smaller amount from the Russian side. And of course there’s a fog of rumours and gossip and lies that is not attributed to anyone.

I’m glad I can hear both sides. There’s probably more than just two sides, actually. I don’t trust any government to tell me the whole story; and I certainly don’t trust the media to, either.

Well look at this. Just out last night.

Statement on behalf of Canada, Chair of the Freedom Online Coalition: A call to action on state-sponsored disinformation in Ukraine

That’s what they mean. They’re tricksters with their wording, but it’s what they say, if you read carefully. Social media platforms play an important role in the fight against disinformation — in the last few days, we have seen them make unprecedented and powerful decisions to restrain the Russian Federation’s attempts to misinform national and international audiences.

They literally name the websites they want smashed — but they immediately say now much they care about freedom, while they smash it: [image] While respecting freedom of expression, Canada calls on platforms to work with the Freedom Online Coalition and to keep taking every step possible to counter state-sponsored disinformation, including that propagated by Russia Today and Sputnik channels online. We offer our continued collaboration to get this done in a manner guided by respect for human rights and the UN Guiding Principles on Business and Human Rights.

The closing couplet — because it’s like a poem — is just incredible. Canadians can’t have freedom of the Internet.

We support Ukrainians’ human rights and Internet freedoms, and will work together to counter state-sponsored disinformation, which puts democracies and lives at risk.”

I think Ukrainians should have Internet freedoms. You bet I do. But even more, I think Canadians should — including to listen to propaganda from anyone they choose, whether it’s from the Canadian government, the Canadian state broadcaster, or any foreign version of it.

My friends, they’re using a war on the other side of the world as an excuse to censor you.

They’re not going to stop until they do.