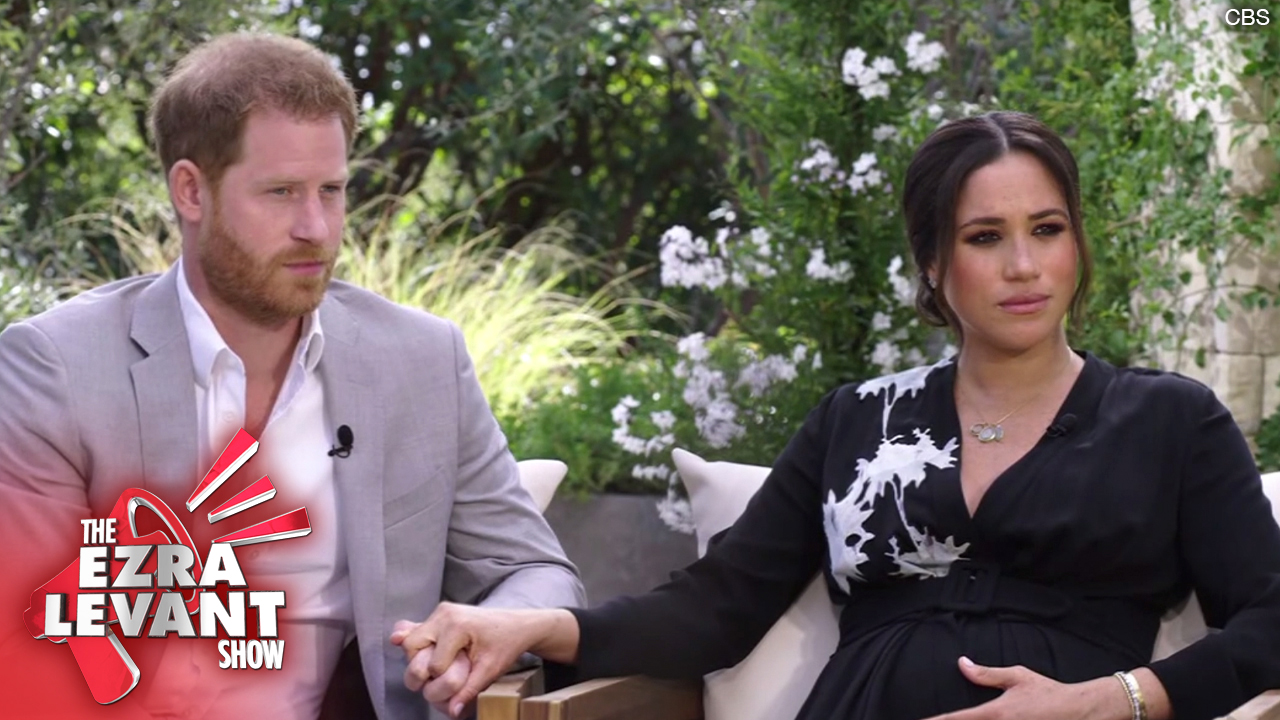 Keean Bexte steps in to guest host while Ezra Levant is on assignment.

The grifters strike again! Meghan and Harry twist the knife hanging out of Harry’s grandmas back.

You may have tuned in to their interview with Oprah this weekend – or you may have had better things to do like cleaning your gutters.

If you didn’t don’t worry – what went down wasn’t anything outside of what was predicted by anyone who has seen how Meghan Markle operates.

To summarize: Meghan announced that the troubles all began when it was made clear that her soon to be born son wasn’t the centre of the monarchy, and would not be granted the title of “prince.”

Of course, the Queen is the only one with the final say on titles, and the implication was clear.

In reality, the son of a low-ranking member of the Royal Family doesn’t get to be a prince. That is just how it works. Meghan didn’t get what she wanted, so she decided to try to blow it all up.

NEXT: Spencer Fernando (@SpencerFernando on Twitter) calls in to talk about how the majority of Canadians oppose the decision by the Trudeau cabinet to abstain from the vote on declaring China’s actions against the Uyghurs a genocide.