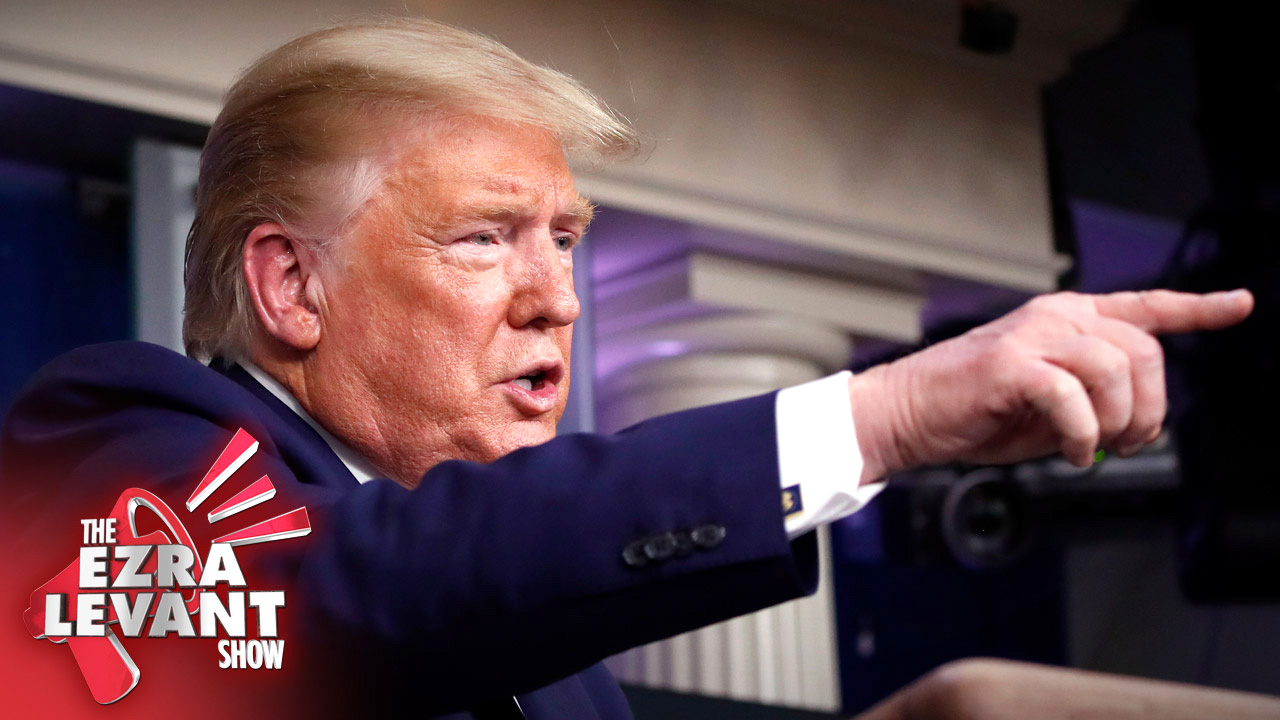 Tomorrow is a very special day for Justin Trudeau. First of all, he gets a raise.

Seriously — in the middle of the pandemic, one million newly unemployed Canadians, Trudeau (and the rest of Parliament) are giving themselves a raise.

He’s the one guy you’d think would be working. But he’s now approaching his third week in seclusion, even though he doesn’t have the virus, and his wife is living apart from him.

So tonight at midnight, he gets his raise. And the carbon tax goes up by 50 per cent.

People are truly hoarding those, and Chinese ex-pats around the world have bought them all up and shipped them to China — something that Trudeau himself did.

You can’t find any. At least I can’t, and I spent some time driving around and calling around. Ontario Premier Doug Ford heard there were some in a warehouse that weren’t getting shipped, so he literally drove there himself to deliver them.

Now, it’s the same in the U.S. There are shortages. But at least American industry is doing something about it.

Trump gets on the phone personally, and he goes to work on big corporations — Art of the Deal style.

They’re happy to comply out of patriotism and business interests. But Trump is there to make sure they do it and do it now. And he gives them some love — he gives them some spotlight as heroes, like he did at yesterday's press conference.

So that’s America. The FDA has cleared out bureaucratic red tape for testing and approving drugs. Normally that takes years — they’re doing it in weeks. They’re also trying out existing drugs that might work.

Which brings me to the point: what are we doing here?

The Toronto jacket manufacturer Canada Goose will begin making scrubs and patient gowns. and begin distributing them to hospitals next week.

Some hockey manufacturers are making visors, and liquor companies are now making alcohol based hand sanitizers. I think that’s great.

But I’m sorry — those are drops in the bucket. Where is the great push to industrialize? To bring our supply chain home from China?

We have the laziest leader in the world. He’s quarantined even though he doesn’t have the virus. He’s giving himself a pay raise. He’s raising taxes on farmers and truckers. And he’s not lifting a finger to get Canadian industry to rally to the fight.

He’s like an emotional teenager, sleeping in, watching Netflix and avoiding any responsibility.

NEXT: Joel Pollak of Breitbart.com joins me to talk about rumours that NY Governor Andrew Cuomo will be the Democratic presidential nominee.