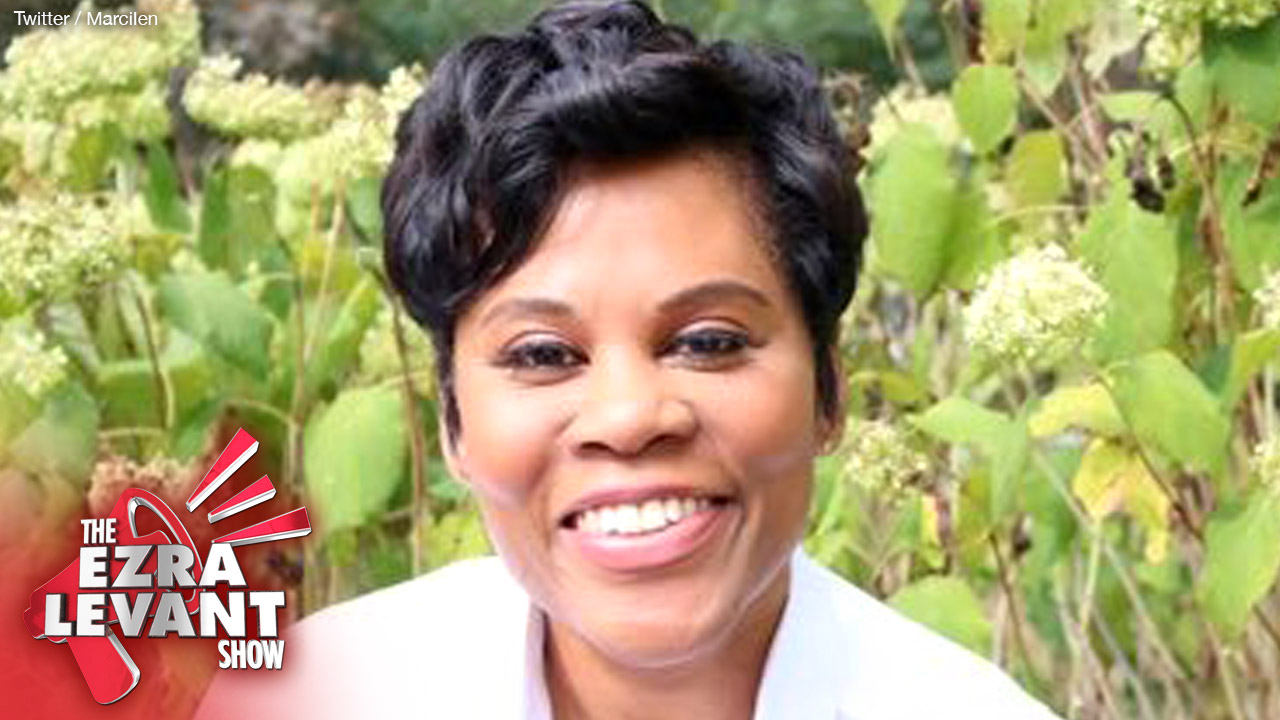 A community leader, broadcaster, advocate, and mom — for over 30 years, @MarciIen has been a champion for a better and more inclusive Canada, and we're excited to welcome her as our new Liberal candidate for Toronto Centre.

She’s not really those things.

For years, Marci Ien was just a news reader on CTV — not really a reporter. She just read the teleprompter, words that were written by producers. I know this because I was on her shows a dozen times.

Then she joined CTV’s gossip show, a low-budget knock-off of The View called The Social. It’s just what it sounds like — catty women disparaging each other.

They all condemned Jessica Mulroney, Meghan Markle’s friend, of not being pro-black enough, and they cancelled. Here’s Marci Sen joining in that cancel culture mob:

Here she is posing deadly serious with Black Lives Matter.

I don’t believe Marci Ien actually knows anything about the BLM organization itself — its anti-Semitism, its Marxism. It’s just another brand for her to support, if it’s ok with her white bosses at CTV.

Perfect training for running for Justin Trudeau, now that I think about it. I mean, imagine running for Trudeau and the Liberal Party in 2020. In 2015, I get it — Trudeau was fresh, new, untainted, this was before the groping fiasco.

But in 2020? Yikes. You really do have low standards. Which is a good fit for the Liberal Party in Toronto Centre.

That's the riding where Bill Morneau, the crooked finance minister, resigned in disgrace, not just from cabinet, not just from the Liberal caucus, but he literally quit his job as an MP, abandoning Parliament less than a year after running for it. What a disgraceful man.

Marci Ien will run there. Which is a surprise, because a whole bunch of actual community activists wanted to run,, too. Not just people who read teleprompters and have middle age gossip girls sessions on daytime TV. I love how they call her a "community advocate," that’s creative. But seriously, real community leaders were running for the Liberal Party nomination there were actively selling memberships, working on building a team.

Every journalist thinks they, too, will be an MP, or preferably a Senator, one day. Seamus O’Regan, widely known as the the stupidest reporter at CTV, was appointed to cabinet, after all.

You know, whenever this happens — and it happens a lot — that a journalist leaves the CBC or CTV or Global or wherever, to join the Liberals, I always make the same quip: how much back-pay are they getting? As in, they’ve been a Liberal shill for so long, really, they were already doing the partisan job.

That used to be a joke. But given Trudeau’s massive media bail-outs lately — it’s not even a joke anymore, is it?

NEXT: Drea Humphrey joins me to talk about some of her excellent recent reports!