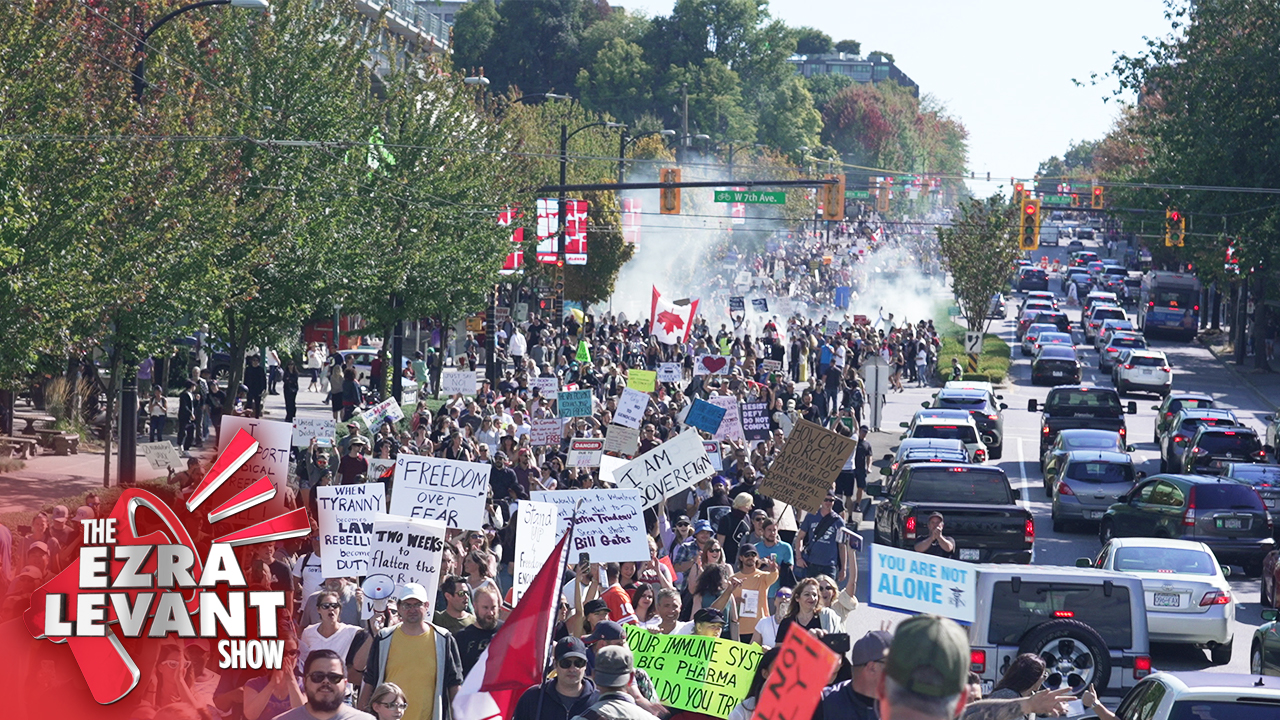 You know, this morning I asked our team to make a big poster of this photograph, to be put on our office wall.

I also asked for a big poster of this one, too. It’s the tank man from Tiananmen Square — but it’s the wide angle shot, which is tremendously more dramatic.

Nurses especially, who worked for 18 months without a vaccine just fine, were called heroes, they’re now being thrown out if they don’t submit.

So they’ve had peaceful protests — outside hospitals. There’s nothing holy about hospitals. I don’t support being too noisy outside a hospital — there are rules against that, by the way, already.

But Trudeau saw that, and he threatened to ban such protests — noisy or not, peaceful of not. He was just offended that some nurses might have an opinion about their health that didn’t completely submit to him. He has trouble with women who disagree with him, doesn’t he?

There are already rules against violence or disturbing the peace at places like a hospital. That’s not what he wants to ban. He wants to ban the right to speak out at all — even quietly.

Even privately. Even online, as we showed you again yesterday.

Well look at this today;

Do you think you’ll be done with two shots? I know someone who just ordered you ten shots — 400 million total. That’s ten boosters for every man, woman and baby.

What are you going to do? Protest it?

Yeah, it’s harder to be August Landmesser than it looks.

GUEST: Sheila Gunn Reid on our We Won't Ask campaign.