It's getting worse: They’re taking us back into lockdowns. 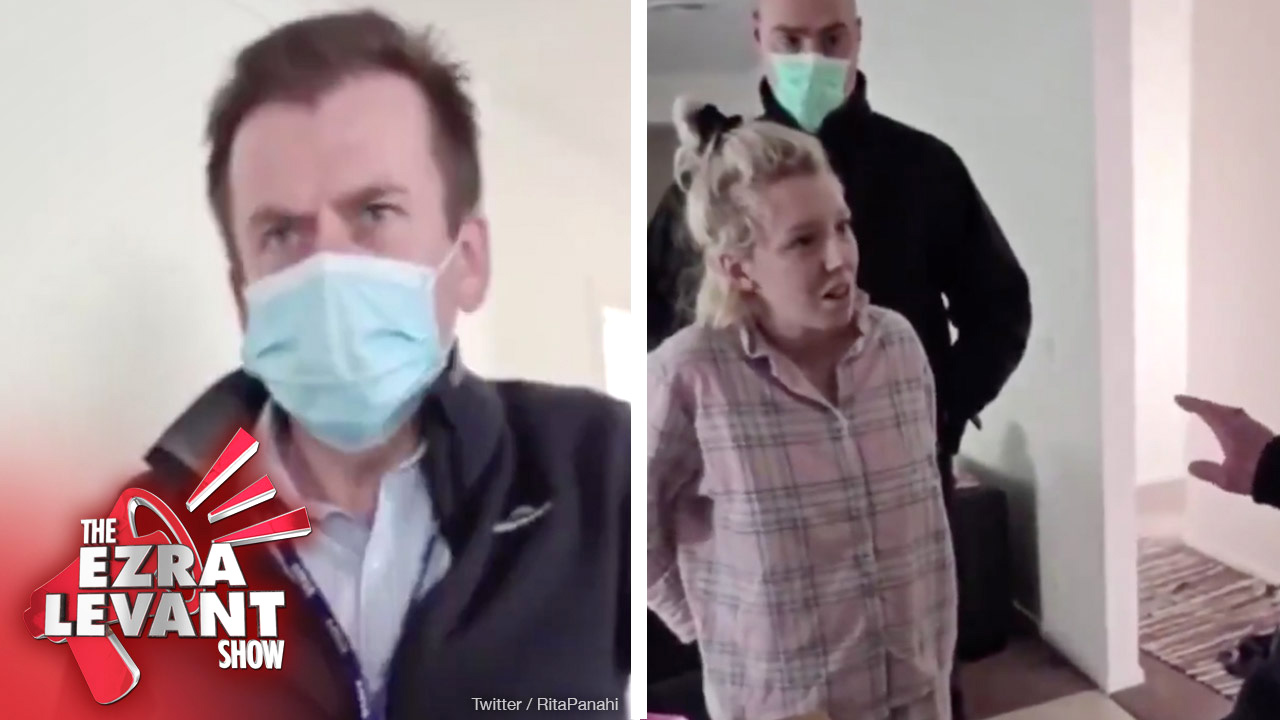 You’ve probably seen this footage of a pregnant mother in the Australian state of Victoria, police burst into her home, with an actual search warrant, approved by an actual judge, to arrest her, to handcuff her, to take her away — even though she is visible pregnant and has an ultrasound appointment in an hour — and all for posting a Facebook post about a peaceful protest against the lockdown.

That could that happen here?

Well, I don’t want to let the air out of the balloon on this one, because we’re about to do a full news report on it, but tonight I'll show you footage an RCMP officer going to the home of a private citizen to “talk” to him about his Facebook posts about the pandemic measures.

We’ll tell you more about that story. But do you see what I mean? Less than a month for that idea to move from Australia to Canada.

Here’s another idea, this one from New Zealand:

But hey, that would never happen here, right?

Yeah, again, it already has. Again, I'll show you the Canadian video on tonight's show.

And I told you yesterday how various governments are blacklisting and deplatofmrin and boycotting a Quebec City radio station that dares to criticize the government’s out of control lockdowns.

Montreal restaurateurs say they don’t understand why the provincial government is ordering their businesses to close even though there have been no COVID-19 outbreaks tied to the city’s famed restaurant industry.

The ruling class is in charge. Not one of them lost a day’s wages. Many had a six-month paid vacation. Teachers will be paid either way, and they’re prefer to be paid to be at home watching Netflix.

(Not one single child has died from the virus. But that’s a small detail...)

Most hospitals in Canada are empty or partly empty. There never was a surge in cases. In Ontario, each virus patient has two hospitals to themselves.

TONIGHT I'll show you more news from the rest of the world — like England, where they've passed laws against... singing.

And remember that we are no different here. If anything, our government is worse.

Do you really think you’re immune? Brace yourselves, my friends.

NEXT: American author and columnist Benjamin Weingarten joins me to talk about last night's presidential debate.