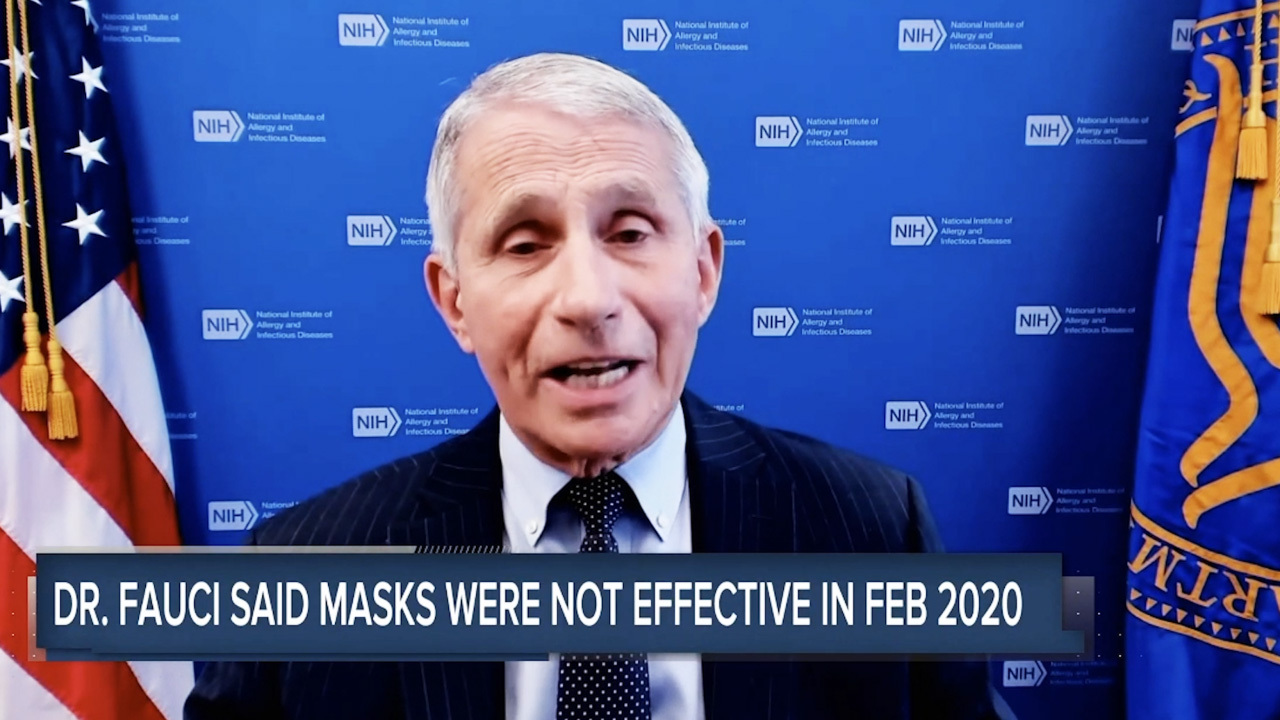 Following the release of his public emails that have called many of his public statements on the COVID-19 pandemic into question, Dr. Anthony Fauci has been responding to criticisms in a slew of interviews including a mostly-friendly exchange with host Leland Vittert of NewsNation, where he attempted to defend some of the most viral emails.

“I should have added a few more sentences,” Fauci explained when defending his email which stated the following:

“The typical mask you buy in the drug store is not really effective in keeping out virus, which is small enough to pass through the material... I do not recommend that you wear a mask, particularly since you are going to a very low risk location.”

Fauci defends his email in which he said masks are "not really effective" by claiming there wasn't evidence at the time/there was a mask shortage/not enough context; basically anything he could think of:

Fauci blamed a lack of wider context as the reason for much of the criticism of his emails, along with idea that there was not enough prevailing evidence about the efficacy of masks at the time this particular email was sent, in February 2020.

In addition, the doctor cited a “mask shortage” as a reason to give the advice he gave in the email that contradicts his public-facing opinion which came later.

"The idea, I think, is quite far-fetched that the Chinese deliberately engineered something so that they could kill themselves, as well as other people...I think that's a bit far out, John."

China harm its own people? No way Tony!