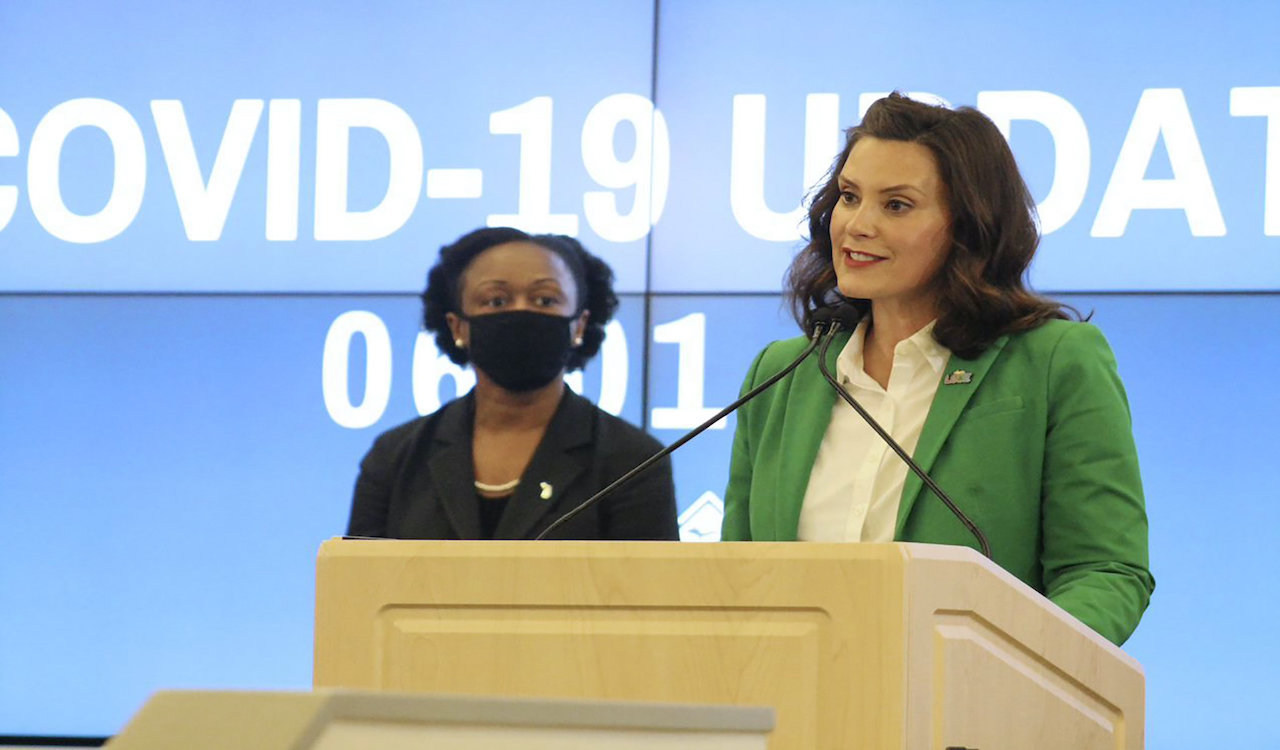 A newly released affidavit written by FBI agent Richard J. Trask II details his role in uncovering a violent plot to "overthrow" the Government in Michigan and kidnap the Democratic governor at her vacation home and force her into a "trial" for "treason" at a remote location in Wisconsin.

Six men were arrested for their roles in the plot -- Adam Fox, Barry Croft, Ty Garbin, Kaleb Franks, Daniel Harris, and Brandon Caserta. All men with the exception of Croft are residents of Michigan. In his sworn affidavit, Trask states that the men had formed a militia based off of achieving self-sufficiency and following the U.S Bill of Rights.

"They discussed different ways of achieving this goal from peaceful endeavors to violent actions. At one point, several members talked about state governments they believed were violating the U.S. Constitution, including the government of Michigan and Governor Gretchen Whitmer." Trask writes, going on to say that several of the group's members discussed murdering public officials they believed to be violating the U.S Constitution.

The FBI became aware of the militia in March 2020 after members sought the personal information and addresses of local law enforcement officers. Their plan, allegedly, was to build up a militia of "200 men" to storm the Capitol building in Lansing, Michigan and take hostages.

Trask's affidavit also says that in June 2020, the group met with the stated purpose of discussing "shooting up" the Governor's vacation home. That same meeting, the group decided to abandon their plans to storm the Capitol, and simply go after Whitmer.

A transcript of an audio recording in the affidavit reveals a violent outburst by one of the suspects on the plan, with suspect Adam Fox saying "Snatch and grab, man. Grab the f*ckin’ Governor. Just grab the b*tch. Because at that point, we do that, dude -- it’s over.”

On August 9, Fox reiterated his plan at a meeting, suggesting someone murder Whitmer at her home.

"Have one person go to her house. Knock on the door and when she answers it just cap her . . . at this point. F*ck it.” He added, “I mean... f*ck, catch her walking into the building and act like a passers-by and fixing dome her then yourself whoever does it.”

The FBI states that the group had surveilled the Governor's home on multiple occasions.

On September 30, Fox and the group purchased an "800,000 volt taser" to be used during the kidnapping operation.

Governor Whitmer has been the target of abusive campaigns in the past over the COVID-19 lockdowns she has imposed in Michigan, with some conservative anti-lockdown protestors comparing her to Adolf Hitler. Jewish and Israeli news outlets have previously decried the comparisons.