As detailed by the Daily Wire in 2020, Jill Biden snapped when previously asked the same question in an interview with NBC News. 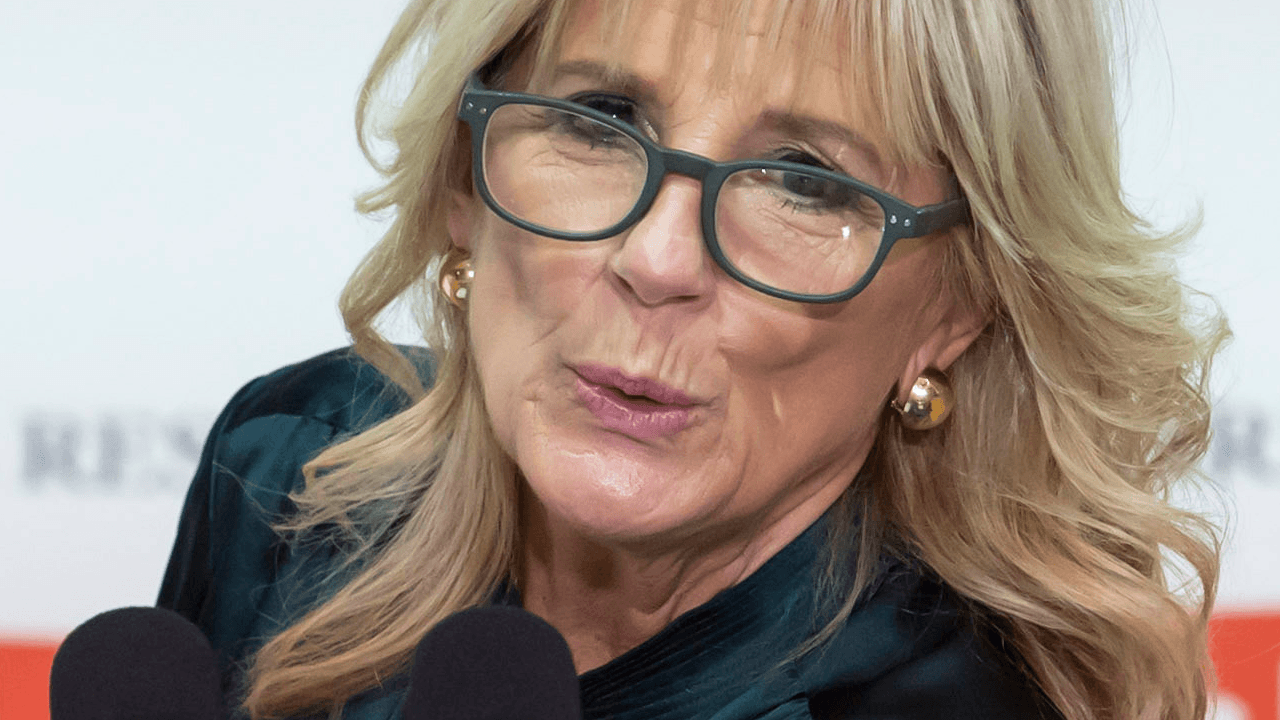 First Lady Jill Biden was asked about the mental fitness of her husband, President Joe Biden, who has been criticized for his lapses in speech and questionable behaviour. In the CBS News interview on Sunday, the First Lady laughed off questions about her husband's mental health.

Asked if the President’s spiralling poll numbers bothered her, Jill Biden replied, “You know, I look at it a little differently.”

“During the campaign, Joe made certain promises, things that he would do,” she stated. “And we were going through a pandemic, which no one could have anticipated. So he did come in and rescue America with the American Rescue Plan. And millions of families got money, because they were desperate.”

“We have vaccines for kids, ages five and up,” she continued. “And now with the infrastructure plan, we’re going to have better roads and better buildings that don’t have asbestos. Better drinking water.”

Host Rita Braver threw her a softball question, asking if Joe Biden’s numbers will turn around if the public “kind of comprehends this,” suggesting that Jill Biden’s remarks were an accurate assessment of her husband’s performance.

“And one more question on that on the polls, because there have been some recent polls that show that quite a few Americans have some questions about the President’s current mental fitness,” Braver said. “As somebody who spends… I can see you’re shaking your head, so what’s your response to that?”

As detailed by the Daily Wire in 2020, Jill Biden snapped when previously asked the same question. In an interview with NBC News’ Savannah Guthrie, the journalist asked her if it was fair for then-President Donald Trump to attack Biden’s cognitive abilities.

“The president’s campaign this week released an ad just really attacking your husband’s cognitive abilities, suggesting that he’s lost a step or two in the last few years,” Guthrie said. “As far as you’re concerned, is that a fair attack? Is that something that should be debated as part of the campaign?”

“No. No. It’s ridiculous,” Jill Biden snapped. “I mean Joe’s on the phone every single minute of the day talking to governors who are calling him and Nancy Pelosi. He’s on the Zoom. He’s doing fundraisers. He’s doing briefings. I mean he doesn’t stop from 9 in the morning till 11 at night. So, that, you know, that’s ridiculous.”

Jill Biden: “No,” Biden’s mental acuity should not be debated. “It’s ridiculous. I mean, Joe’s on the phone every single minute of the day talking to governors who are calling him and Nancy Pelosi, he’s on the Zoom, he’s doing fund-raisers." pic.twitter.com/kE9KyaS2JC

In late November, Rep. Ronny Jackson, the former White House physician for presidents Obama and Trump said he believes President Joe Biden has avoided cognitive exams because he would have “failed miserably.”

As reported by Rebel News, Jackson, who is now a congressman for the state of Texas, described Biden as “lost,” and “confused.”