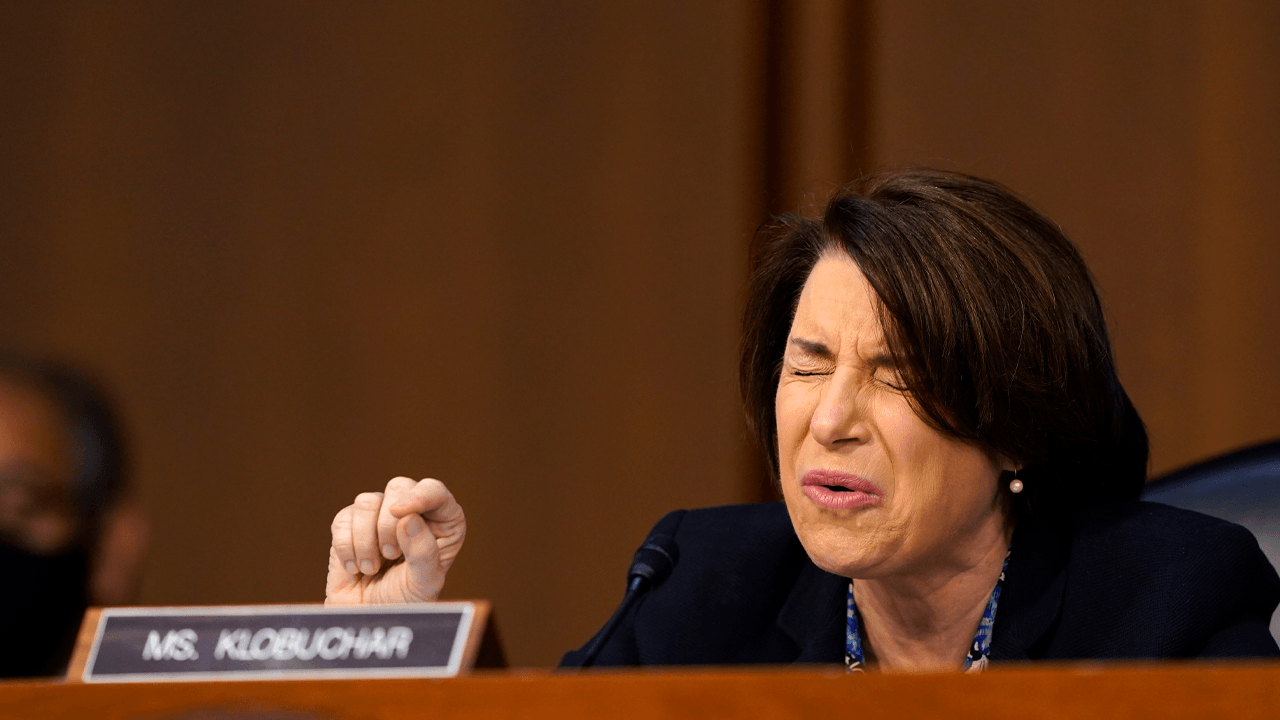 Democrat Senator Amy Klobuchar raged at President Donald Trump late on Tuesday night after he demanded that Americans get bigger stimulus checks, stating that he was “literally” trying to destroy the country.

Trump shot down the 5,593-page bipartisan stimulus bill from Congress, calling it a “disgrace” and demanded that Americans receive upwards of $2,000 per person instead of the proposed $600.

During an interview with MSNBC’s Rachel Maddow, Klobuchar responded to Trump’s remarks demanding significantly larger stimulus checks for American citizens, stating, “I’m asking Congress to amend this bill and increase the ridiculously low $600 to $2,000 or $4,000 for a couple,” Trump said in a video that he posted online. “I’m also asking Congress to immediately get rid of the wasteful and unnecessary items from this legislation and to send me a suitable bill or else the next administration will have to deliver a COVID relief package.”

Maddow asked Klobuchar her opinion on what she thought of the remarks Trump made during his video, to which she responded, “I kept thinking tonight while these pardons are an attack on our very democracy, this is an attack on every American, people who are struggling to get by right now, out of work, whose unemployment, the unemployment is going to basically end the day after Christmas if this doesn’t pass.”

“People who are out of work, people who need the help, the vaccine distribution is in this, $30 billion, these vaccines are not going to just parachute into a small town in the middle of Minnesota,” she continued. “We need the help for the states to get the vaccines out, and he is literally undermining our entire effort on testing and vaccine distribution. This was a hard-fought negotiation. Of course, you’re right, Democrats were pushing for more funds for the individual payments, but in the end, this was a negotiation, and he knows very well, we’re reaching the end here with the unemployment, with our small businesses can’t take it anymore.”

“It is the second biggest stimulus in the history of America and for him to turn this down, obviously we have the votes to override his veto,” she concluded. “But he should not be doing this right now when his own treasury secretary, Steve Mnuchin, was involved in the negotiations from beginning to end. He is literally trying to burn this country down on his way out as I said at the beginning.”

Amy Klobuchar says Trump refusing to sign a bill that gives people next to nothing and wanting instead for people to receive $2k is an attack on every American. pic.twitter.com/Eoa6B4797R

Klobuchar’s attack on the president for calls to increase the size of stimulus checks clashes with other Democrats’ responses. Reps. Ocasio-Cortez and Rashida Tlaib both seemed to want to take credit for Trump’s proposal of a $2,000 per person stimulus package.

Attacking Democrats in his remarks, Trump stated, “Democrats cruelly blocked COVID relief legislation in an effort to advance their extreme left-wing agenda and influence the election.”

Democrat House Speaker Nancy Pelosi, and Minority Leader Chuck Schumer both quickly attempted to assert that Trump had come around and agreed to give Americans what they wanted.

“Republicans repeatedly refused to say what amount the President wanted for direct checks,” Pelosi wrote on Twitter. “At last, the President has agreed to $2,000 — Democrats are ready to bring this to the floor this week by unanimous consent. Let’s do it!”

“We spent months trying to secure $2,000 checks but Republicans blocked it,” Schumer wrote on Twitter. “Trump needs to sign the bill to help people and keep the government open and we’re glad to pass more aid Americans need. Maybe Trump can finally make himself useful and get Republicans not to block it again.”

Schumer’s claims were debunked by the fact that the Republicans were the first to propose a relief bill during the height of the COVID-19 pandemic.

Your evening reminder that this COVID relief deal was actually proposed in July by Republicans.

People suffered for 4 months because Nancy Pelosi hates President Trump, & would do anything to help a Biden win.

However, Pelosi praised this week a $900 billion that gave out $600 checks to Americans as “significant,” after rejecting a $1.8 trillion offer from the administration before the election that CNBC said included stimulus checks of $1,200 for adults and $1,000 per child.