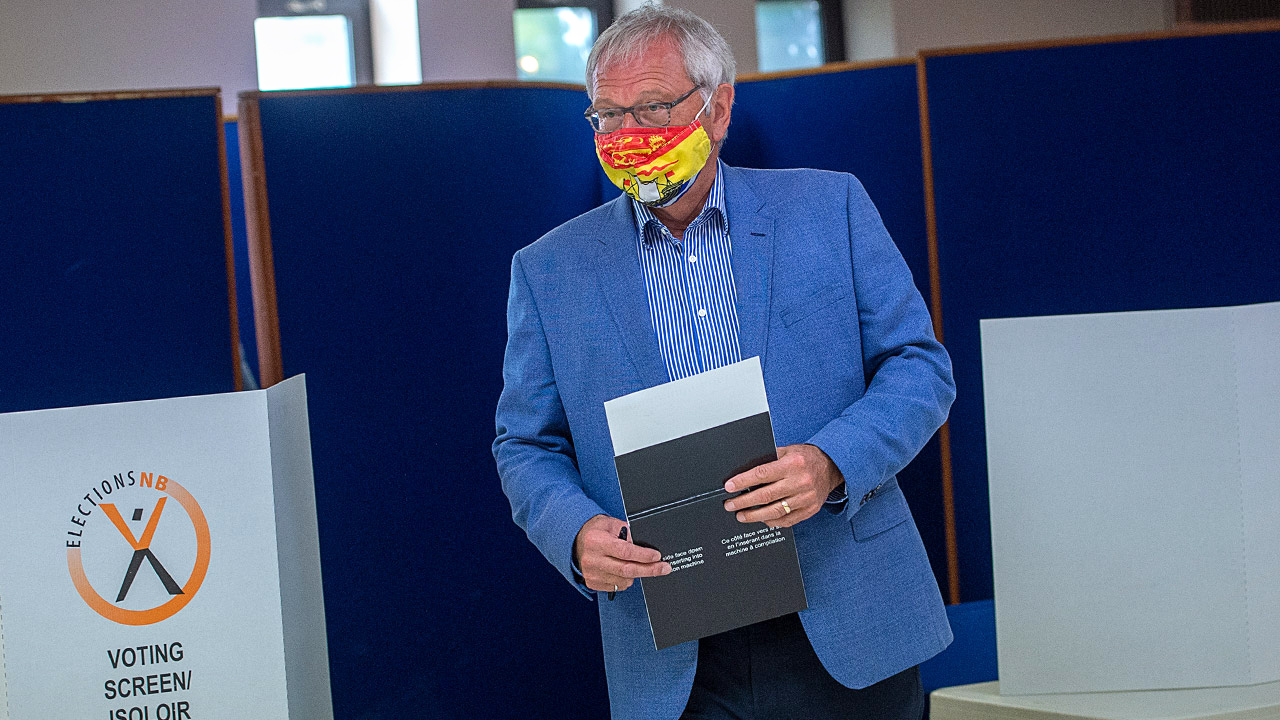 New Brunswickers are heading to the polls today in the first general election to be held in Canada since the start of the COVID-19 lockdowns.

Progressive Conservative Premier Blaine Higgs is defending his riding as the the incumbent candidate.

Higgs is the MLA for Quispamsis, which is part of the Greater Saint John Area. The riding of Quispamsis included Hampton until 2013.

Regular Rebel readers will recognize Hampton as the home of one our of most famous Fight The Fines cases where Walter Matheson was handed a $300 ticket while parked at a Tim Hortons.

The bully lawyer for the RCMP officer in this case, Carley Parish, is running for the Liberals in the riding of Hampton.

Last week, Higgs asked the PC candidate Roland Michaud to withdraw as the party's candidate for the riding of Victoria-La Vallée after he was discovered to have posted a “transphobic” meme on Facebook in 2018.

According to 338Canada, the Progressive Conservatives are projected to win.

Watch this page for updates! And let us know what you think in the comment section.

Erin O'Toole is setting the Conservatives up for failure