Winsome Sears, the first black woman elected to the office, responded to left-wing critics who declared Republican victories in Virginia to be the result of white supremacy. 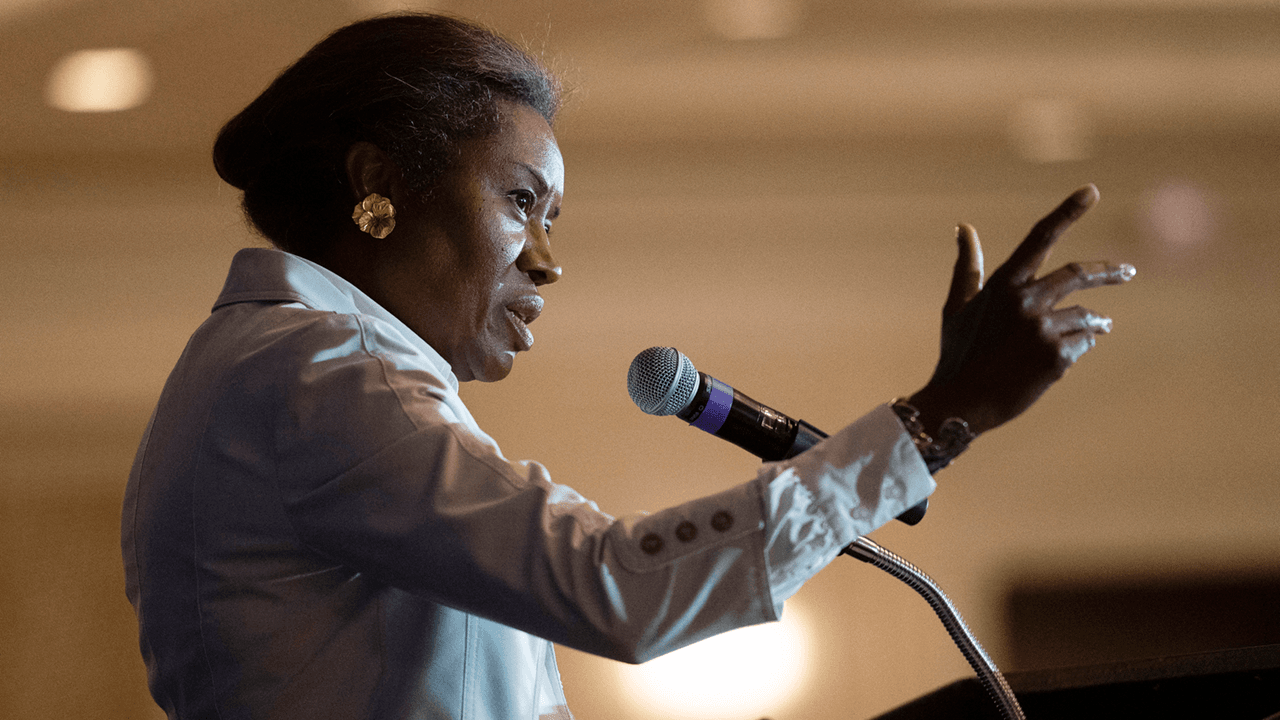 Virginia’s newly elected lieutenant governor and conservative firebrand Winsome Sears is taking her critics to task over claims that voters who put her in office are “white supremacists” and “racists.”

Sears, the first black woman to win a statewide election in the commonwealth, was the subject of blind criticism from liberal commentators like MSNBC host Joy Reid and former ESPN host Jemele Hill. Hill implied that Sears’ victory was the result of Virginians’ love of white supremacy.

“It’s not the messaging, folks,” Hill tweeted in response to Glenn Youngkin and Winsome Sears’ win at the polls. “This country simply loves white supremacy.”

In response, Sears’ team account quoted Hill’s tweet with a photo of Sears holding an AR-15 rifle. Sears is an avid proponent of the Second Amendment. Hill was also subject to mockery from conservative commentators.

“I'm telling you that what you are looking at is the American dream,” Sears said at her victory speech.

“When I joined the Marine Corps, I was still a Jamaican. But this country had done so much for me, I was willing, willing, to die for this country,” Sears said, a Marine Corps veteran, said during her speech, which has since gone viral on social media.

Besides Sears, Virginia also opted to elect Jason Miyares as its state attorney general. Miyares, whose mother emigrated from Cuba, made history as the first Hispanic person to hold the position in the commonwealth.

Jemele Hill was not alone in her criticism of the Virginia Republicans. CNN host Brianna Keilar got in on the action on Wednesday to state that some of newly elected Gov. Glenn Youngkin’s messaging was “dog whistle racism.”

MSNBC host Joy Reid called Republicans “dangerous” following Youngkin and Sears’ victory, stating that “You have to be willing to vocalize that these Republicans are dangerous.”

“That this isn't a party that's just another political party that disagrees with us on tax policy,” Reid continued. “At this point, they're dangerous. They're dangerous to our national security, because stoking that kind of soft, white nationalism eventually leads to the hardcore stuff."

In response to Reid’s remarks, Sears said on The Story with Martha MacCallum that she wished Reid would invite her onto her show for a debate, Fox News reported.

“Let's see if she's woman enough to do that. I'd go in a heartbeat,” said Sears. “And we'd have a real discussion without Joy speaking about me behind my back, if you will. She talks about white supremacy. Does she know I ran against a white supremacist?”

“I mean Joy, come on,” Sears said. “Get your facts straight, and then come talk to me.”