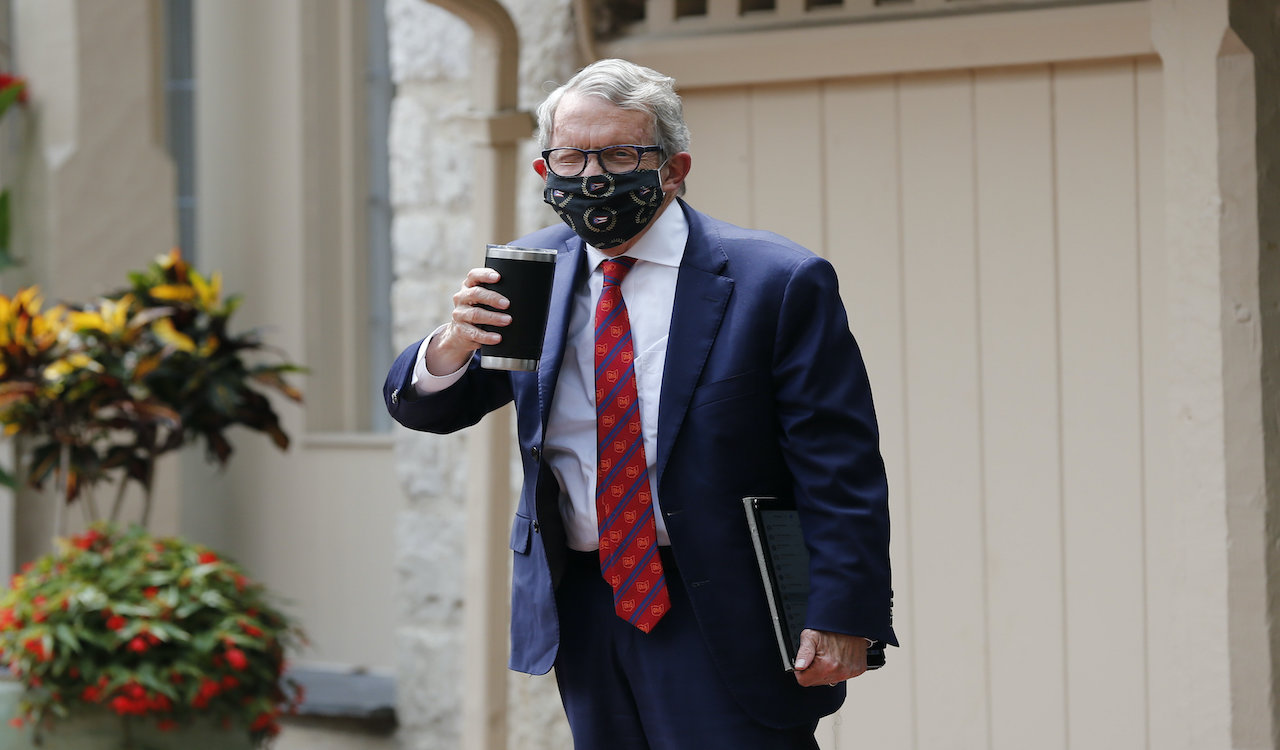 Efforts to impeach Ohio Governor Mike DeWine are being driven by an unlikely group frustrated with the Republican governor's actions.

In Ohio, four GOP state representatives have called for the impeachment and removal of DeWine over his alleged "abuse of power" over the state's coronavirus lockdowns.

State Rep. John Becker was joined by state Reps. Candice Keller, Nino Vitale, and Paul Zeltwanger to introduce 12 articles of impeachment against DeWine on Monday. In addition to their objections to his enforcement of the state's lockdown measures, the four accuse DeWine of "meddling" in the presidential primary and harassing small business owners.

“Governor DeWine’s mismanagement, malfeasance, misfeasance, abuse of power, and other crimes include, but are not limited to, meddling in the conduct of a presidential primary election, arbitrarily closing and placing curfews on certain businesses, while allowing other businesses to remain open,” said Becker's office in a statement to the press.

“He weaponized the Ohio Bureau of Workers’ Compensation to bully and harass businesses and the people; to enforce a statewide mask mandate and other controversial measures of dubious ‘value,’ making Ohio a hostile work environment," it said.

“Additionally, Governor DeWine had the further audacity to include congregants at places of worship, forcing citizens to choose between worshiping their God and worshiping at the alter [sic] of unbridled government. Many Ohioans find the controversial mask mandate offensive, degrading, humiliating, and insulting,” the statement continued.

“Rather than hearing the cries of Ohioans, Governor DeWine continues to stifle those cries by finding more inventive ways to use masks to muffle the voices of the people,” Becker’s office said. “He continues to have callous disregard for the fact that his isolation policies have led to a shockingly high number of suicides, alarming rates of drug abuse, persistently high unemployment, and the forced abandonment of the elderly by their loved ones.” The Washington Post reports that DeWine dismissed the effort, which Becker previously threatened.

“At some point, this foolishness has got to stop,” DeWine said. “I’m not talking about most Ohioans — just a small number of people who for whatever reason just continue to think and act this is some big joke and this is all some fantasy.”

The attempt to impeach Becker follows a similar push agains