Find out what you missed in Parliament. Today, Conservative Leader Pierre Poilievre and Deputy PM Chrystia Freeland had tense exchanges during question period, and not a single MP mentioned the rumours about lifting ArriveCAN. 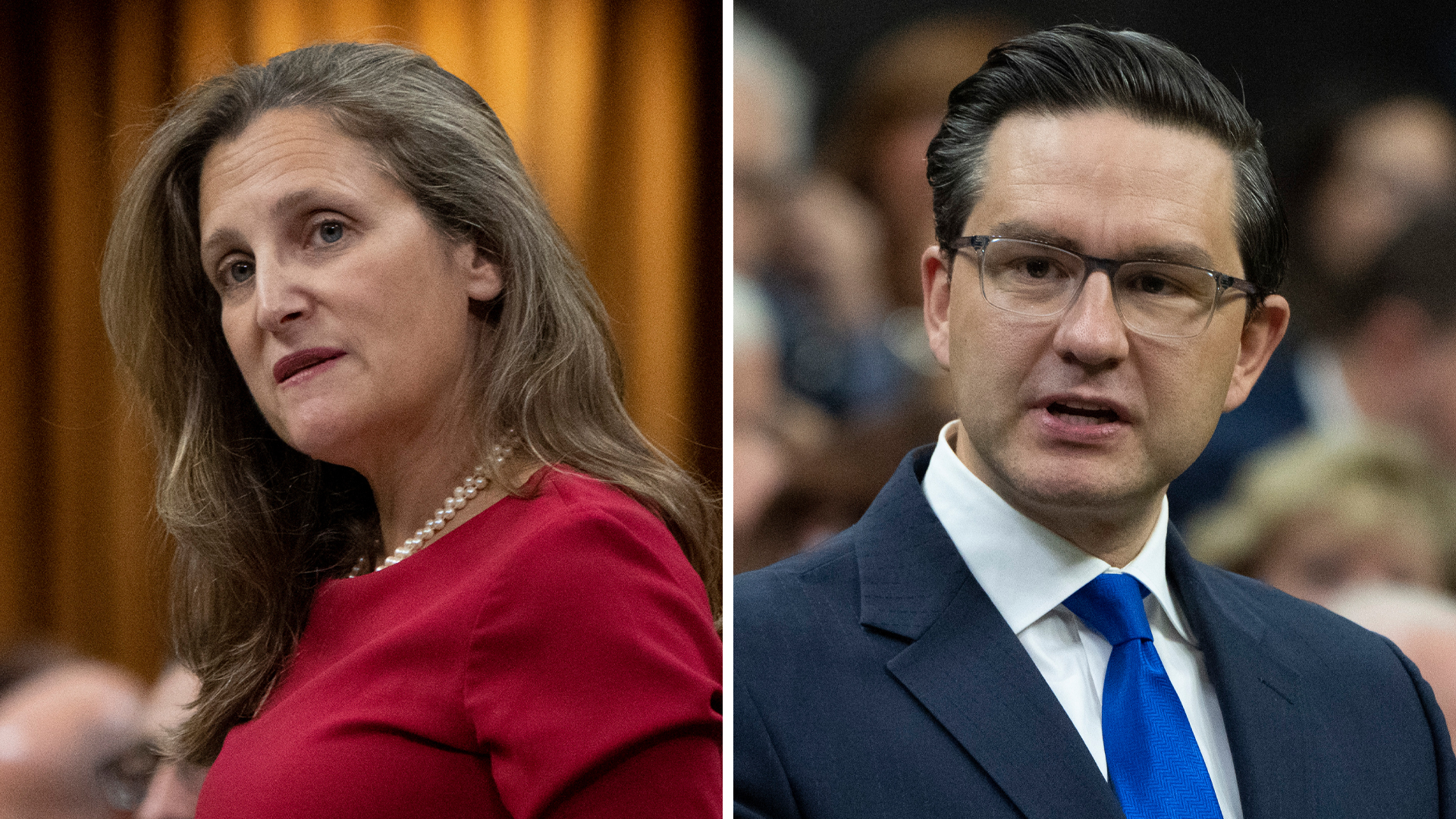 Earlier this week rumours of a potential removal of the ArriveCAN app emerged in the news, signalling the app was likely to be made optional starting on September 30, 2022.

Many expected this issue to be debated today during the question period. However, to their surprise, it was not.

Prior to question period beginning, reporters accredited by the Parliamentary Press Gallery asked Liberal MPs whether or not they believe the “tool” should be lifted. Transport Minister Omar Alghabra and Tourism Minister Randy Boissoneault were interrogated, but none of them provided any definitive answers.

JUST IN: Omar Alghabra refuses to answer whether or not the government will lift the ArriveCAN app soon.

Tell Trudeau it's time to end this app, sign our petition https://t.co/Qg3bpp8OgF@RebelNewsOnline pic.twitter.com/Vf4gU4GAOq

Boissoneault added that he believes “ArriveCAN has its use in digitizing the world.”

“People travel and we want to make sure people get to the border as quickly as possible. Having that digitized border is going to help us bring more people to the country, and so it has a place here in Canada.”

Liberal Tourism Minister Randy Boissoneault claims that the party is focused on having frictionless borders and believes that “ArriveCAN has its use in digitizing the world.”

Do you agree? If you want to scrap the app, visit https://t.co/Qg3bpp8OgF@RebelNewsOnline pic.twitter.com/xoupDaygkY

Tory MPs also weighed in on the issue.

“I'm not sure what's changed in the epidemiological evaluation of risk to Canadians that's happening on September 30, that hasn't happened today,” stated Conservative Party of Canada MP Michael Barrett.

"People are making tough choices every time they go to the grocery store."

But the topic of the ArriveCAN app was not discussed a single time during the question period. Thornhill Conservative MP Melissa Lantsman released a statement following the proceedings explaining she believes that Poilievre’s election as leader of the Conservatives had an impact on this possibility.

Indeed, the Liberal Deputy PM Chrystia Freeland even accused the Conservative Party of no longer believing in fiscal responsibility.

Deputy PM Chrystia Freeland criticizes Conservatives, claiming the party "used to believe in fiscal responsibility," wondering "what do they really stand for these days?"

What do you think the Canada's Conservatives stand for? Let us know!@RebelNewsOnline pic.twitter.com/lQfiCzwpbS

Poilievre also took aim at Justin Trudeau, even though the prime minister wasn’t in attendance for the second day in a row. The Tory attempted to shame Trudeau for allegedly signing the Queen hit song “Bohemian Rhapsody” potentially under the influence, while being in England to mourn the passing of the Queen.

“I guess if you’re jetting around the world, singing songs in a beautiful lobby, then that might be true,” Poilievre stated in his rebuttal of Freeland’s claim that Canadians have it better than elsewhere in the world.

Pierre Poilievre takes aim at Justin Trudeau for singing Bohemian Rhapsody in the UK after Deputy PM Chrystia Freeland explained how Canadians have it good compared to citizens in other countries.

Freeland also attacked Poilievre, claiming that while the Conservative leader was in power, EI (employment insurance) prices were higher than they are today.

An exchange then ensued, where Poilievre called this claim false and explained what his calculations amounted to.

Deputy PM Chrystia Freeland and Conservative Leader Pierre Poilievre get into a heated debate over employment insurance, comparing how high it was under Stephen Harper versus now under Justin Trudeau.

Finally, in one of the latest exchanges of the question period, Liberal MP Terry Duguid expressed his belief that “after listening to the Conservative Party leadership race [he realized] the party is still debating whether or not climate change is real.”

After this provocative statement, Stephen Ellis, Conservative MP for Cumberland-Colchester, Nova Scotia, explained his thoughts on the efficacy of a carbon tax.

“Their proposed carbon tax will increase the cost of home heating fuel by 80% [therefore] will this government cancel new taxes on gas, home heating, groceries, and their paycheques?”

Ellis says Liberals use climate change as an excuse to impose more taxes on Canadians.

This then began a heated exchange between the two members, pointing towards the fact that for the Liberal Party of Canada, what they see as the issue of climate change undoubtedly equates to a raise in taxes.