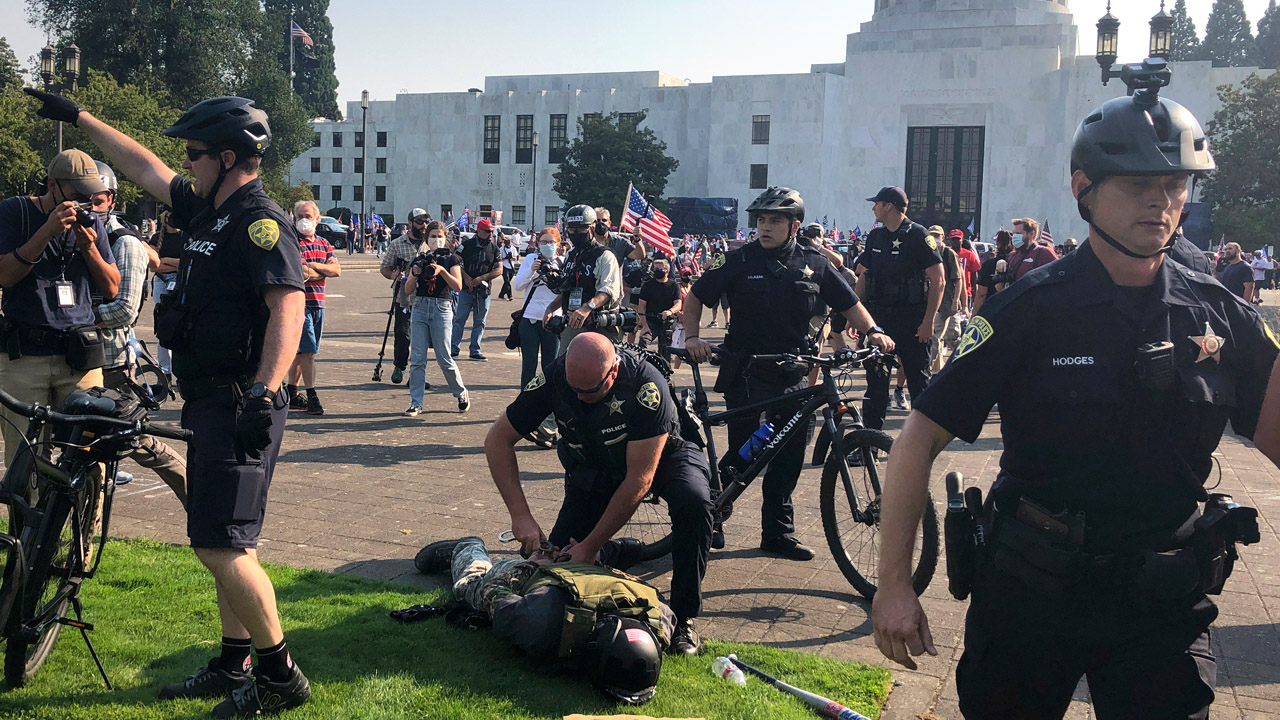 The Oregonian city of Portland is making it more difficult for its police department to arrest and charge Antifa and Black Lives Matter-aligned rioters who’ve set the city ablaze for over 100 days by banning both the police and business owners from using facial recognition technology.

Facial recognition has played a key role in identifying and apprehending criminals — especially those unrelated to the rioting— who are responsible for the rising tide of violent crime in the Pacific Northwestern city.

On Wednesday, the city of Portland banned use of the technology. It’s a move that has been praised by the ACLU, which commended Portland City Commissioner Jo Ann Hardesty.

Face Recognition means the automated searching for a reference image in an image repository by comparing the facial features of a probe image with the features of images contained in an image repository (one-to-many search). A Face Recognition search will typically result in one or more most likely candidates—or candidate images—ranked by computer-evaluated similarity or will return a negative result … Black, Indigenous and People of Color communities have been subject to over surveillance and disparate and detrimental impact of the misuse of surveillance.

“Portland Police for months have been gassing, beating, and violently attacking the people of Portland to suppress their demands for racial justice. With today’s vote, the community made clear we hold the real power in this city. We will not let Portland turn into a surveillance state where police and corporations alike can track us wherever we go,” said Jann Carson, interim executive director of the ACLU of Oregon.

“Face surveillance is an invasive threat to our privacy, especially to Black people, Indigenous people, people of color, and women, who frequently are misidentified by the technology. We appreciate Commissioner Hardesty’s leadership and applaud Portland for banning the government and corporate use of facial recognition technology.”

CNN reports that the decision to ban the technology has been the “most sweeping ban yet by an individual city,” adding that the rule “prevents entities in places of public accommodation from using it, too.”

In other words, businesses that serve the local public, like restaurants and grocery stores —those hardest hit by criminals —will also be banned from using the technology to identify criminals who rob, burglarize, or otherwise commit violent offences on their premises.

Democrat Mayor Ted Wheeler described the technology as “a weapon” used by public and private entities to use “against the very citizens they serve and accommodate.”

The only facial recognition software still allowed are those used by Google Nest or iPhones that can identify faces for the purpose of unlocking phones.