This time, the truck featured video of Kenney’s broken promises on loop, and we drove it into downtown Calgary during Saturday’s World Wide Rally for Freedom. 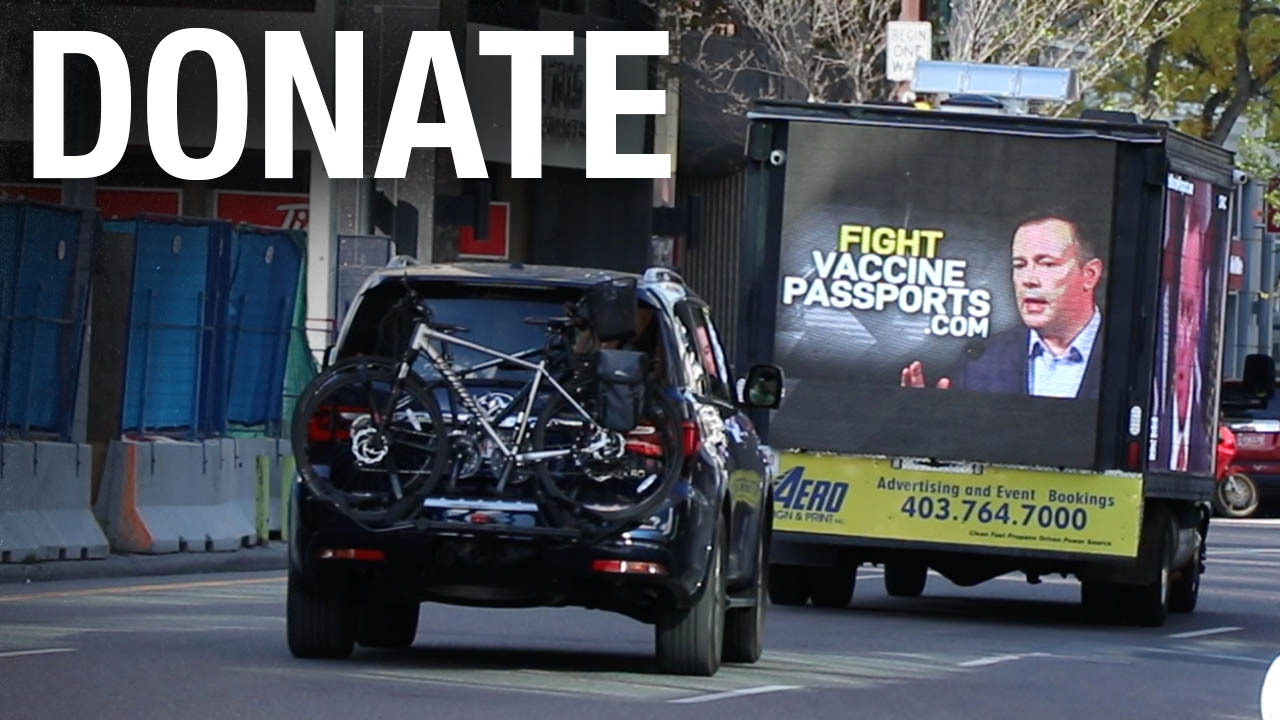 Despite giving Albertans — including me personally when I asked him about it — his repeated assurance that vaccine passports would never find a home in the strong and free province of Alberta, Jason Kenney seems to have set aside his promise without a second thought. Kenney had also committed to fighting any federal attempt to implement a vaccine passport on behalf of Albertans; instead, he implemented his own.

Perhaps most despicably, Kenney and then Health Minister Tyler Shandro dubbed their vaccine passport a “restriction exemption program,” in a thinly veiled attempt to act as though they had not completely gone back on their word. They also effectively sought to put the responsibility for upholding their vaccine passports on the shoulders of businesses, in yet another ploy to avoid the appearance of direct involvement with vaccine passports. No one was buying it, neither on the right or the left.

As a final insult, Kenney and Shandro were reportedly going back through old tweets that talked about being ‘open for good,’ or denouncing vaccine passports, and deleting them, as though Albertans would simply forget…

We wanted to make sure that nobody forgets these broken promises, so we brought out the billboard truck that we used for our ShameOnShandro.com campaign. This time, the truck featured video of Kenney’s broken promises on loop, and we drove it into downtown Calgary during Saturday’s World Wide Rally for Freedom. While we are sure Kenney was not a fan of the truck, the thousands in attendance at the protest made it clear that they loved it.