According to Russian diplomats, protests outside of the embassy in support of Ukraine are a cause for concern. 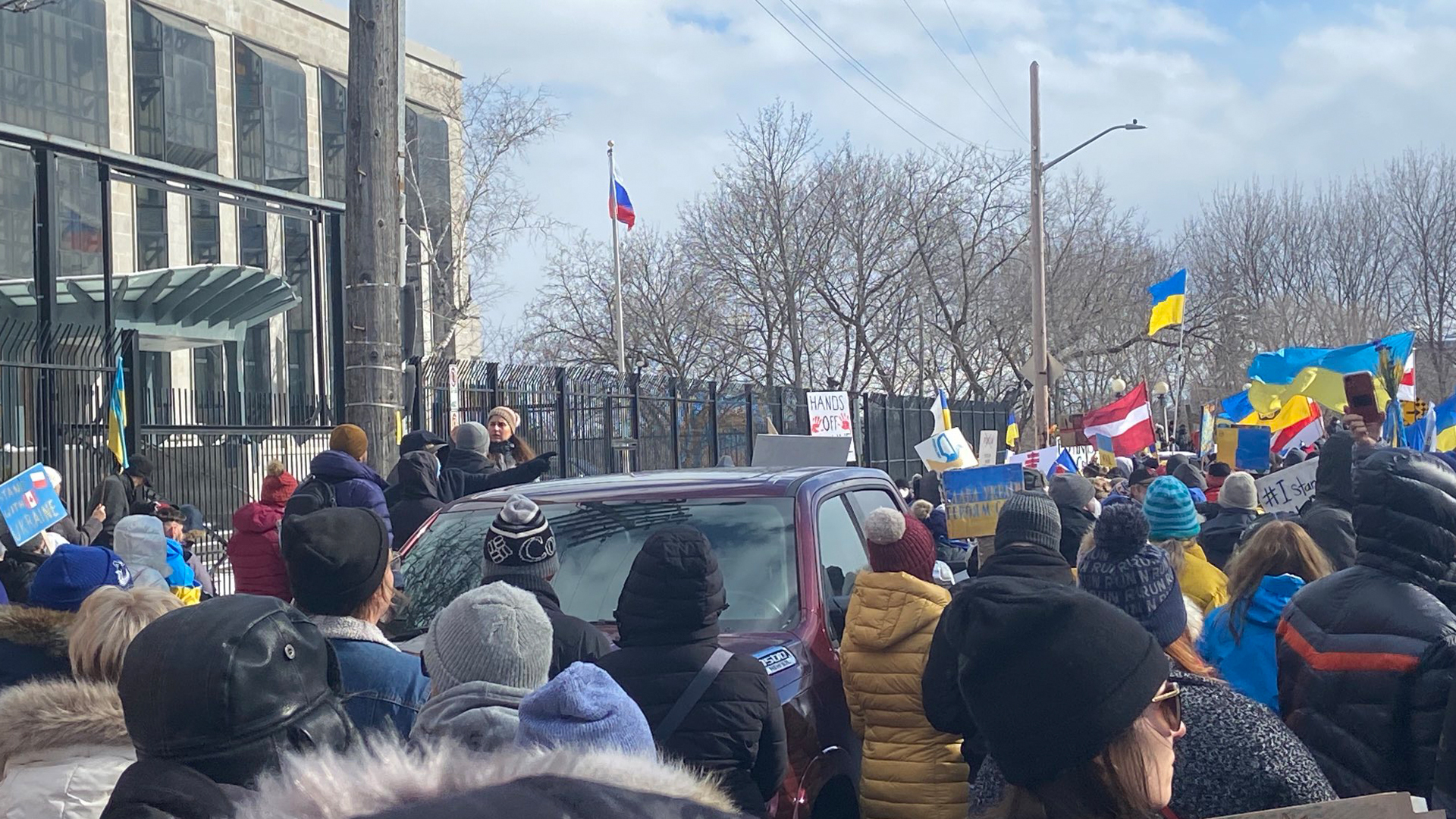 Russia is claiming that demonstrators gathering outside their embassy in Ottawa and two other consulates are “hostile” and have called in Canada's ambassador to Moscow to lodge a formal protest.

According to a report in the Calgary Herald:

The protesters, who then made their way to city hall, were called hostile in a statement by Russia’s foreign ministry. Russia called in Canada’s ambassador to Moscow to lodge a formal protest, Reuters reported.

On February 25, the Embassy of the Russian Federation in Canada tweeted a statement claiming that Trudeau's sanctions are “unprecedently unfriendly”.

Russia's foreign ministry is calling these demonstrations in Ottawa "hostile" and is threatening Canada with retaliation if the safety of Russian diplomates isn't safeguarded /1 #cdnpoli #Ukraine https://t.co/VsS5VoLjV7

You can view an archived version of those tweets here and here.

Tensions in Ukraine reached a boiling point recently, with Russia launching what has been called a “full-scale invasion.”

Some opposition politicians who initially backed President Vladimir Putin's decision to recognize separatist regions of Ukraine were quoted by Daily Mail as condemning the Russian leadership for their decision to wage war.

Despite voting to support Putin at first, three members of the Communist Party, Russia's second largest political party, said they were misled about Putin's objectives. Vyacheslav Markhaev, a senator from Siberia,  said Putin “hid plans to unleash a full-scale war with our closest neighbour.”