Wahl was a vocal critic of the Qatari government over its treatment of migrant workers and covered the topic while in the country. 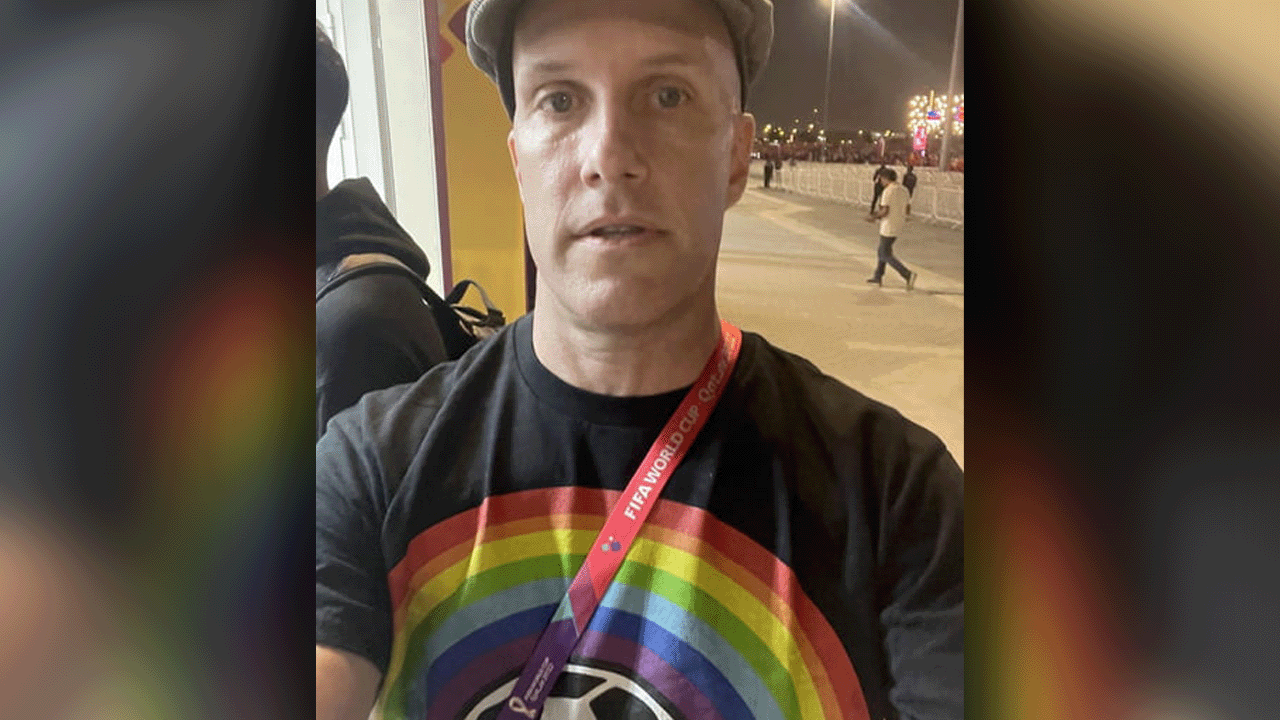 Sports journalist Grant Wahl died suddenly while covering a football match at the World Cup in Qatar. His death occurred under mysterious circumstances, with members of his family suspecting foul play due to death threats he was facing in the country for his decision to wear a Pride-themed shirt to a football match.

His widow, Dr. Celine R. Grounder, has now arranged for an independent autopsy to be conducted in New York City, the New York Post reported Monday.

“We are traveling with Grant’s body to the medical examination & autopsy,” wrote the journalist’s brother, Eric Wahl. Eric, who is gay, says that he was the reason his brother wore a Pride shirt to the event that garnered him significant attention worldwide.

“Thank you to American Airlines for their incredible help. Thank you to the NY Port Authority & the US government. Humbled,” he added.

Update: We are traveling with Grant's body to the medical examination & autopsy. Per a US gov official, FIFA is saying AEDs were available at the stadium. Thank you to American Airlines for their incredible help. Thank you to the NY Port Authority & the US government. Humbled.

Wahl was a vocal critic of the Qatari government over its treatment of migrant workers and covered the topic while in the country.

He reportedly collapsed on Friday while covering the quarterfinals between Argentina and Netherlands, and was transferred to a local hospital, where he reportedly died.

According to Josh Glancy, a reporter for the Sunday Times, the medics did not have a defibrillator that could have saved his life.

“We all turned around to see a man in terrifying distress just behind us, clearly suffering some form of attack or seizure. We bellowed for a medic,” Glancy wrote.

“The medics came quickly. I felt momentarily reassured. Perhaps it was a seizure. Maybe he needed an epipen. But they quickly started administering CPR and the entire press box was gripped with anxiety. CPR is a terrible sign. His heart must have stopped,” Glancy added.

He recalled how a journalist trained in first aid and two medics took turns performing CPR on Wahl for “many minutes.” The ordeal made him and other journalists present at Wahl’s death to wonder why there was no defibrillator available during the emergency.

“At this billion dollar state-of-the-art stadium, which has a VIP suite so lavish it includes a bedroom, which will host the World Cup final, why was there no defibrillator to hand?” he wrote.

“Many minutes passed and we kept expecting it to come. But it never did,” wrote Glancy.

On Monday, Eric Wahl stated that a U.S. government official said that according to FIFA, the devices were available at the stadium. It is unknown why the device was not used to save Wahl’s life.