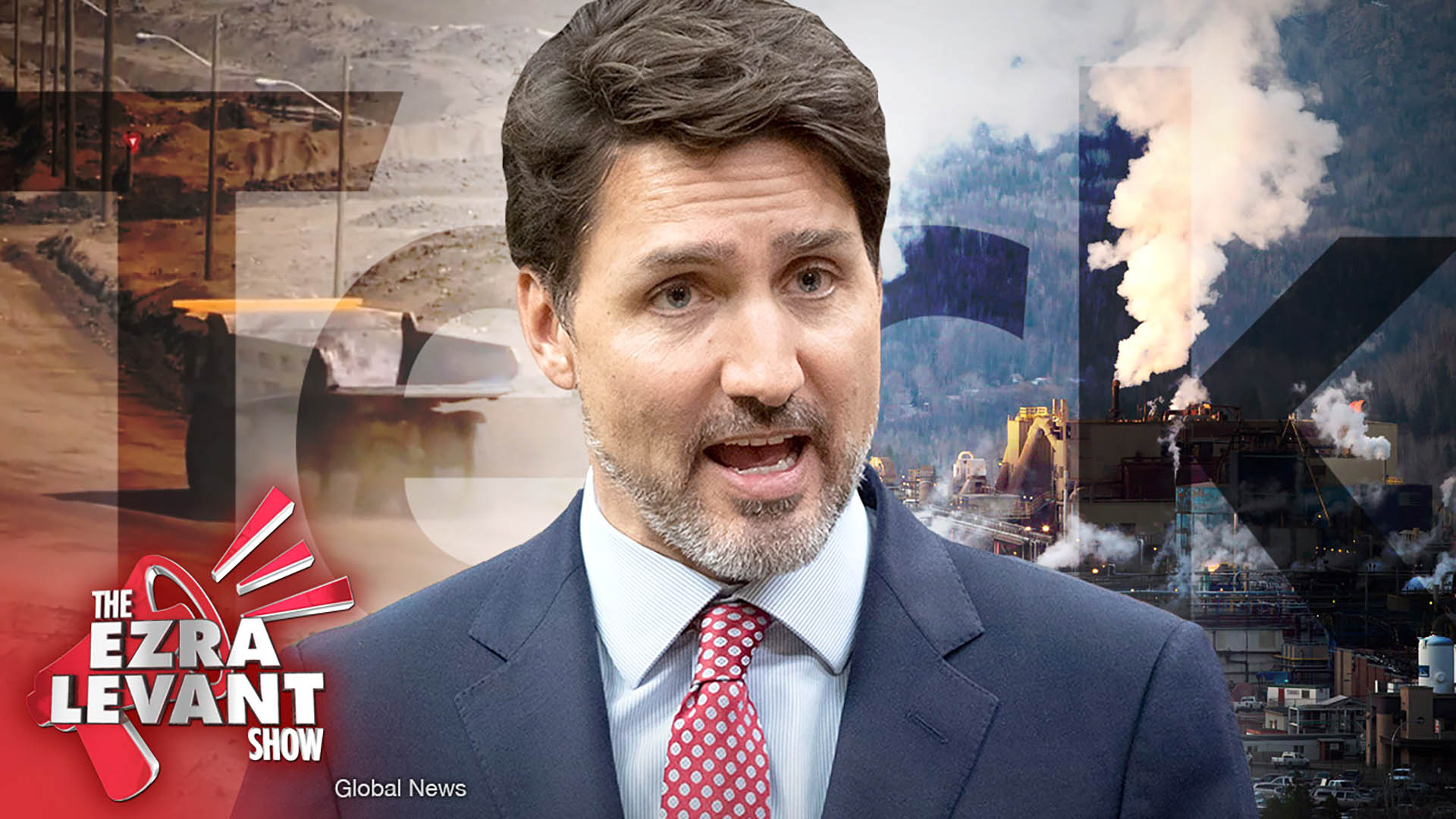 This one is particularly huge — a $20 billion oilsands mine called Frontier, proposed by the Canadian mining giant Teck. They’re based in Canada. Vancouver, actually. So, this is about as good as it gets — Canadian jobs; Canadian company; Canadian shareholders.

But late last night, the company sent a letter to Trudeau’s environment minister cancelling the whole project. They were “nice” about it. I mean, they’re still professionals, they’re a publicly traded company, they have to be grown up about it.

They spent more than $1 billion dollars just in applying. But they simply aren’t going to go forward with the next $20 billion in the absolute malicious anarchy that is Justin Trudeau’s Canada.

The letter talks about a public debate and global warming and things like that. And it’s true, that Teck’s mine would have very low carbon dioxide emissions, if you’re worried about that. But none of that is relevant to why they cancelled.

It’s just that they no longer believe that Canada is a place with the rule of law — at least they don’t believe it fervently enough to bet $20 billion of their investors’ money on the Roulette wheel when Trudeau’s in charge.

I mean, would you invest in a Canadian oilsands project under Trudeau?

The strange thing about it was that Trudeau was set to make a final decision on the mine in just a few days. And for weeks, Liberal MPs, including some in cabinet, have been publicly saying they want to kill the deal. There were constant leaks from the Liberal caucus meetings, trying to paint Trudeau into a corner over it; Steven Guilbeault, a Trudeau cabinet minister said he was so embarrassed by the idea that the Liberals might support it.

I bet there’s some deal in place where Trudeau gives $1.1 billion in taxpayers money to Teck to avoid a lawsuit — that’s pretty much what Trudeau did when he killed Trans Mountain Pipeline. (What, you don’t think that’s actually going to get built, do you?)

I see on Twitter that Alberta's conservative premier Jason Kenney is appalled. Of course, and well he should be.

But as we’ve been asking for months: so what? He keeps asking for things, but without an “or else”, why would he think that his mortal enemy, the mortal enemy of the west and oil and gas, Justin Trudeau, why would anyone thing that Trudeau and his destroyers would do anything differently than they’re doing?

NEXT: Columnist Lorne Gunter joins me to talk about the repercussions that are sure to occur now that Teck has been cancelled.