You have probably seen my hidden video recording of Justin Trudeau’s two federal investigators who hauled me into their Ottawa office to grill me about my bestselling book, The Libranos.

That video has been seen hundreds of thousands of times and it has made news around the world.

(Curiously, it has been all but ignored in Canada — only Rex Murphy has written about it in any newspaper, and a handful of small, independent radio stations. To the rest of the Media Party, Trudeau’s police interrogating an author seems just fine.)

And, what’s even more depressing, not a single civil liberties group has said a word — not Canadian Journalists for Free Expression, not the Canadian Civil Liberties Association, not PEN Canada, none of them.

In other words, we’re on our own.

Because we’re not really alone — we’ve got you on our side!

And we’ve got a crack team of young free speech lawyers who know the law a lot better than Trudeau’s lazy team. And so on Friday, they sent a scorching letter to Trudeau’s election staff.

Our lawyers identify, point by point, how this censorship investigation is illegal — and how it violates the government’s own rules. (For example, these two book cops forgot to “read me my rights” before they interrogated me). You can read the entire letter here: 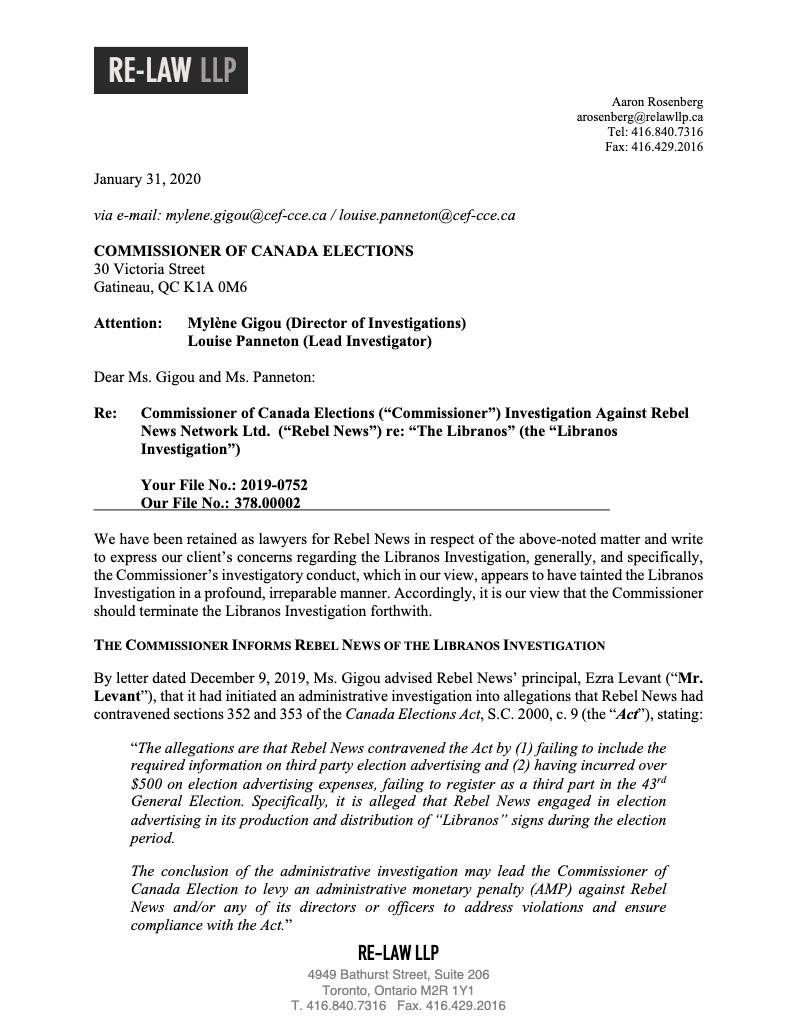 I’ll have part two of my hidden video later this week — and believe it or not, I haven’t even shown you the worst parts yet.

But in the meantime, read our lawyers’ letter, and know that we’re fighting back against Trudeau’s censorship, even if the rest of the Media Party are just fine with it!

The only way we can afford to fight the Goliath of government is with your help. Unlike the CBC, we don’t get $1.5 billion/year from Trudeau. Unlike Canada’s newspaper, we haven’t signed up for Trudeau’s $600 million/year bail-out.

That’s why we’re independent and can fight back — but that’s also why we need your help.