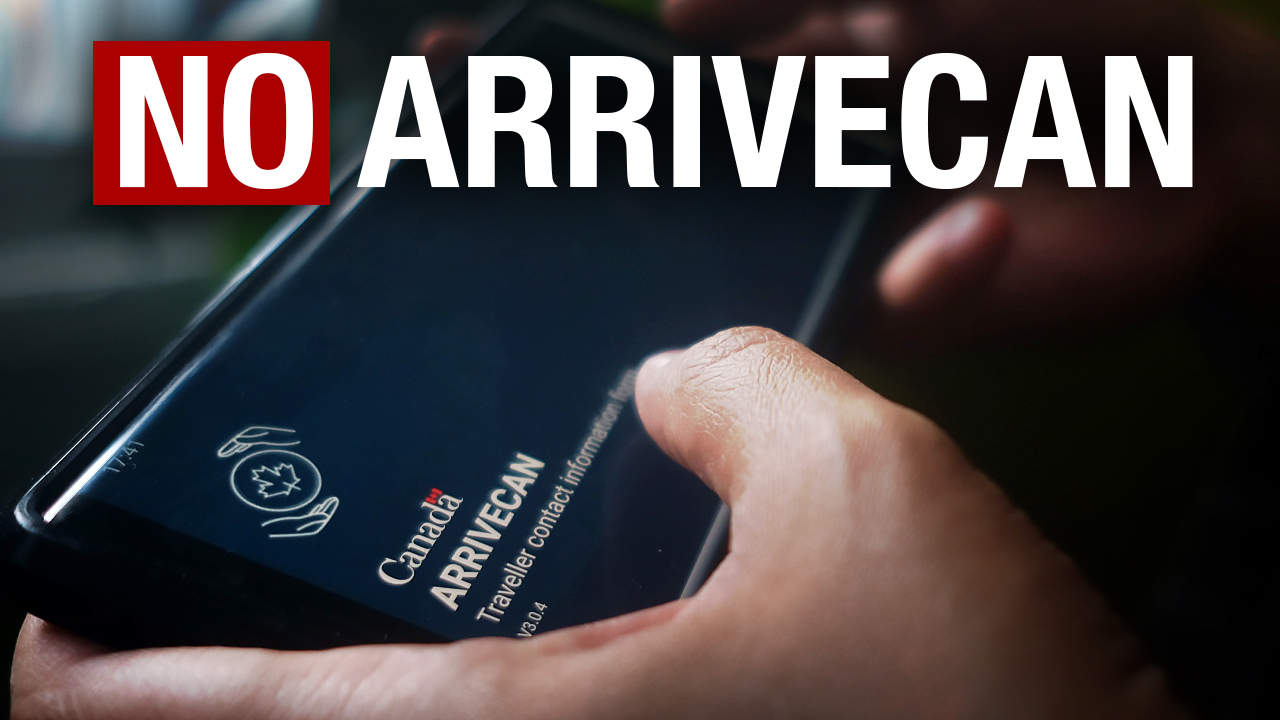 In yet another COVID-19-related infringement that is unique to Canadians, Liberal Prime Minister Justin Trudeau claims to be following “the science” with the implementation and mandatory usage of the ArriveCAN app for travellers. But the science seems to be different everywhere and most undemocratic in Canada — a country previously hailed by many as the freest and most democratic in the world.

This is no surprise given the magnitude of nonsense coming out of Canadian airports — namely the largest hubs like Toronto’s Pearson International airport where the ArriveCAN app has been an abysmal failure and cause of hold-ups for thousands of travellers, if not more.

Some key failures include the logic used by the Justin Trudeau Liberals in that by downloading a government-mandated tracking app with a coinciding QR code, somehow they believe that this is supposed to keep Canadians safe against a respiratory virus.

The ArriveCAN app is a feature forced onto travelers by the Canadian government to “provide mandatory travel and public health information before and after your entry into Canada.” If you don’t download it, if you don’t want to submit to total government surveillance and help pave the way to a social credit score, if you don’t have a smartphone or even if you don’t have the latest version of the APP, you are likely to be hit with thousands of dollars worth of fines and a series of time stealing delays.

This rule recently left a number of Canadian children aged 12-14 abandoned in Switzerland because their ArriveCAN QR code was not properly attested. It’s likely that these children are all fully vaccinated, as is a requirement of Scouts Canada. So it really doesn’t matter whether or not you were coerced into these injections to travel because the ArriveCAN app isn’t really about keeping Canadians safe from a virus, it’s also self-described as being “part of ongoing efforts to modernize cross-border travel.”

Yet our passports, covered by the Canadian Charter of Rights and Freedoms, say clearly on the inside cover that we have the right to pass freely without delay or hindrance.

Except that this all appears to be an intentional hindrance and delay. This was especially true the day that the entire Rogers network went down, leaving the Canadian Border Services Agency scrambling to revert back to paper copies while the app was inaccessible.

Yet if you saw this video, you can that an 86-year-old fully vaccinated father is fined while trying to come back to his home country. Public Health threatened him with $5,000 worth of fines for not downloading their app, but he doesn’t even have a cellphone!

Is this really a requirement of the Quarantine Act, as they say, or is this another example where the government is overplaying its hand, not within the scope of the law? We’re going to study the Act and the Constitution to determine just that.

We simply don’t want to waste any time so we’re immediately launching a petition at NoArriveCan.com in partnership with the registered charity called The Democracy Fund (TDF). All of the donations will go directly to TDF who help to litigate important civil liberties cases and your contribution will qualify as a taxable donation. The petition calls for ArriveCAN to be abolished and we’re also taking donations to cover the legal fees of an onboarded client who will be chosen on the merit of being a strong Charter challenge case.

We haven’t found that case yet but we have a few in mind, and I know with the dozens of stories out there and those going viral on social media, we’ll have no problem finding a good, sound case.

Since I have a sneaky suspicion that this app meant to “modernize cross-border travel” is part of the partnership between the Canadian government, Pearson Airport, and the creepy World Economic Forum’s brainchild, the Known Traveler Digital Identity (KTDI) platform.

And it needs to be challenged.