Another day, another Coronavirus mistake Trudeau is making 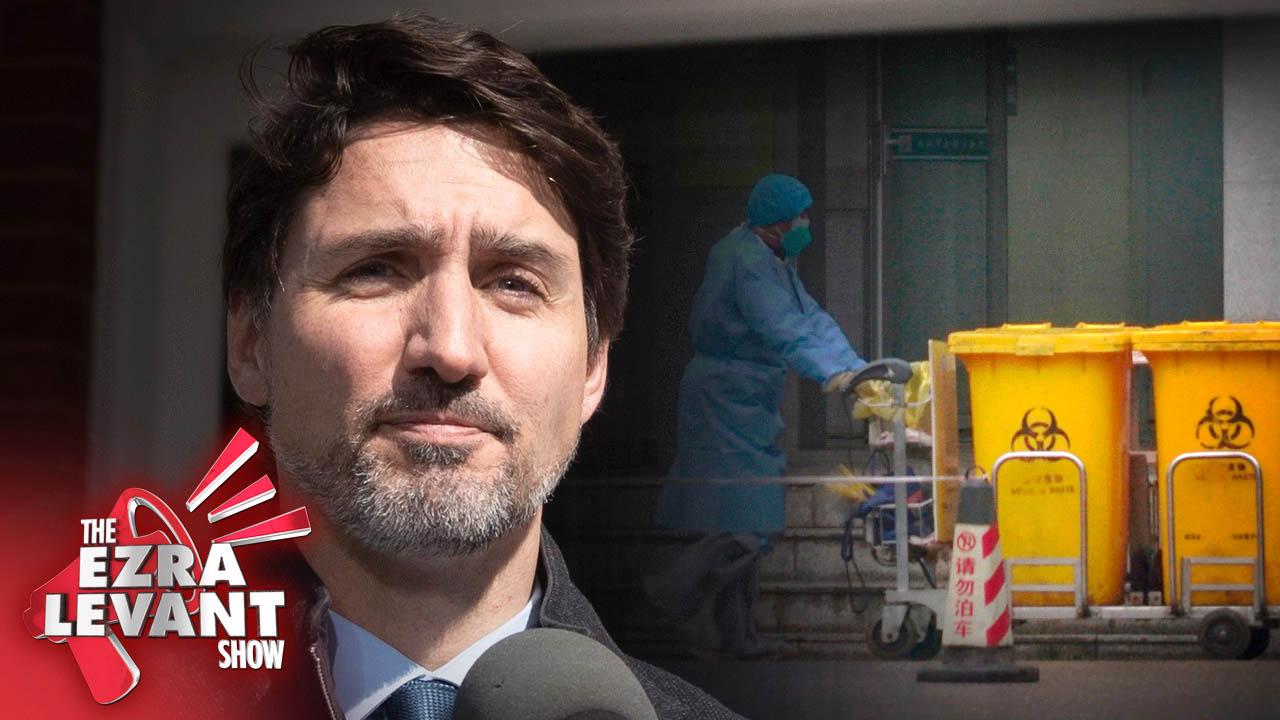 Every day I go to two websites — TorontoPearson.com and YVR.ca. And every day I see direct flights to those cities from China.

There aren’t as many as before. But every day there are flights from Beijing and Shanghai and usually a place called Xiamen.

My preference would be that there would be no flights from these places, but I accept that some flights might be necessary for Canadians to make.

But I simply don’t trust Chinese companies, like China Eastern Airlines, which flies to Canada every day, to properly screen people, either for citizenship, or for their purpose, or for their infection.

And frankly, it’s not their job — they’re an airline, not a health authority, not a consulate.

The most Canada's federal government has done is print lots of brochures about coronavirus precautions and symptoms — cleverly published in English and French. Gee, I hope everyone from Xiamen and Shanghai speaks English. And I hope they are smart enough to know if they’re sick, and honest and obedient enough to follow the advice on those brochures.

We had our friend David Menzies go to Toronto’s Pearson Airport yesterday to see how that screening was going.

Are you shocked? The passengers landing from these foreign countries are. Did you see the passengers from Pakistan the other day who says they were expecting more screening in Canada?

The joke is, we’re using the word screening. Giving someone a brochure, or even just asking them a question — that’s not screening anything. We still don’t take anyone’s temperature; we still don’t detain anyone dangerous.

In Canada, where our journalists so badly want to be part of “the resistance” to Trump, they spend half their days criticizing but not Trudeau. (It’s almost like they’re bought and paid for.)

Even the National Post ran this credulous story about how Wuhan is now completely virus free! Do they have a reporter in Wuhan? No, the Chinese government told them so.

But here comes news today: Trudeau has decided to spend millions of dollars solving the problem of Coronavirus… in Greece. I’m not even kidding.

Last week, the government announced plans to pledge $50-million to the World Health Organization and other bilateral aid as a part of a larger $1-billion coronavirus response package. Some of the foreign aid money, which comes from a special crisis fund, is expected to start flowing to organizations in the coming days.

The EU is a $20 trillion a year economy. It’s ten times bigger than ours. And we’re sending them money to fight the virus there? Instead of here?

Here’s a news story from February 2, about Canada sending foreign aid to China, to help them with the virus. We were sending equipment that we need now.

Then a week later — this is February 9, Trudeau said he’d send more.

And then a week later — China’s dictatorship praises Canada. How appropriate that this is published in Canada’s state broadcaster.

So we’re suckers. We’re always suckers in Canada. But usually it just costs us money and self-respect, not lives.

But the world knows:

If you can get on a plane to get here, which doesn’t seem hard, you can stay here, whether or not you have a fever. Trudeau says he won’t deport you, even if you’re a criminal, even if you’re illegal.

And so the number of people crossing at Roxham Road is increasing — it’s now close to 100 a day.

And again, Bill Blair lied, saying they were being quarantined. They weren’t. We later heard from Chrystia Freeland that they’re going to maybe be quarantined. But not now.

If this is the incompetence with which our government is operating, it’s pretty clear we can’t rely on them for anything — certainly not for the truth.

NEXT: Expert Gordon Chang joins me to talk about the urgent need for the world's economy to "uncouple" from China.