Foreign-funded eco-activists tell us to expect pipeline bombings. Is that a threat? 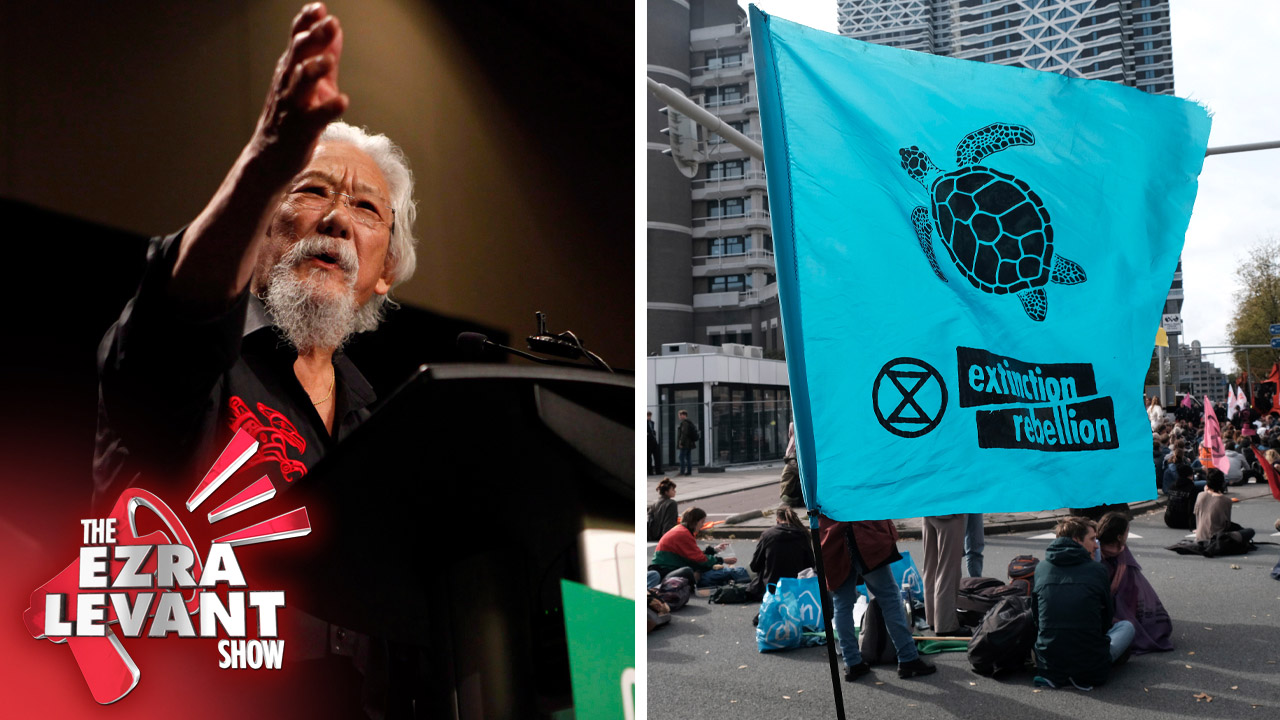 I don’t know if you remember, but in 2016 and 2017 we had a wild man named Gavin McInnes make videos for us on YouTube.

He was a creative genius — he was a founder of Vice Magazine; he invented the concept and the style of “hipsters”. That’s two billion-dollar ideas right there, and he had a third one I’ll mention later.

He was often funny, to be sure; Gavin was a bit closer to Howard Stern in terms of profanity and sexual crudeness. But he was hugely popular, before YouTube censorship really came in.

I mentioned that Gavin has had three billion-dollar ideas so far, whereas most people have zero billion-dollar ideas in their lives. Vice, hipsters — and his third idea, a fraternity for grown-ups called the Proud Boys. I’ll be honest, I never quite understood it, or its symbols or slogans, but boy did other people love it.

Anyways, I never joined Proud Boys — because there was actually never anything to join. It wasn’t a club with membership rules; it wasn’t a franchise; there really wasn’t any governance.

The Proud Boys is really a fraternity for young men who didn’t go to college. That’s how I’d describe it.

And here’s my point: here in Canada, it never really got going into anything much — maybe some guys meeting up in bars and getting some tattoos.

The only think I have ever heard of that Proud Boys doing in Canada — the only thing, and I’ve had my eye on it — is that, a few years ago, when some anti-Canada protesters were protesting in Halifax against some radical activists who wanted to tear down a statue of Halifax’s founder, Edward Cornwallis.

And I tell you all this because, as you already know, Trudeau put the Proud Boys on the official list of terrorist groups in Canada. Along with Al Qaida and ISIS.

So it’s not just Facebook’s Dangerous Individuals and Organizations list. It’s on a real list of terrorists, according to the Canadian government.

I’m not sure how that’s done, given that the Proud Boys are an unincorporated identity — it would be like putting another one of Gavin’s inventions, “hipsters” on the list. Hipsters are a thing, I guess, but it’s not really a list, with a membership. What does it mean — the wrong tattoo? They wear a certain kind of golf shirt. Is that it?

So Gavin McInnes, the Howard Stern of political commentary, has a blue collar fraternity, and it’s declared a terrorist group in Canada. That’s it. There’s nothing more, I promise you. It really could have been a club, a franchise.

So that’ll get you in prison now, I guess, if you support it. I don’t know if any returning ISIS fighters from Iraq or Syria have ever been prosecuted in Canada. But I’m pretty sure anyone who supported Proud Boys would be prosecuted by Trudeau in a minute.

But what’s this? Who is this?

This is David Suzuki:

Is that a threat? Or a promise? Or a prediction? Bombing pipelines, eh? And that’s the CBC’s star; the boss of the David Suzuki Foundation, a registered CRA charity.

And he’s out there talking up bombing pipelines?

It’s not just Suzuki, who some might write off as an ageing man with Biden-like outbursts. Or maybe it was a gaffe, that he would later retract, after some sober second thought.

But what do you make of this?

Extinction Rebellion Canada is defending the comments made by Vancouver environmentalist David Suzuki, who said on Saturday that “there are going to be pipelines blown up if our leaders don’t pay attention to what’s going on.”

“Not only will pipelines be blown up, but we can be certain that world leaders will be put on trial for treason or worse — be killed,” said National Action & Strategy Coordinator Zain Haq.

So let me end with a question that a child might ask:

Why is the Proud Boys on Canada’s terrorist list — but not the foreign-funded extremist group, Extinction Rebellion?