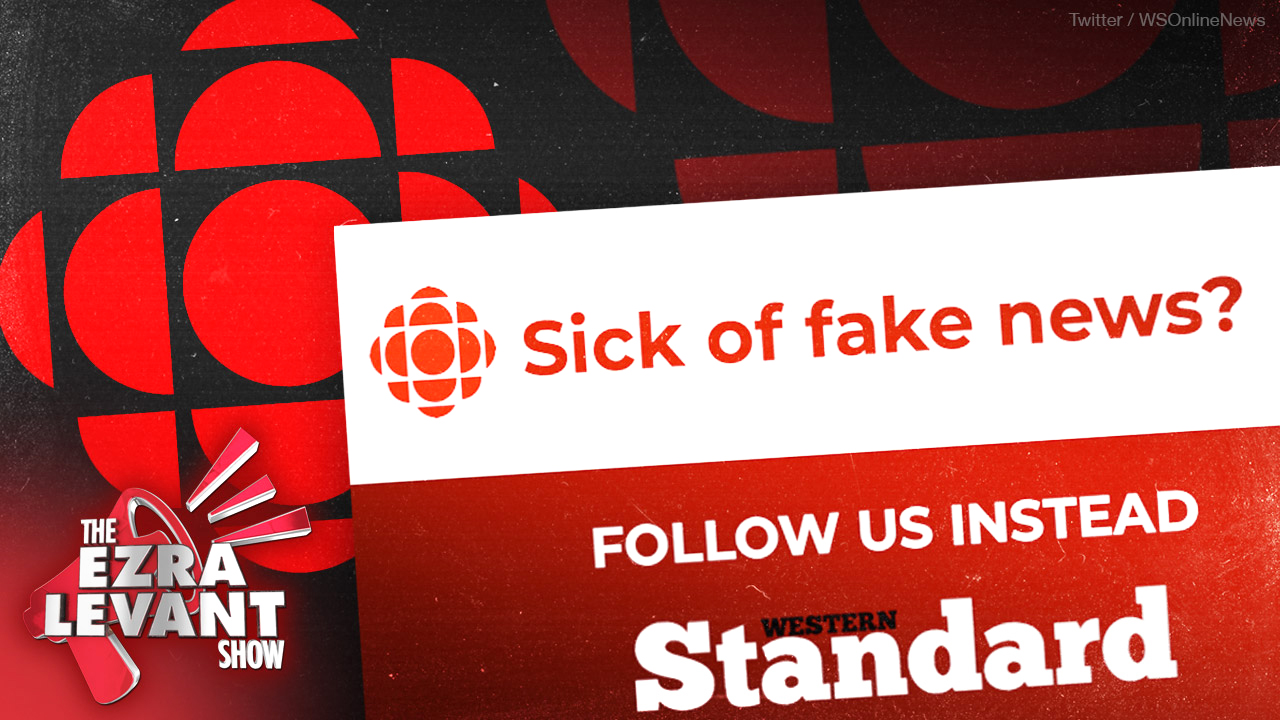 You know the Western Standard right? It’s the name of the magazine I founded almost 20 years ago now.

We shut down the paper version of the magazine in 2007 and we sold the website and some other remaining assets to one of our founding managers.

It has been reborn as a news website just in the last year, to take a #Wexit, or pro-western point of view, on news and opinion. Derek Fildebrandt is probably the most prominent name affiliated with it — the former taxpayer advocate and Alberta MLA.

I haven’t been affiliated with the brand in over a decade, but I like them and I read them from time to time and I broadly support their mission.

They’re independent media like us; they refused the Trudeau media bailout cash. So automatically I know they’re one of the good guys.

Now, the CBC hates a lot of things — Trump, free speech, pandemic skeptics, oil and gas, the Conservative Party — but what they probably hate more than anything is simply the west, Alberta, and especially anyone who is full of western pride.

So I was shocked but not surprised when I saw this letter the Western Standard made public: a threat letter from the CBC’s lawyers.

To Whom It May Concern:
Re: Trademark Infringement of the Canadian Broadcasting Corporation (“CBC”) Gem Logo

The CBC Gem is not only an iconic logo but CBC has been recognized as one of the most influential brands in Canada. In addition to being an iconic trademark in Canada, it is protectable under both U.S. and Canadian trademark law.

OK, that’s true enough. I mean, if you extract a hundred billion dollars from Canadians over the court of 75 years, and pump it into a propaganda machine, and force yourselves onto the radio and into everyone’s TV, and now push yourselves online, sure, you’re going to be a recognized brand.

(That’s different from a beloved brand by the way — Canadians are overwhelmingly bored and uninterested in the CBC.)

But I will concede that that CBC “gem” (as they laughably call that 70s looking bubble) is pretty recognizable as standing for the state broadcaster.

But let me read some more:

It has come to CBC’s attention that you are unlawfully using the CBC Gem Logo on your Twitter account.

The Western Standard isn’t trying to trick people into subscribing to it or reading it by fooling them into thinking that they are getting CBC content. They’re doing the opposite:

They’re promising to be the anti-CBC. It’s like the Pepsi Challenge against Coke, but amongst media.

TONIGHT I'll take you through the rest of this insane letter.

I think it’s just an attempt to intimidate a small, independent, grassroots competitor.

So maybe CBC will just call them next, and if the Western Standard doesn’t delete it voluntarily, then maybe they can convince Twitter to censor them, if they won’t try to convince a judge to do so.

Here’s Derek Fildebrandt, telling the CBC legal department to buzz off, and doubling down on it.

But who else have the CBC quietly, secretly threatened, who isn’t as brave, who doesn’t have access to a lawyer, who has quietly succumbed?

NEXT: Phelim McAleer joins me to talk about his new movie, ObamaGate.