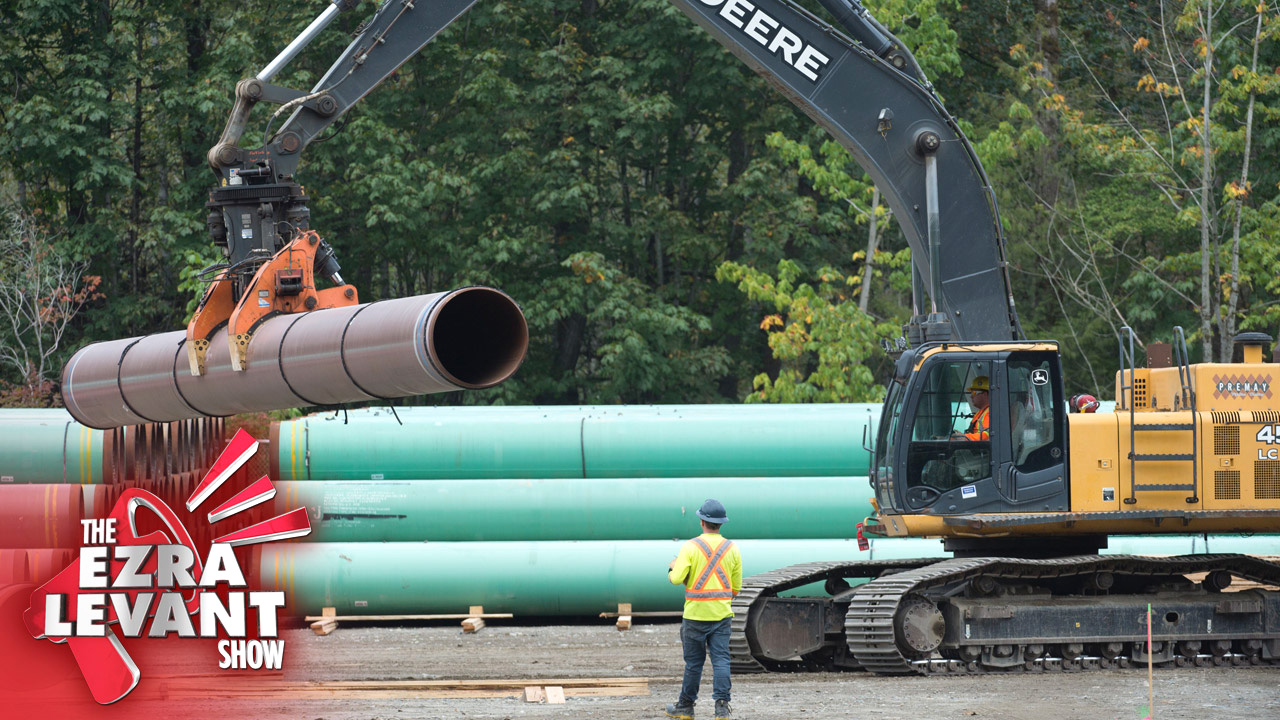 I saw an interview with the president of the Trans Mountain Pipeline expansion project. Ian Anderson is his name. Lifelong pipeline builder.

But his pipeline was blocked by the Liberals. It was supposed to be done by now. Really, of all the pipeline proposals, it should have been a slam-dunk.

The Northern Gateway and Energy East pipelines were killed by Trudeau, so Trans Mountain was the last big one. In a way it was the easiest — it already exists. It was built coming up on a century ago, if you can believe it. They were just doubling it. The route is already there. No-one can say it’s invasive.

The Energy Board had approved the pipeline, it was so environmentally progressive, so there really wasn’t any excuse for him not to.

So Trudeau panicked, and did what Trudeau does — he threw money at the problem. Billions. Overpaid by a billion — he just bought the pipeline. The existing one, the one built in the 1950s. It wasn’t really for sale, it was happily pumping away. He did it to buy time to get through the last election without either environmentalists or Kinder Morgan squawking too much.

But now, some people are actually expecting the thing to be built.

So what’s going to happen?

TONIGHT I'll show you what the boss of the pipeline, Ian Anderson, had to say on Bloomberg TV.

He’s fine with peaceful protest against the pipeline. He’s all for safety. But if someone blocks things, he'll "take immediate action.”

Really? What does that mean? He’ll go to court? OK; that’s what law-abiding people do. He might even get a court injunction. I’m sure he’s got a dozen already.

But as Stalin once said about the Pope; "How many divisions has he got?” As in, thanks for the sentiments — but how can you enforce it?

Do you really think the RCMP will enforce it?

When Tzeopoirah Berman and Gerald Butts and the rest of the foreign-funded eco-extremists send their cannon fodder to stop the pipelines, and they’re supplemented by Antifa types and all sorts of imported extremists from the U.S, I’m sure Ian Anderson will rush to court and get the finest injunction money can buy.

But do you think for a second that Justin Trudeau will enforce it — either with RCMP or even the military?

I like Ian Anderson a lot. Maybe he can ring another few billion out of Trudeau — because he’s really not going to get any help, is he?

NEXT: Marty Moore of the Justice Centre for Constitutional Freedoms joins me to discuss why Saskatchewan's COVID-19 lockdown measures violate the Charter of Rights and Freedoms.