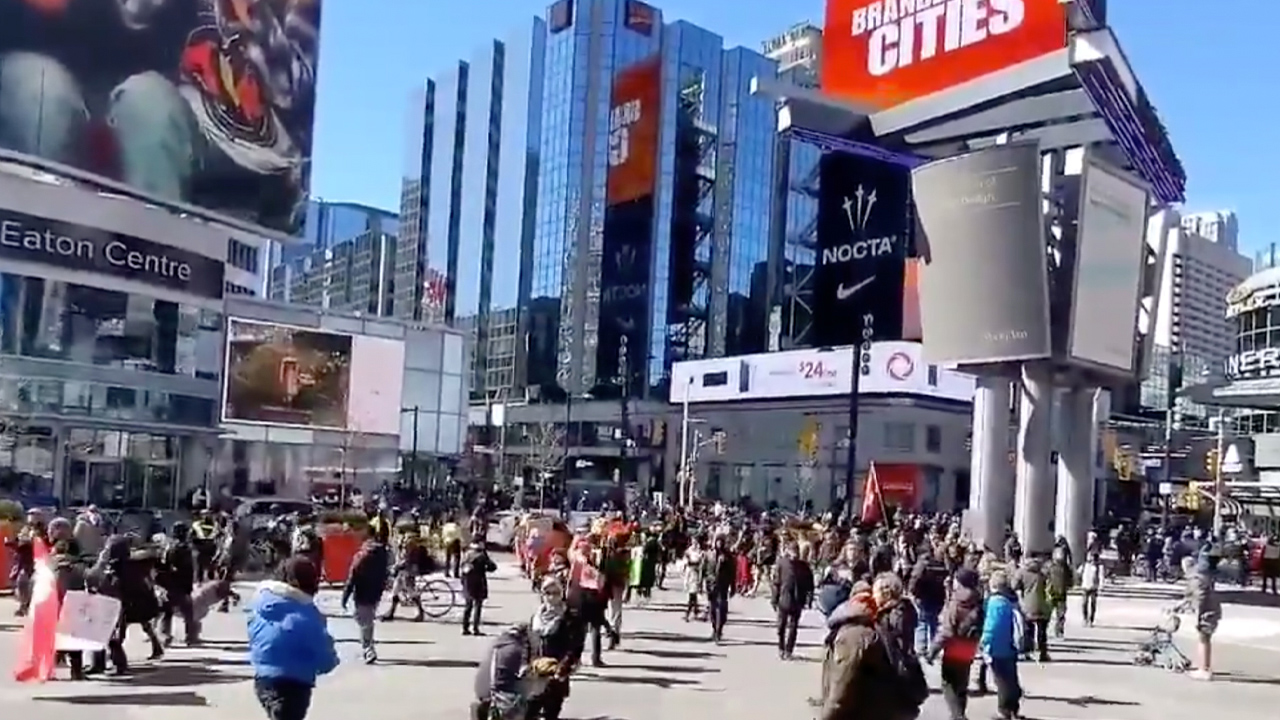 Protesting against the lockdown in Toronto seems to be “legal” once again. This past Saturday marked the second straight week of no arrests or fines issued by police during the continuing demonstrations against restrictive measures put in place by the provincial and municipal governments.

With the stay at home order finally lifted for the City of Toronto, officers seem to be no longer arresting or charging protesters gathering in the city's downtown core.

Excerpts from today’s lockdown protest in downtown Toronto; no arrests were made so far. More to come @RebelNewsOnline pic.twitter.com/rZF7bOi4EP

The protesters gathered at the site of Ontario's legislature, Queen's Park, just as they had nearly a year prior. Much like they have each weekend, demonstrators then marched through the streets of downtown Toronto.

One man, carrying a Canadian flag and armed with a megaphone, seemed to somewhat symbolically lead the charge as police stood around Yonge-Dundas Square, though they made no effort to prevent the protesters from entering the public square as they did just a few short months ago.

Here is the moment Toronto's lockdown protesters confirmed that waving the Canadian flag in the public square is now legal.

Despite weeks of violent arrests and dozens of fines by @TorontoPolice, the protests continue. pic.twitter.com/fwxpOcMsxT

Seeing a few people walk past the officers and into the square, many more soon followed.

Patriots return to Yonge-Dundas Square. This time in numbers 🇨🇦

This is the second Saturday in a row where no arrests have been made by @TorontoPolice.#Antilockdown #Toronto @RebelNewsOnline pic.twitter.com/y82pristkB

“We are officially in the square,” a voice can be heard saying over a loudspeaker.

According to some posts on social media, further demonstrations are planned for the upcoming weekend, with claims of large gatherings to be held across Canada and the world to rally against COVID-19 restrictions.