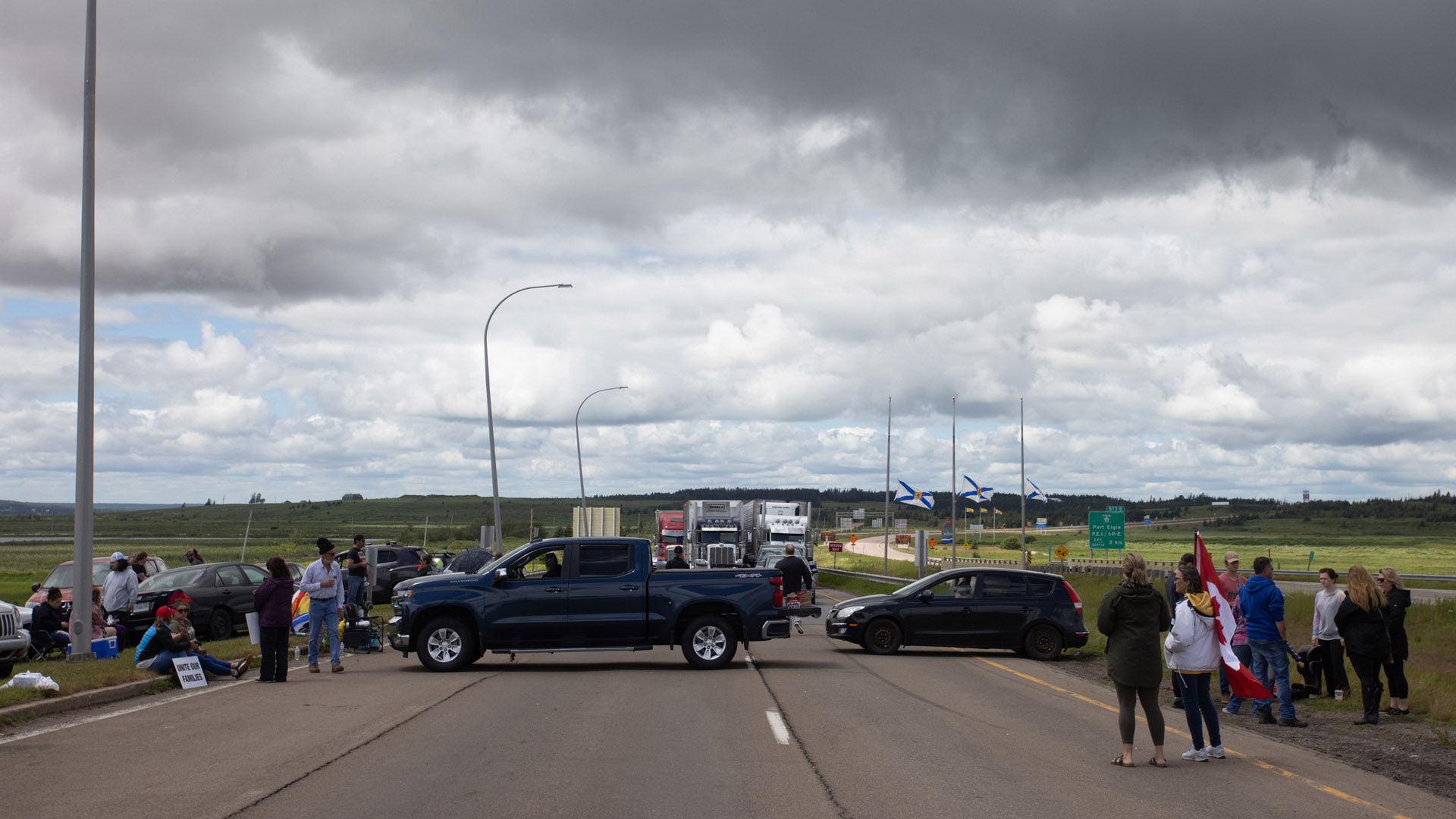 More than 100 transport trucks are backed up at the Nova Scotia–New Brunswick border, as the local NS MLA who called for the blockade yesterday asks protesters to stand down.

Yesterday, MLA Elizabeth Smith-McCrossin called on her constituents to join her at the provincial border to block the highway in protest. The shutdown is in response to Nova Scotia's Liberal government's COVID-19 travel rules, which were changed suddenly today to deny unvaccinated New Brunswick residents entry to Nova Scotia without isolation.

Progressive Conservative MLA Smith-McCrossin (Cumberland North) represents the border region between the two maritime provinces, and the Trans Canada Highway 104 is the main point of entry.

The highway remained closed as of this morning, according to a social media post from the local RCMP.

Hwy 104 at the Nova Scotia/New Brunswick border remains closed due to a protest over COVID-19 border restrictions. RCMP resources from Nova Scotia and New Brunswick are on scene. Motorists are asked to avoid the area. #Amherst pic.twitter.com/WjxeTqg4Kk

Police on scene are blocking traffic.

This morning, at 11:39 a.m. AT., Smith-McCrossin updated her Facebook profile to announce that she had been waiting for Premier Iain Rankin at his office in downtown Halifax since 8:30 a.m. AT and would not leave “until the Premier meets with [her] on your behalf”. She also encouraged people who are “keeping the TransCanada highway closed to allow traffic to move for everyone's safety” and to head to Halifax two hours from the border to join her on Thursday.

Several minutes later, at 11:53 a.m. AT., the premier uploaded a message to his Facebook profile to denounce the blockade and asked residents to give the government and their chief medical officer Dr. Robert Strang another week:

The Trans-Canada is blocked today because of the reckless actions of MLA Elizabeth Smith-McCrossin. Truck drivers are not getting across the border; the hospital in Amherst is now only offering essential services; & schools are not able to open.

This is unacceptable and the MLA must tell her protesters to stand down.

I ask all Nova Scotians to trust public health for one more week as we get more doses in arms and protect our province. Let’s give Dr. Strang and public health the confidence we have for the past 16 months.

There are two land border entries connecting Nova Scotia to the rest of the country. The main entry is the Trans-Canada just outside of Amherst. A second, smaller entry in Tidnish Bridge is reportedly also blocked, but protesters are allegedly letting some travellers through.