Ottawa's Tomb of the Unknown soldier vandalized with swastika 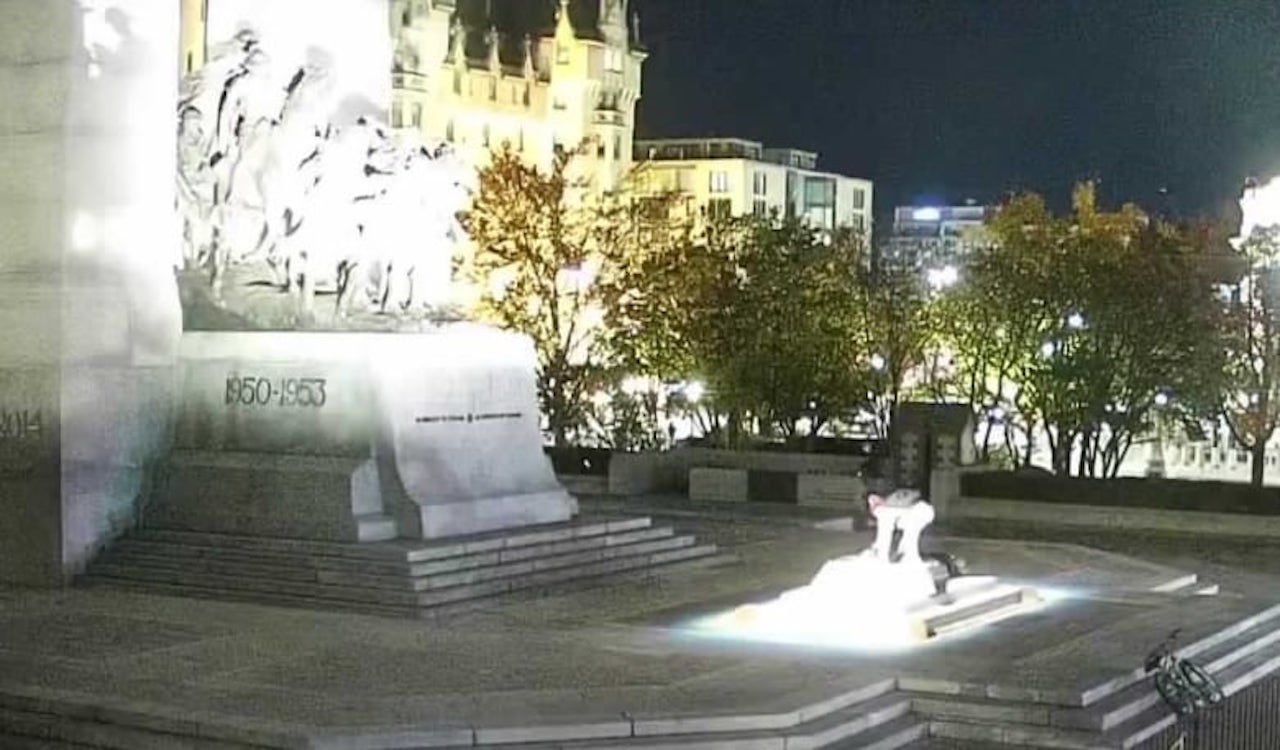 Ottawa police are looking for assistance in finding a suspect who carved a swastika into a monument at the National War Memorial.

The incident occurred on the evening of October 14, around 9:46 p.m. A suspect, described by police as a white man who was wearing a light-coloured sweater, dark pants and a dark tuque carrying a black backpack, used a sharp tool to carve a swastika into the helmet of the grave stone marking the Tomb of the Unknown Soldier.

The suspect then fled the area on a bicycle.

Veterans Affairs Minister Laurence MacAulay described the crime as “the desecration of a site that stands as a permanent reminder of the memories and sacrifices of every single person who has fought and died in the service of Canada.”

Police have said that the monument has since been repaired.

Designed in 2000, Canada's Tomb of the Unknown Soldier was established to honour the more than 116,000 Canadians who have fallen while serving their country. The grave contains the remains of an unidentified Canadian soldier who died in France while fighting in the First World War.